Reaktor
News
“I am of the same “slow ship” style as my father.” Maxim Mayorov – about moving to Yaroslavl, national team debut and passion for tennis
“I bought a cake and gave flowers to my mom with my first paycheck.” Yaroslav Tsulygin – about his JHL debut with Tolpar
Was signed up for hockey at the age of three, was dressed as a goalie in an extreme situation and looks up to Datsyuk: take a closer look at the leader of Irbis and the hope of Ak Bars
Edgar Varagyan: “When we were on the plane, guys told me: “He is an enforcer, he would beat you up with no sweat.” I thought: things happen, he would beat me up and so what?”
“As time goes by, taking a flight to Sakhalin feels almost like being stuck in Moscow traffic.” Daniil Veremeichik – the JHL's Best Player on Social Media
“Working out in a gym is a type of rest for me.” Ivan Murashov had the best season of his career, dreams of playing in the KHL and has not eaten any fast food for two years
“Condensed milk is the only unhealthy food available for the national team.” Raul Yakupov – about the Black Sea Cup, the KHL debut and the season with Reaktor
“Four years in the JHL was a great time. Winning the Cup with Dynamo was the best moment.” Ivan Didkovsky about junior phase of his career 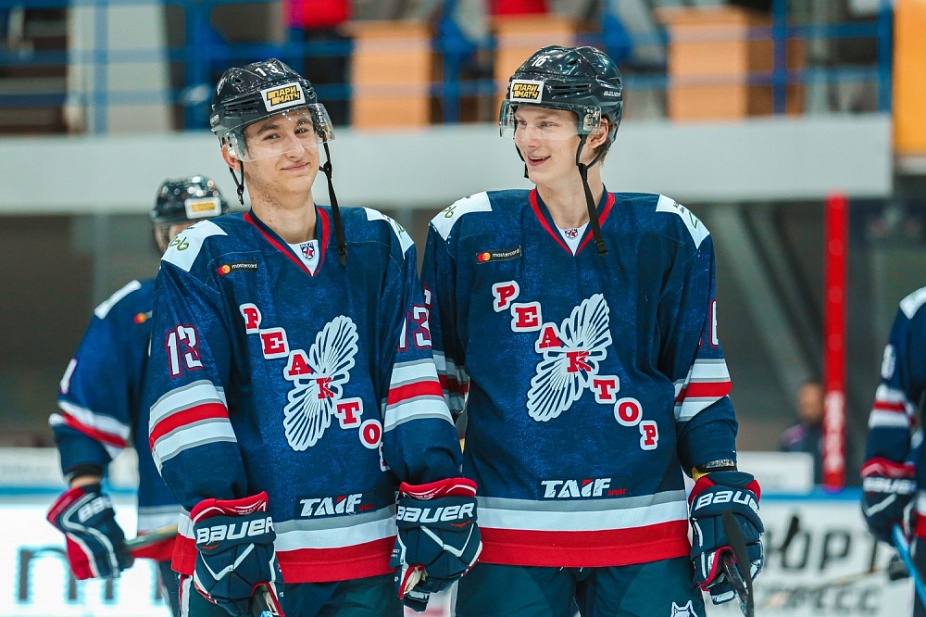 Junior Hockey League media relations department continues the Room To Grow series about each team’s performance in the 11th season. Today we take a look at Reaktor Nizhnekamsk – a Tatarstan team that missed the playoffs this year.

After enjoying several successful seasons in a row, Reaktor Nizhnekamsk missed the playoffs this year. Tatarstan’s second team got off to a decent start and stayed in the playoff zone for a while but then hit an inconsistent patch, lost points to their direct competition, dropped out from the Top-8 and never managed to climb back up. Late in the regular season the team put together a neat winning streak but Reaktor was well out of the playoff picture by that time and never made up the ground. Nizhnekamsk finished just 12th in the Eastern Conference. The downfall was largely prompted by several losses to bottom-half teams. Notably, Nizhnekamsk suffered a catastrophic 11-3 loss to Sarmaty Orenburg.

Ilya Paranin and Maxim Polkin played all of 64 regular season games and yet failed to surpass their linemate Andrei Chivilev in points. The latter played three fewer games but finished with 26 goals, 38 assists and 64 points. Interestingly enough, the forward also led Nizhnekamsk in penalty minutes this season. Daniel Butsayev scored 30 points. Bulat Motygullin led Reaktor defensemen in points. He captained Team East at the 2020 JHL Challenge Cup and led his conference to their first win in years. Yaroslav Ozolin remained the starting goaltender for Reaktor this year. He played 56 games. 17-year-old Azat Shakirov played 15 games, while Artyom Yevpak had 9.

Most productive line – Chivilev-Paranin-Polkin. The line combined for 41 goals.

Andrei Chivilev led the team in penalty minutes with 139.