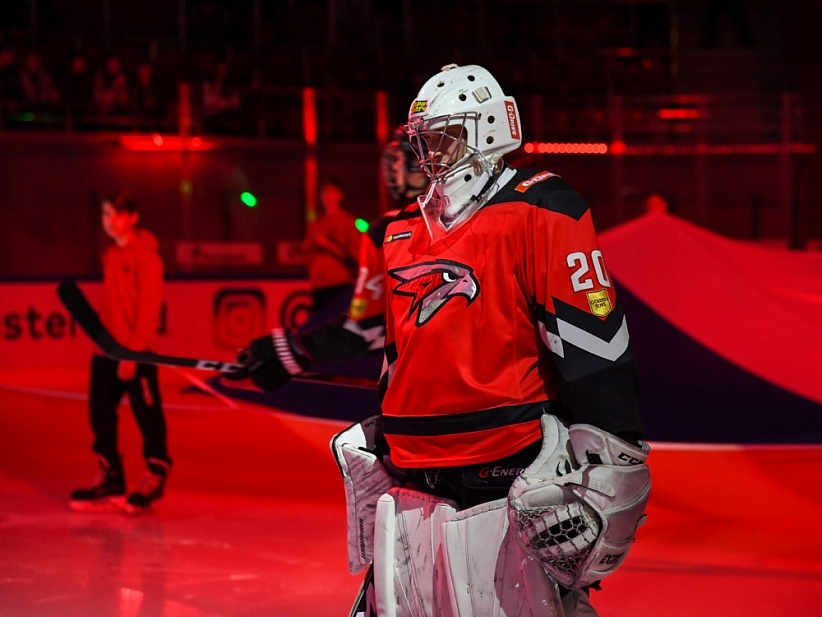 Main
Interview
GEORGY DUBROVSKY: “WHEN I WAS A KID, I WOULD TAKE MY PLACE IN NET LIKE ALEXANDER YERYOMENKO”
Share

First steps in hockey
I guess, you can say that I signed up for hockey myself. My parents were never against each and I dreamt of becoming a hockey player since I was 3 years old. My parents worried about it because it’s a dangerous sport but I managed to change their minds and when I was 8 years old, they finally put me in hockey school. My childhood in Ufa was amazing. There were a lot of memorable moments – both with my teammates and classmates. I remember how I skated with a chair at my first practice. I barely wobbled my legs around because it was really difficult. Evgeny Anatolievich Razumnyak was our coach. He’s a very good coach. We won a lot of trophies with him. 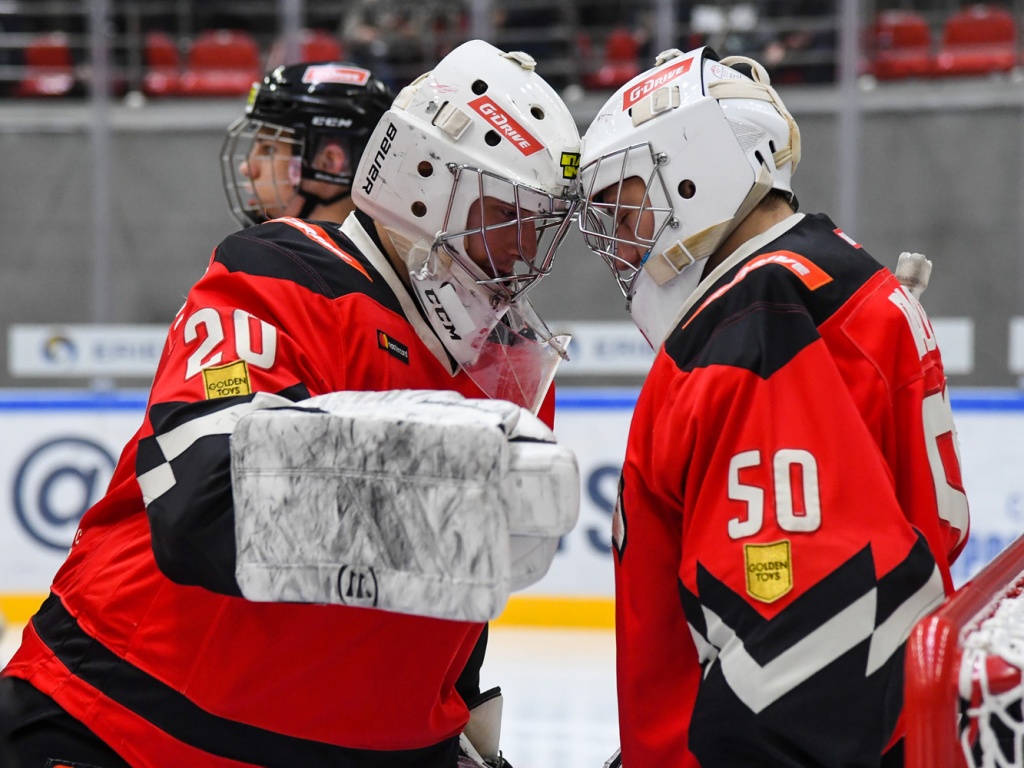 Salavat Yulaev junior hockey school
Salavat Yulaev junior hockey school is an Olympic reserve school but it’s not the only one of its kind in Bashkortostan. There’s also Toros in Sterlitamak. Goaltending coach Andrei Leonidovich Vasilevsky put me in net at my second practice in life. He came up to me and asked if I wanted to be a goaltender. I agreed because my idol growing up was Alexander Yeryomenko. I really liked him when I was a kid. I would play in goal outdoors, too. So I became a goaltender just on my second day in hockey.

In 2015 I finished 3rd in Regional Championship with Salavat Yulaev but I had good statistics. Back then you could still bring an extra 5-man unit and a netminder from any other team if you made it to the final so I was invited to play for Traktor. The final was held in Dmitrov. We faced Ak Bars and lost. If I had to point out anyone from my class in Salavat Yulaev school, it would be Rodion Amirov, who is a year younger than me but he’s already getting called up to KHL team. He makes swift progress. I hope he’s going to do well.

JHL debut
I was nervous before my first game for Tolpar. After all, Junior Hockey League is a different level, different emotions and different demands. We played against Irbis – it was a Green Rivalry game. I was really nervous but everything went away after the first period. I got into the game and stopped focusing on things around it and the pressure that comes with it. We didn’t get off to a good start. We allowed a quick goal but the boys supported me and we went on to win 3-2. I was very happy. It was a real relief because everyone congratulated me and supported me. It was great. I got my first shutout win after I moved to Omsk. I got it with Omskie Yastreby when we played against Altay. That was my second game.

Moving to Omsk
It was difficult to move because I spent almost my entire life in Ufa. That’s where all of my friends and family live. My parents, on the contrary, were happy for me because it meant I would get more opportunities for growth and progress. Now I have friends here as well and my parents moved with me, too. Athletes need support and my parents are always by my side.

I met with my new team the very same day. I started hanging out with players of my age and then gradually got to know everyone else. At first it felt awkward to be in a new city and on a new team so I was a little nervous at first. I was met well. Everyone seemed friendly and there were never any conflicts. At first I lived at the baza because my parents couldn’t move so quickly. I lived in the same building with Matvey Zaseda so I started hanging out with him right away. A little later we became friends with Syoma Astashevsky. He’s my best friend on the team now.
Omskie Yastreby

My first game was against Altay. I was really nervous because I was out of game action for a while and I just joined the team. That’s how I felt for the first half of the game. The game itself was alright. We won.

It was difficult to compete with Gosha Romanov in the 2018-19 season because he’s a really good goaltender. I wasn’t worried that one of us was going to get his chance and the other wouldn’t. It’s up to the coach. All I had to do was just keep working hard and prove myself everyday that I can play at the high level. No one on the team joked about the fact that there were two Georgys in goal. Because actually there weren’t two but four of us! Coaches called someone Gosha and someone Zhora. I was usually addressed to as Zhora. They rarely used last names. My nickname on the team is Dub.
We did well in the playoffs. No one was expecting us to go so far. No one really believed that we could go further than the opening round but we proved them wrong. It wasn’t easy to play against Mamonty Yugry – after all, they finished on top of the conference in the regular season. Perhaps, we got burned a little because we were so close to winning that quarterfinal series. 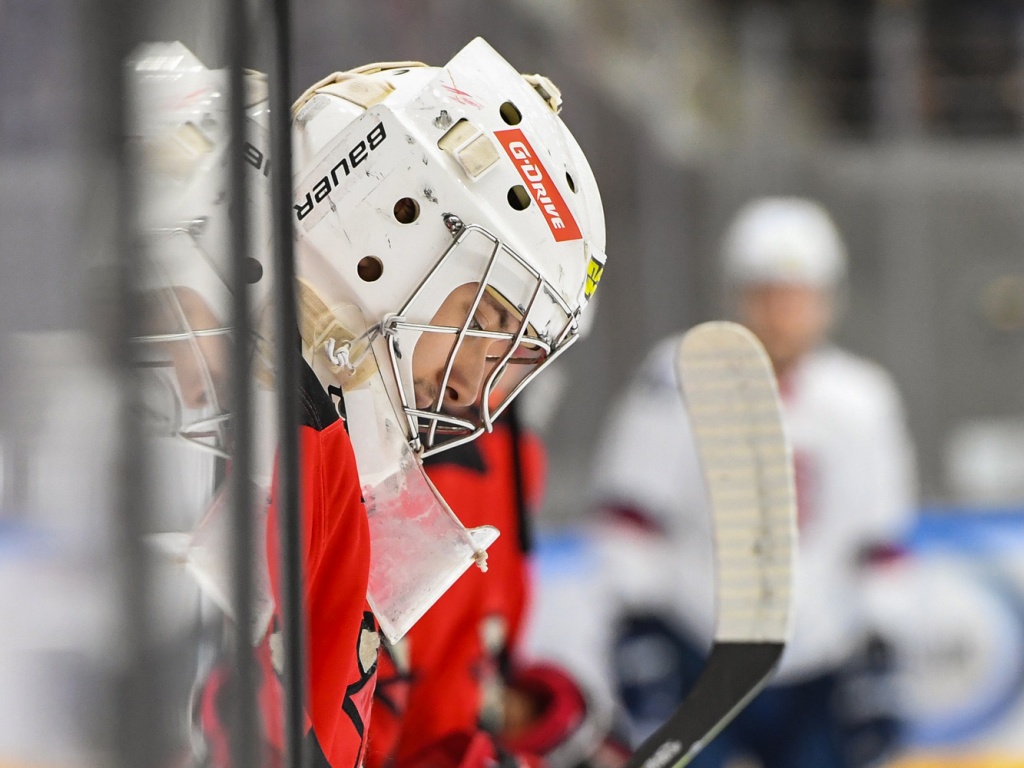 Tolpar as an opponent
The game against Tolpar was important for me. I took it as a challenge. I was nervous. After all, I played together with almost half of the team. So I wasn’t feeling particularly comfortable in the first period. It’s not easy to play against a team where you spent almost your entire life. I don’t relly stay in touch with anyone on the team. We bump into each other when I’m in Ufa but we don’t talk otherwise.

I’m a goaltender
I don’t think of myself as of a starting goaltender. I don’t follow how we’re doing in the standings but the boys do so I have an approximate understanding of where we are. I treat the games responsibly, with maximum focus and full battle mode. Obviously, I have a certain pre-game routine but I’m not going to talk about it. I have always worn #20. I’ve had it ever since I was a kid.

My mom always supports me from the stands. She comes to every home game. My dad doesn’t come because he worries too much about me. I’m afraid if something goes wrong, he would have to be carried away from the arena.

Recently, we moved to a new Avangard Academy complex and it’s great. The ice is superb and so is the support. We got a lot of important games at our first game there, including directors board chairman Alexander Vladimirovich Krylov. It was great that he enjoyed the way I played and gave me an exclusive cap. It’s an indescribable feeling. Ever since the academy opened, we started getting larger crowds at our games. It’s awesome. We’ve always had soldouts but a lot of people simply couldn’t get to the games and now they can and they give us great support.

There once was a funny moment when I thought that there was a delayed penalty call against Belye Medvedi so I sprinted to the bench to swap for the extra-attacker. Turns out that wasn’t the case. So I sprinted back to the net. Luckily, they missed the empty net.

Spare time
In Omsk my best friend is Syoma Astashevsky. We spent our spare time together. We can go to the movies or just for a stroll. I’m the same person on and off the ice. I always try to be happy, positive and talkative.

Life is unpredictable so I can’t say what kind of a person I’m going to be in ten years. Hopefully, I will be playing at a high level and my service will be required. I study online in Ufa. I’m majoring in coaching, I’m in my second year already. Nevertheless, I wouldn’t want to do just hockey for the rest of my life. There’s going to come a time when I won’t be able to play hockey for one reason or another. Then I would like to find myself in other domain because there are plenty of exciting things aside from hockey.