Ladya
News
EASTERN FAVORITES ENJOY WINS, MAMONTY YUGRY AND KRASNAYA ARMIYA CLINCH PLAYOFFS. FEBRUARY 26TH ROUND-UP
SAKHALINSKIE AKULY DEFENSEMAN CAME TO HOCKEY FROM WRESTLING. DOES THE EXPERIENCE HELP HIM ON ICE?
MAMONTY YUGRY AND STALNYE LISY WIN AT HOME, ALMAZ BEAT RIGA AGAIN. FEBRUARY 25TH ROUND-UP
“I STILL CAN’T QUITE GET MY HEAD AROUND THE FACT I PLAYED IN A KHL GAME”. 13 KRASNAYA ARMIYA PLAYERS LACED THEM UP FOR CSKA
FROM FULL-FACE MASK TO VISOR IN ONE DAY. NIKITA CHIBRIKOV COMMENTS ON OVECHKIN’S RECORD, EUROHOCKEYTOUR AND KHL
“MY TEAMMATES OFFERED TO RENAME THE MOVE AFTER ME”. HK RIGA PLAYER SCORES A BEAUTY
“WE WERE KIDS WHEN WE FIRST PLAYED TOGETHER”. JUNIOR HOCKEY LEAGUE TOP-SCORER SHARES HIS LINE’S SECRETS
“I DREAM TO RETIRE ON A HIGH NOTE – WITH ANOTHER KHARLAMOV CUP”. QUOTES FROM LAST WEEK’S TOP PLAYERS 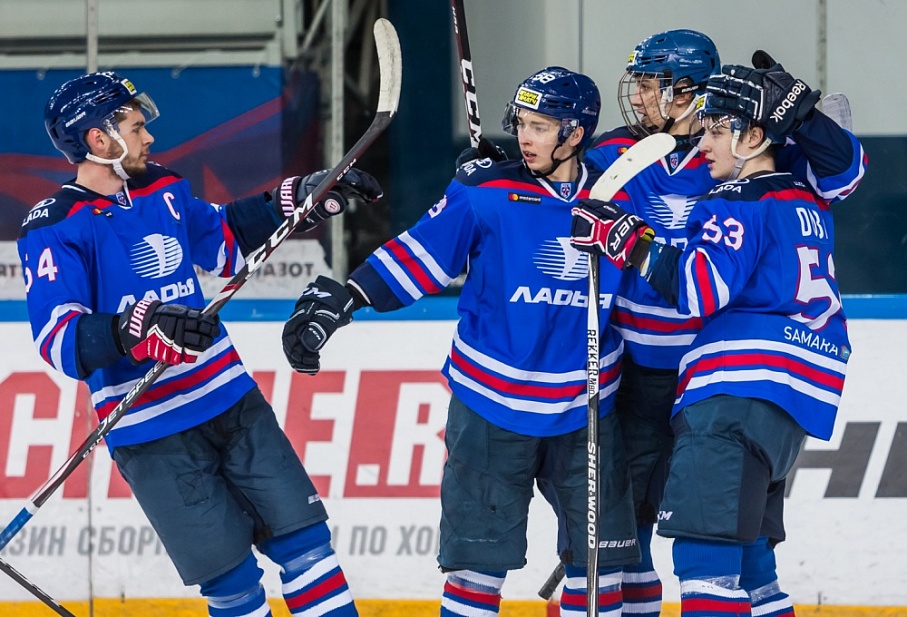 Ladiya Togliatti once again missed the post-season. While last season Togliatti lost their last hope of making the playoffs around the same time as did the teams who battled till the very end, this year Ladiya missed the post-season by over 40 points. The team began the season with Oleg Belkin at the helm. Until mid-January it was Gagarin Cup champions Vladimir Malenkikh who was the head-coach of Ladiya. Due to his promotion to VHL’s Lada Togliatti’s coaching staff, it was Oleg Larionov who took over the reins. At that moment Ladiya had only theoretical hopes of making the playoffs. Thus Ladiya’s last playoff game was five years ago. The team has never made it past the opening round. 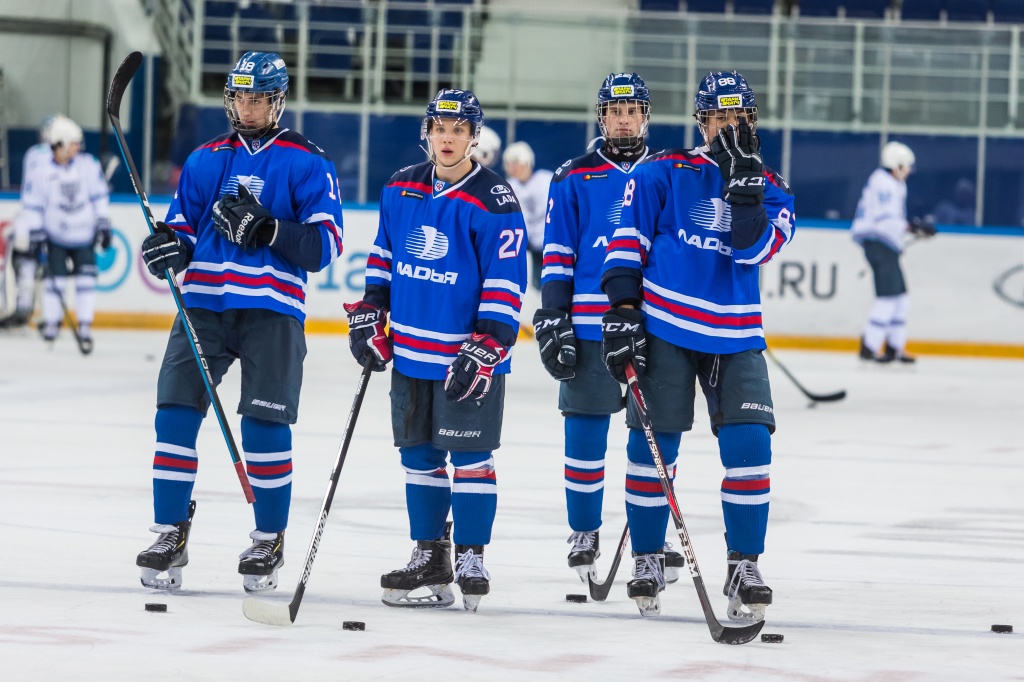 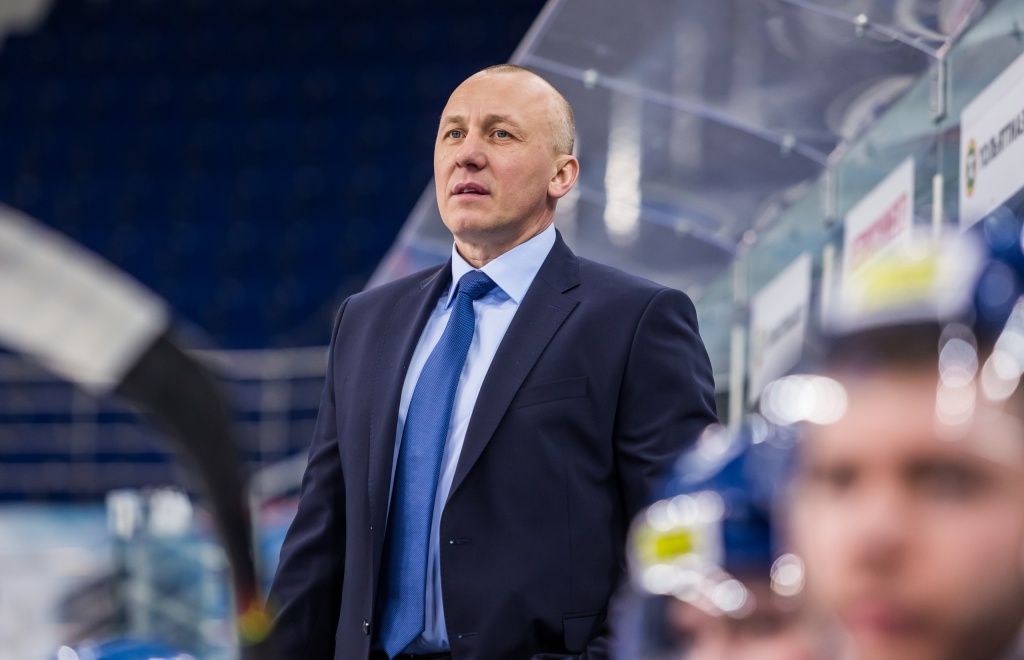 “I joined the team mid-season and became Ladiya’s third head-coach of the season,” said Larionov. “By that time the team had a minimal chance of making the playoffs. You could say, the weren’t any. So team management set no tournament goals for me.”

- What were you able to accomplish in six weeks with the team?
- First of all, I got to know the boys and their brand of hockey. They weren’t in the best mental state so I wanted to loosen them up a bit and give them an opportunity to win a few games. Second of all, our coaching staff tried to adjust the brand of hockey, make the boys force their game on the opponents, dominate on the ice and just enjoy playing hockey. I’m certain that the boys loved the brand of hockey that I preach.

- Your last road trip of the season was a disaster. What went wrong?
- We sent several players down to our YHL team, which was competing in the playoffs. It was a conscious move. We knew we would have a tough road trip. You always have to look for positives. Score-wise, it was a disastrous trip but there were no indifferent folks on the bench. The boys played with their hearts on their sleeves, blocked shots, engaged in physical battles and fought for every inch of the ice. It was frustrating to lose by such blowouts. It was challenging for both – myself and the players. But you have to be able to take a punch no matter what.

- You worked in YHL for five years before joining Junior Hockey League. How big is the difference between the two leagues?
- There’s an obvious difference between the two leagues and working in them. However, hockey is more or less similar. The only thing that is really different is that you have to take a bit of a different approach to the players. After all, they’re older, mightier and stronger. There are players who have already got their feet wet in professional hockey, some of them represented their nation in their age group. Getting to Junior Hockey Level is a challenge for me and new emotions.

- After a short vacation the team began a camp. Are you going to have try-outs for players for the next season? Will the players that you know well from YHL join Ladiya?
- We have a group of guys at Kometa. Some of them have potential and we can work with them. They have a chance to become professional hockey players. There are a few Lada-Vesta players who will go a level higher and we’re going to see what they’re capable of. For the remainder of the season we’re going to work on our future and lay the foundation for the next season. In late April we’re going to test the team at the Togliatti Cup.
Share