MASTERPIECES BY ABROSIMOV AND DEMIDOV, DYNAMO DOMINATION IN THE WEST. JHL WEEK ROUND-UP 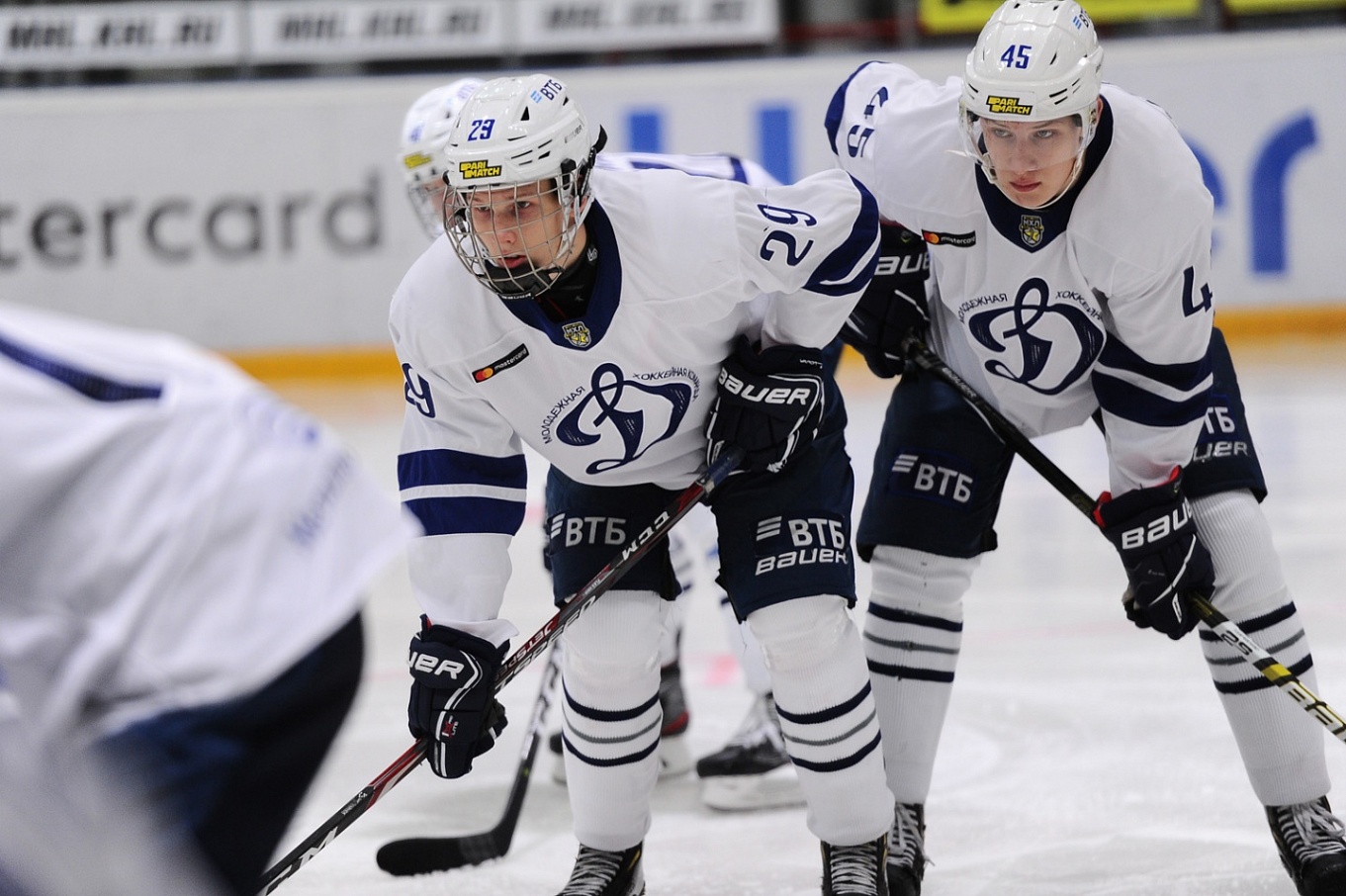 Sixth week of 2019-20 Parimatch Junior Hockey League regular season came to a close. As always we present you its facts, numbers and most vivid moments.

36 games took place in Parimatch Junior Hockey League regular season in the past seven days. A total of 693 players participated in the games, including 50 goaltenders, 237 defensemen and 406 forwards.

The teams combined for 215 goals in the past seven days, three of which were scored on the empty net. Home team netted 116 goals, while the visitors had 99. An average of 5.97 goals was featured per game. 156 players scored at least a goal.

Top-scorer of the week – Nikita Lukhovskoy (JHC Dynamo Moscow) with 8 (6 goals, 2 assists) points. He also led the league in goals with six.

Most saves in a single-game were made by Daniil Chechelev (Russkie Vityazi). In the game against JHC Spartak Moscow on October 16th the goaltender made 43 saves.

Most productive minute was 49th as it featured eight goals.

Most popular final scores were 3-1 and 5-1 as they were registered five times each.

The quickest goal was scored in the game between Almaz Cherepovets and Russkie Vityazi on October 12th. Cherepovets forward Nikita Guslistov found the back of the net 18 seconds in.

The latest goal was scored in the game between Almaz Cherepovets and Amurskie Tigry Khabarovsk on October 18th. Cherepovets forward Maxim Nevolin scored at 63-36.

The most penalized game was the one between Krasnaya Armiya Moscow and Mikhailov Academy Tula, which took place on October 13th. The teams combined for 135 (54-81) penalty minutes.

It’s not always easy to score from a meter away!

Russkie Vityazi forward Semyon aka Do It All Yourself Demidov and his phenomenal solo dash.

Avto Yekaterinburg goaltender Mikhail Isayev did everything he could to end Irbis Kazan winning streak.

The matchup between Krasnaya Armiya Moscow and Mikhailov Academy Tula turned out to be very emotional.