Back to the list
News
Roman Kantserov: "I never even thought about leaving Magnitogorsk"
Gleb Petrov: "I want to win everything I can" - the top league's sniper talks childhood, North America, and current season
“We win because we play as a team and have known each other for a long time”. Loko-76 defenseman shared the secret of his team’s success
Alexander Perevalov is a true professional. He is very strict about the sharpness of his skates and enjoys himself at practices
First 4-goal performance, Green Rilvary hero and Magnitogorsk goals galore. JHL week round-up
Irbis won their first games of the season after losing eight straight – beating their arch-rivals in Green Rivalry
“Ideal team balance is what makes every coach happy!”. Rinat Khasanov shared secrets behind Krasnaya Armiya’s great start of the season
Amazing saves galore, Tula heroics and Krasnaya Armiya’s first loss. Junior Hockey League weekly review
BELYE MEDVEDI GET ON A ROLL, MAMONTY YUGRY WIN EIGHT STRAIGHT. OCTOBER 10TH ROUND-UP
Share 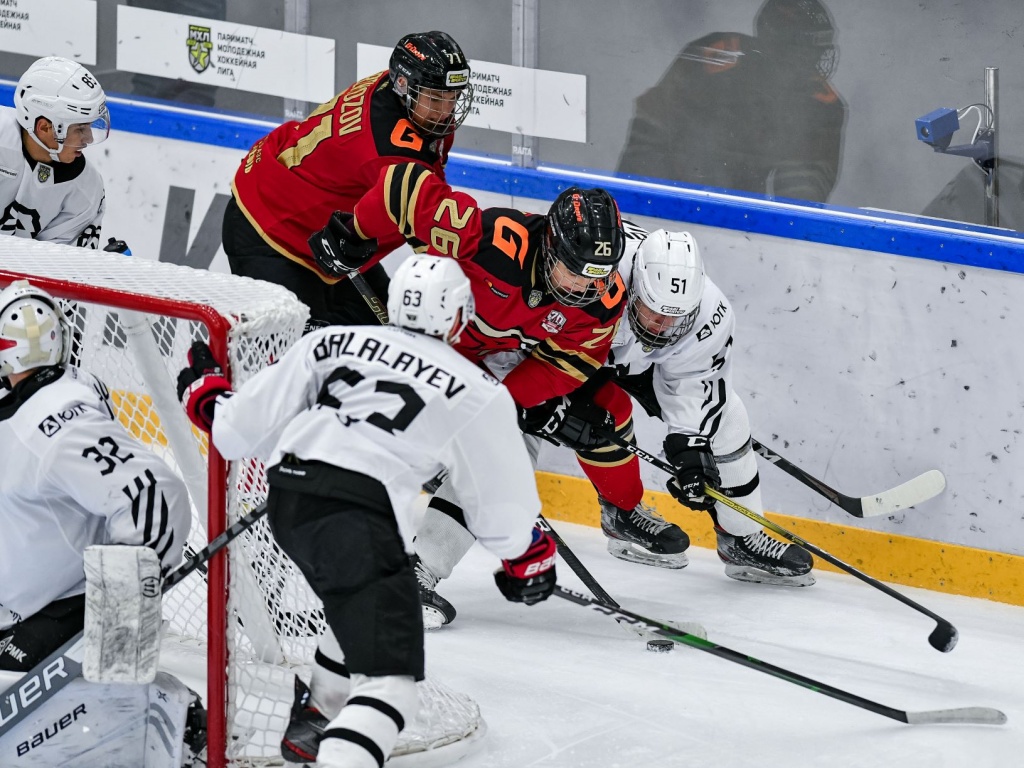 Belye Medvedi Chelyabinsk have been on a roll lately, which propelled them to mid-table in the Eastern Conference. Comparing to their catastrophic record in September, the ‘Polar Bears’ made a great progress. Chelyabinsk won in Omsk – and it was their second consecutive success in town. However, they had to work hard for it. Danila Dudin solved Artyom Danilov just ten seconds into the second period. The visitors managed to tie it up and get in the lead before the intermission as they converted twice on a power play. Konstantin Lukin and Kirill Kadyshev had the markers.

Gritty battle continued in the final period of regulation. Nikita Savchenko brought the game back to even and after Kadyshev scored his second of the game, Nikita Kholodilin leveled it 3-3. Nevertheless, Belye Medvedi scored the game-winning goal with just over a minute remaining on the clock as Konstantin Lukin scored his second of the afternoon as well. With this 4-3 win Belye Medvedi leave Omsk with four points. 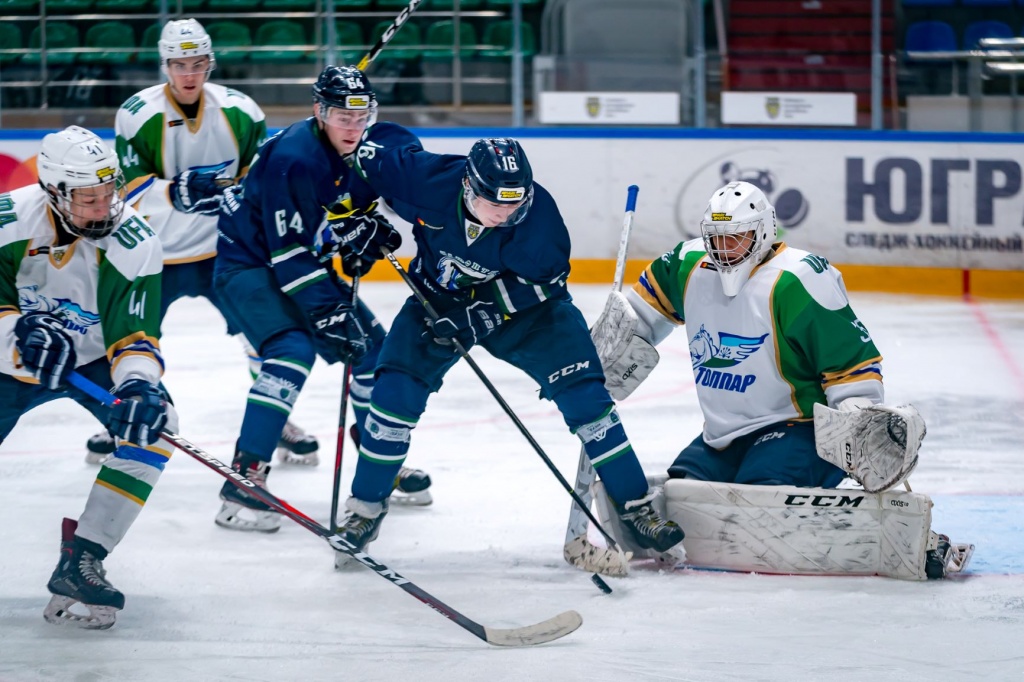 Mamonty Yugry played hosts to Tolpar Ufa in Khanty-Mansiysk. The teams are neighbors in the Eastern Conference standings, which only add extra sauce to the game. Ufa would topple the hosts for the fourth spot in the conference if they could get a win on the road. First goal of the matchup came 13 minutes in – Danil Petrov brought the fans to their feet as he fired it past Semyon Vyazovoy. Early in the second period Alexander Golovin, who leads Khanty-Mansiysk in points, double the lead for the ‘Mammoths’.

The visitors responded with a tally by Alexander Komarov midway through the second period, while Vyacheslav Smirnov brought it back to square one early in the third stanza. Mamonty Yugry had the momentum on their side for the remainder of the game but scored the winner only in overtime – with two minutes remaining on the clock Vasily Atanasov won it for Khanty-Mansiysk. The ‘Mammoths’ enjoy their eighth consecutive success. 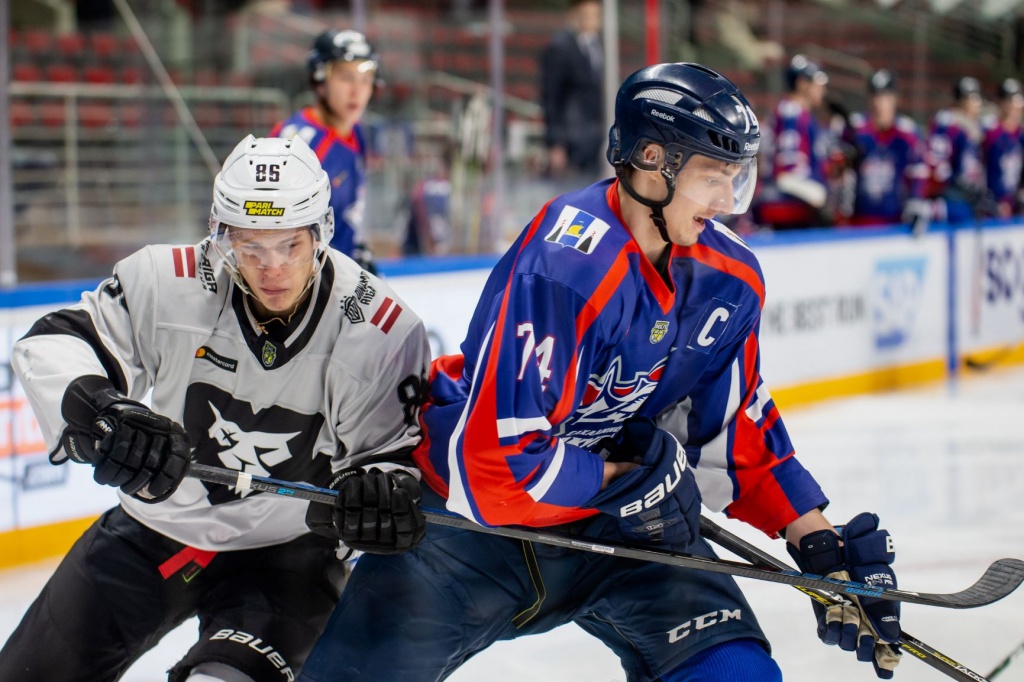 HK Riga faced Sakhalinskie Akuly for the fourth consecutive time. Yuzhno-Sakhalinsk couldn’t get a single point in the three previous games in Latvia. They came up empty this time as well, although Riga met a few problems along the way en route to two points. The teams spent a lot of time playing shorthanded in the opening period and there was no score. Only after the halfway mark of the second period did Miks Tumanovs put it past Semyon Maiko.

HK Riga survived Kristaps Skrastins’ minor and then extended their lead – Denis Fjodorovs scored two minutes after from the second intermission. Sakhalinskie Akuly had the momentum on their side in the third stanza but all they could get was just a single tally by Fyodor Kormachyov. Yuzhno-Sakhalinsk couldn’t force overtime and lost their fourth consecutive game.