“PULLING A LITTLE SENSATION WOULD BE GREAT”. TOP PLAYERS OF THE WEEK QUOTES

Back to the list
News
Roman Kantserov: "I never even thought about leaving Magnitogorsk"
Gleb Petrov: "I want to win everything I can" - the top league's sniper talks childhood, North America, and current season
“We win because we play as a team and have known each other for a long time”. Loko-76 defenseman shared the secret of his team’s success
Alexander Perevalov is a true professional. He is very strict about the sharpness of his skates and enjoys himself at practices
First 4-goal performance, Green Rilvary hero and Magnitogorsk goals galore. JHL week round-up
Irbis won their first games of the season after losing eight straight – beating their arch-rivals in Green Rivalry
“Ideal team balance is what makes every coach happy!”. Rinat Khasanov shared secrets behind Krasnaya Armiya’s great start of the season
Amazing saves galore, Tula heroics and Krasnaya Armiya’s first loss. Junior Hockey League weekly review
Interview
“PULLING A LITTLE SENSATION WOULD BE GREAT”. TOP PLAYERS OF THE WEEK QUOTES
Share

Top players of the fourth week of Parimatch Junior Hockey League regular season comment on their success. Atlant goaltender shared his plans for the season, Mamonty Yugry defenseman spoke about his team’s quarantine and Chayka forward commented on his first JHL games. 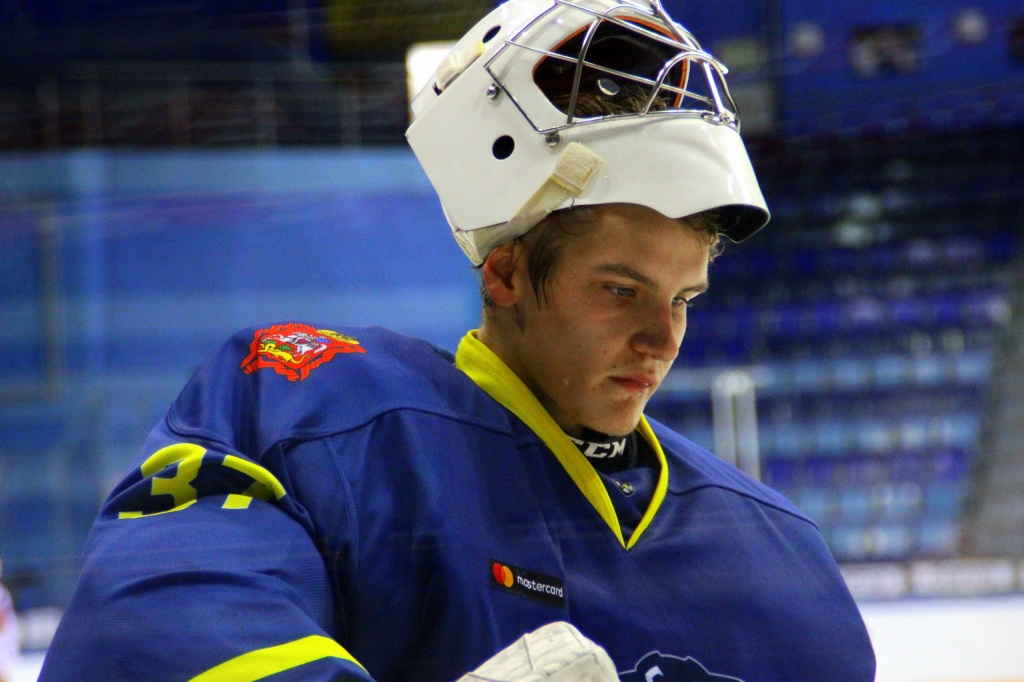 “This season I’m getting substantially more ice-time than before. This is exactly why I moved from Spartak to Atlant. I played 9 games out of 10. I’m ready physically and mentally for the workload. I’m in great shape. The hard work at pre-season pays off. Besides, I practiced individually on top of that while being quarantined. I jogged every morning and lost almost 10 kilos!”.

- Are the games against Spartak special for you this season?
- I don’t think so. I know a lot of guys there and it’s going to be great to hit the ice with them. I don’t feel any extra motivation. I will prepare for those games the way I normally do.

- This is going to be your last season in junior hockey.
- It doesn’t really affect me. I realize that I have one more season to really prove myself. I want to compete in the playoffs at last. When I was on Spartak we made Kharlamov Cup Playoffs twice but I played just two games. I want to help Atlant to make the post-season for the first time in a long time and pull off a little sensation! This is our main objective for the season.

- Atlant won several games in a row and now feel comfortable mid-table.
- We win because we give our everything. We have a well-bonded team this season. We have enough experienced players on the team who have played for a few years in the league and that helps a lot. On the whole, Atlant is still just getting close to the peak of our form. We haven’t showed what we’re really capable of yet. 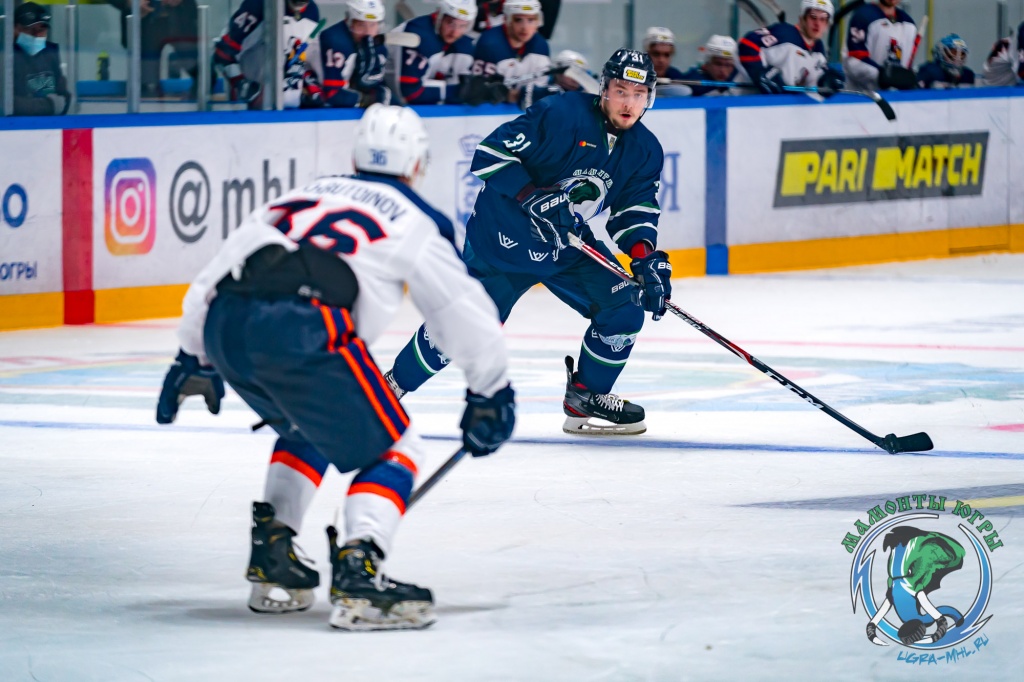 “Our season began with quarantine. Right after the first game of the season against Irbis [Kazan] we had to be self-isolated for a couple of weeks. It was rather frustrating to kick off the season not exactly the way we had planned. We had to stay home and then get ready for a home series in very limited time. However, after the break we won five games in a row so it’s difficult to say if quarantine got in the way of anything. It’s great that we won all of our home games. It’s comfortable to play at home. Sadly, our fans can’t come to the rink to support us yet.”

- Mamonty Yugry made a lot of adjustments to their roster this off-season.
- We have a lot of rookie who were born in 2003 and 2004. They weren’t used competed at this level but we helped them the best we could. A lot of them were nervous. We supported them and prepared them for the games. There are also a few more experienced rookies. For instance, Alexander Golovin joined our team from Tyumensky Legion. He leads our team in scoring right now and his experience helps us win.

- You blocked 7 shots in the past 2 games.
- It’s one of coach’s demands that I did my best to meet. Because the more shots you block, the more chances you have to win. I don’t pay attention to that. After all, it’s nothing out of the ordinary for a defenseman to block shots. 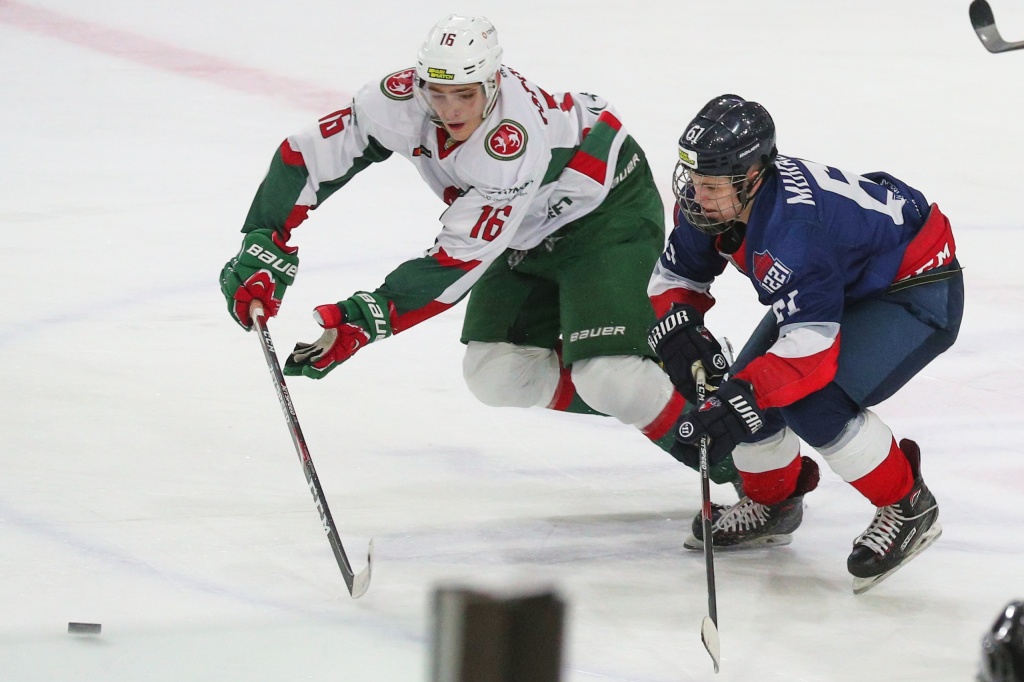 “I joined Chayka right before the season. I spent the pre-season in Lokomotiv [Yaroslavl] system and began the regular season with Nizhny Novgorod. I had to leave my home and family far behind but it’s a new challenge for me. It’s difficult to join the team when the season has already begun. I had to build chemistry with my teammates during the games. It’s crucial to be on the same page with your teammates and it takes a certain time to achieve it. I know a few guys on Chayka and it helps. For instance, Maxim Berezhonov, Alexei Averianov, Daniil Sobenin and coach Maxim Yurievich Ovchinnikov, with whom I worked back in Yaroslavl junior hockey school.”

- This is your rookie Junior Hockey League season and yet you already lead Chayka in points.
- These goals really helped me to adapt to my new team and gave me confidence. I have to admit that I got lucky with a few of those. Besides, my teammates do a great job setting me up for shots and I’m able to score off their assists.

- Chayka is currently on a winning streak, during which you beat the top team of the Eastern Conference Sputnik Almetyevsk twice.
- Those were difficult games. Sputnik is well-taught and aggressive team. Those wins were very important for us to gain confidence. I managed to score a goal in each of those games. And in the first game I even scored the winning goal with just a few minutes remaining to play in regulation. Those were emotional moments. I’m glad I was able to help my team win those important games.

- In September several Chayka players were called up to Torpedo to compete in KHL.
- Those call-ups motivated all of the players. Right now every team gives a chance to their young players so everyone is motivated to prove his worth and earn a call-up to KHL team.