“SCORING TWO AGAINST SPUTNIK IS MORE IMPORTANT THAN SCORING A HAT-TRICK AGAINST REAKTOR”. COMMENTS BY TOP PLAYERS OF THE WEEK 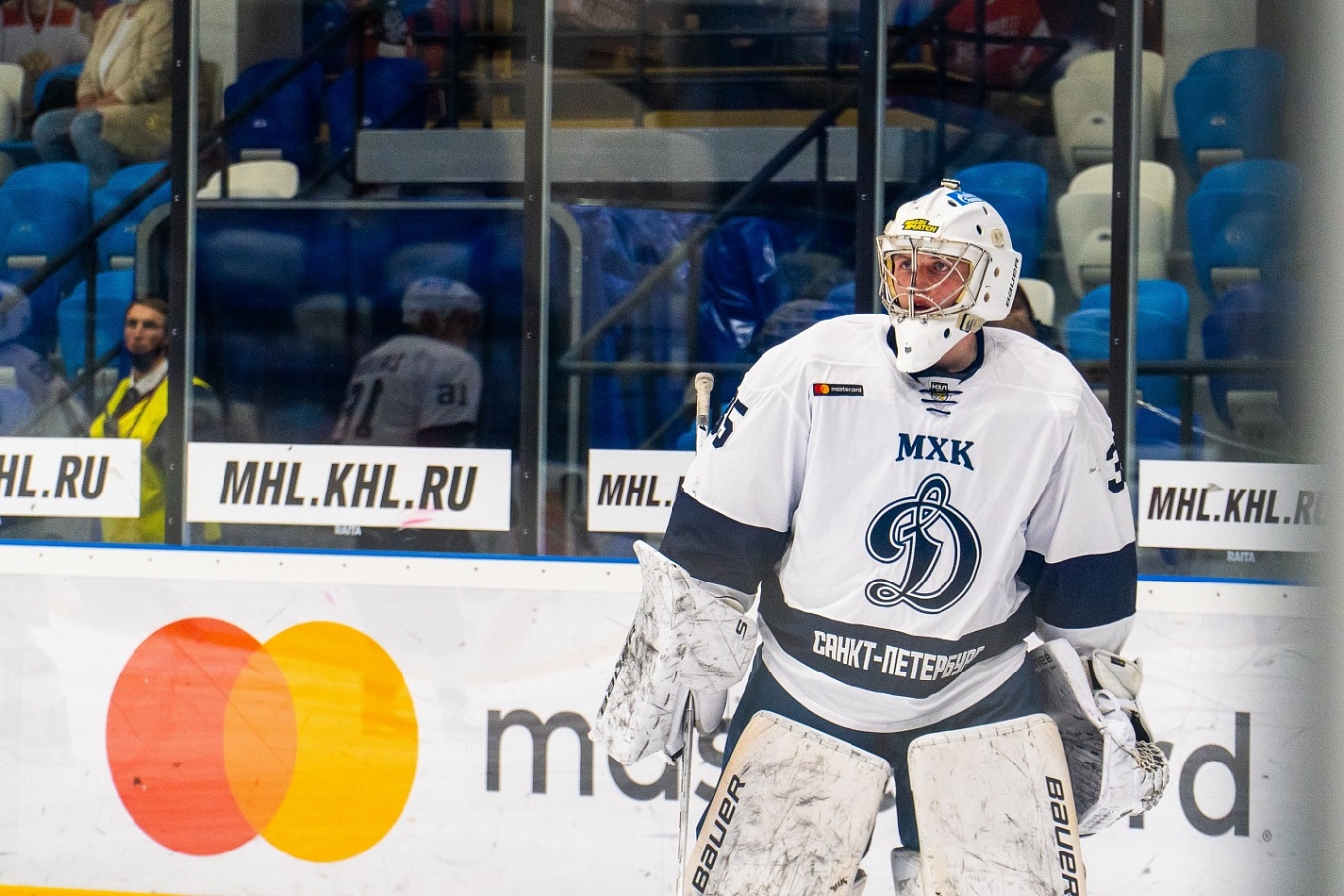 Interview
“SCORING TWO AGAINST SPUTNIK IS MORE IMPORTANT THAN SCORING A HAT-TRICK AGAINST REAKTOR”. COMMENTS BY TOP PLAYERS OF THE WEEK
Share

Top players of the third week of Parimatch Junior Hockey League regular season comment on their success. JHC Dynamo St. Petersburg goaltender spoke about his second shutout of the year, Loko Yaroslavl defenseman shared how he prepared for the game against one of Western Conference top teams, while Irbis Kazan forward shared his thoughts about two Tatarstan rivals.

“Last week we played our first game in Tula. I was impressed with Mikhail Academy’s new arena. It’s very modern, it’s beautiful and has great infrastructure. Second game against Tula was very intense. We managed to win 1-0. We didn’t relax after the blowout win the day before and we knew the opposition would come out hard right out of the gate. They had nothing to lose because they lost three in a row in front of their fans.”

- It was your second shutout win of the season. Do you think you can repeat your last season’s achievement of 11 regular season shutouts?
- I don’t focus on the number of shutouts so it wouldn’t distract me. Right now coaching staff often trusts me to start and that’s why I’m always ready to play.

“Last week Loko’s long road trip came to an end. After playing in St. Petersburg we travelled to Mytischi. We wanted to bounce back after losing to Dynamo and begin a new winning streak. Everyone really wanted to score a goal in the first game against Atlant. Everyone was opting for individual effort and that’s why we were able to combine for as many as 10 goals.”

- In the first games of the season Loko allowed virtually no goals but that seemed to have changed over the road trip.
- I don’t think it’s a complex problem. Most likely we just lost energy over the laborious road trip and accumulated fatigue. That led to unforced penalties and conceded goals.

- In the game against Atlant you scored as many as three points. That was your first productive game of the season.
- I don’t connect it to anything. I played the same way I did in other regular season games. I just played my game and didn’t think about points. I scored just four points last season and after these games I have three already. I’m become more experienced and confident in myself. That’s why I’m able to help my forwards more often and join the rushes.

- Loko are about to face Russkie Vityazi – one of the top Western Conference teams.
- We’re going to prepare for the games seriously. We’re about to meet a formidable opponent. We’re going to have a somewhat long break after the games against Atlant so there’s going to be enough time to prepare. No one is going to go out of synch over the stretch. We have great desire to play and keep winning.


- In the second game against Reaktor Nizhnekamsk you scored as many as six points, including a hat-trick.
- I believe I’m in top shape right now. The thing is, I played just two games in the pre-season. I was at VHL’s Bars camp and the team rotated a lot of players to test as many of them as possible. That’s why it’s difficult to get into the rhythm of the team early in the season – physically as well as mentally. While I’m haven’t peaked physically-wise, I’m doing well mentally. I’m at the stage when everything goes right! And I really enjoy the games where everything goes my way.

- Last week Irbis forwards were all over the table – the most productive line, top goal-scorer, top-scorer, most assists and top forward.
- Almost everything clicked for us offensively. I believe some of it is luck but our constant hard work pays off too, obviously.

- Irbis compete for the top spot in the Eastern Conference.
- We don’t think about being on top of the East for the moment because the season is still pretty young. The standings don’t reflect anything right now. A couple of weak games and we will drop significantly. But we battle for the top spot against Sputnik [Almetyevsk]. The rivalry motivates us to win every game so we wouldn’t let our key opponents get ahead of us in the standings.

- These days many teams, including Ak Bars Kazan, are forced to call up young players to their men’s roster. Do you think such productivity increases your chances?
- You can feel that the club call up a lot of young players to their KHL team. For example, Savely Kuvardin plays this year between KHL and VHL. [Ak Bars head-coach] Dmitry Vyacheslavovich Kvartalnov and his coaching staff often come to Irbis home games, there’s an active rotation within the system and the players constantly move between the teams within the system. So it all depends on how everyone is going to prove themselves. I believe, that consistency is the most important thing here. You won’t get called up to KHL for one successful game. I have to prove that I can play just as well in every game.

- Right after the series against Reaktor Nizhnekamsk your Irbis faced another Tatarstan rival – Sputnik Almetyevsk.
- Games against Sputnik are special for me, because it was in Almetyevsk that I made my Junior Hockey League debut. I wasn’t trusted with a lot of ice-time that season. I played just 14 games. It gave me a huge boost and reinforced my character. It taught me to work hard regardless of anything, believe only in yourself and play every game as if it was my last. That’s why I always want to be at my best when I play against Sputnik, to prove to them that they were wrong about me and they should have given me a chance. That’s why it’s key for me to score on Almetyevsk. And I managed to score twice! Those two goals for me are more important than those six points in the games against Reaktor!