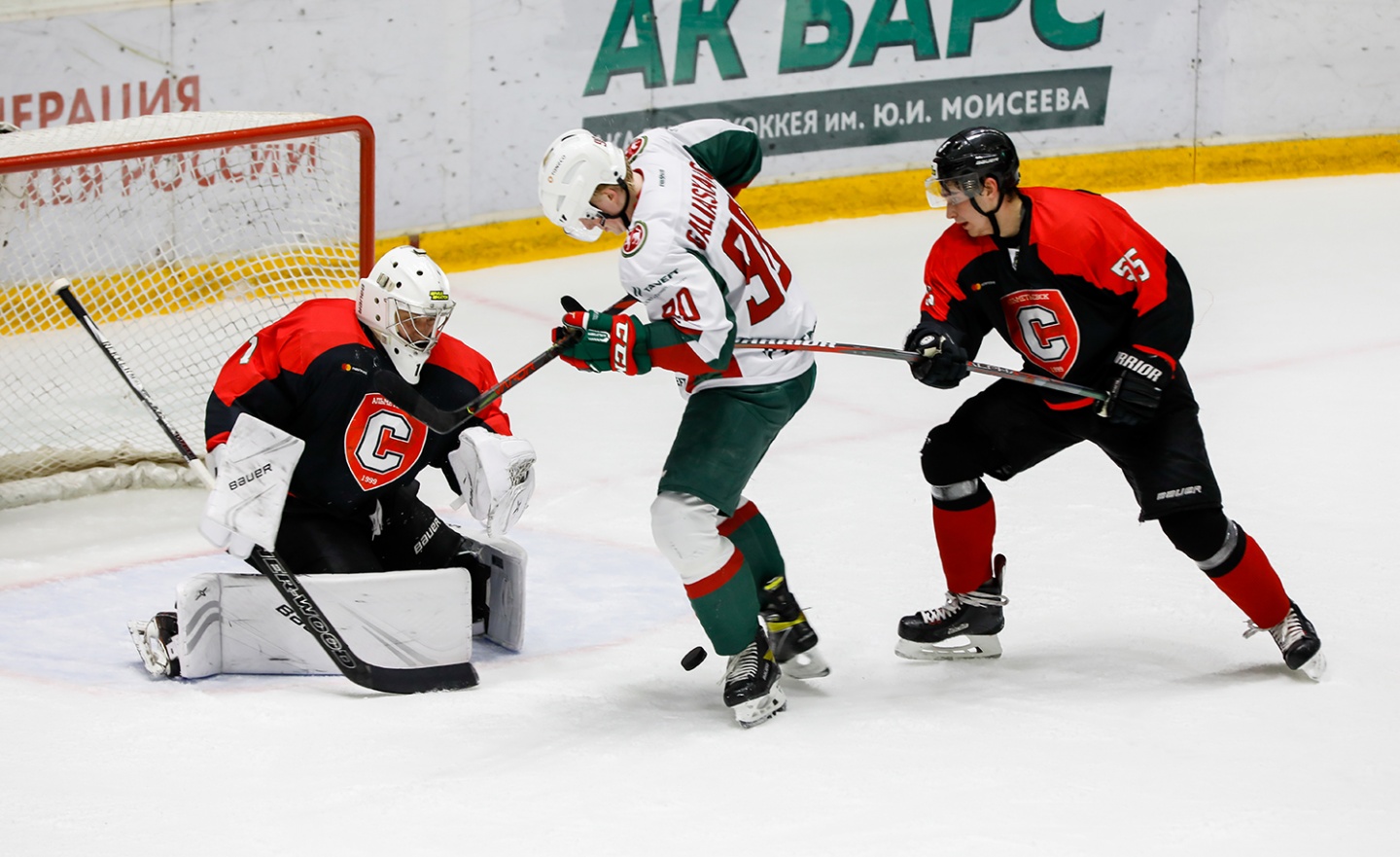 Just one game took place in Parimatch Junior Hockey League regular season on September 28th, but it was one of the most anticipated matchups of the month as two Eastern Conference teams clashed in Almetyevsk.

Irbis hand Sputnik their first loss of the season

Sputnik Almetyevsk came into the game without a single loss in the current Junior Hockey League regular season, sitting on top of the Eastern Conference for the first time. Irbis Kazan had played more games but had lost won to Tyumensky Legion. Kazan got a minor penalty just over a minute into the bout but managed to kill it off and went on to open up the scoring – one Irbis leaders, Alexander Kvartalnov, sent it past Makar Kositskikh. They extended their lead shortly before the intermission – Emil Galiaskarov, who had been named the top forward of the league last week, found the back of the net to convert on a power play.

Almetyevsk had the momentum on their side in the second period of play and yet failed to beat Vladimir Mosin, even when they found themselves on a 2-man advantage. Eduard Dmitryev ran into a penalty problem early in the third stanza. However, having killed off two consecutive minors, home team did get back to within one as Rasim Shakirov hit the twine. Nevertheless, Almetyevsk couldn’t get the equalizer and their final push with the extra attacker led to Galiaskarov scoring his second of the game on the empty net. Irbis snap Sputnik’s 6-game winning streak, enjoy a 3-1 win and climb on top of the Eastern Conference.