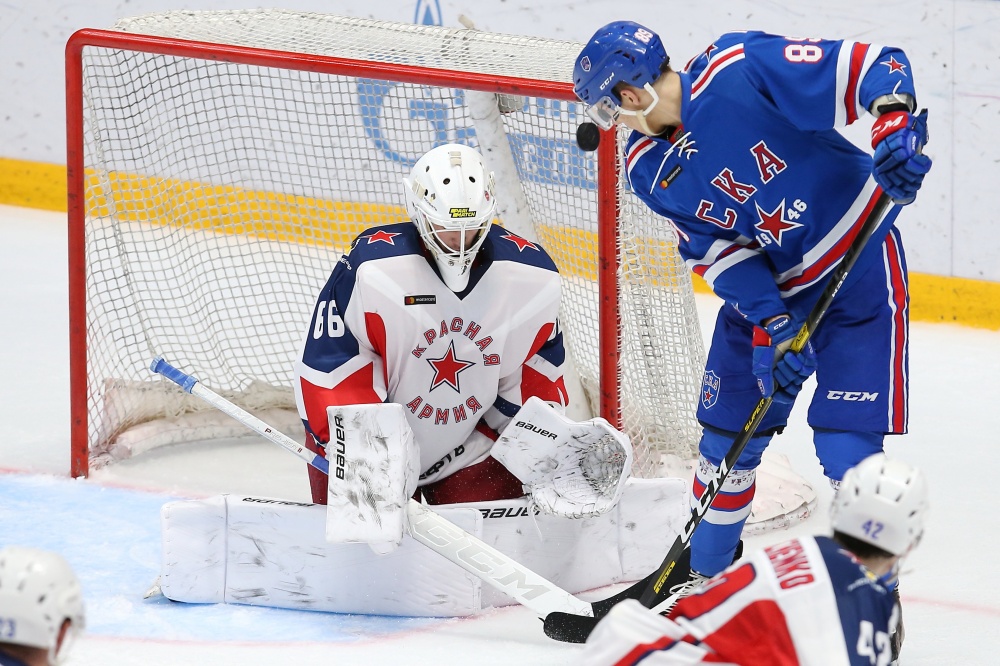 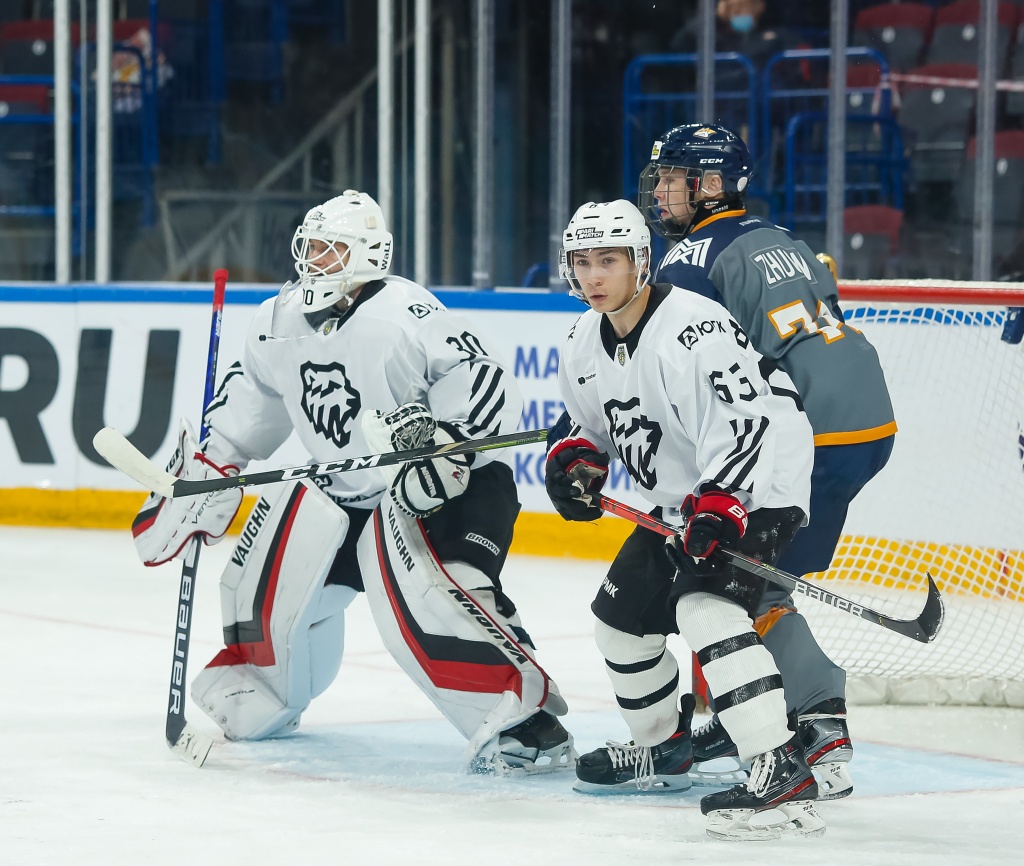 Stalnye Lisy Magnitogorsk kicked off the season with a great win over their rivals Belye Medvedi Chelyabinsk and went into the second game against them looking to repeat the success. ‘Steel Foxes’ couldn’t convert on Chelyabinsk’s initial penalty of the game but when Alexei Kapustin got a minor for holding, Ilya Kvochko solved Boris Solomatin. Magnitogorsk picked up the pace in the second period as they scored twice in a span of a minute – Danila Yurov and Azat Kutayakov found the back of the net.

Home team managed to capitalize on two more chances in the third period of play. Belye Medvedi took yet another penalty and Vadim Aukhadeyev went on to capitalize on the ensuing power play, while Roman Kantserov further improved the lead for Magnitogorsk a few minutes later. All visitors could eke out in this one was a consolation goal by Mikhail Goryunov-Rolgizer. Stalnye Lisy enjoy a blowout 5-1 win on home ice. 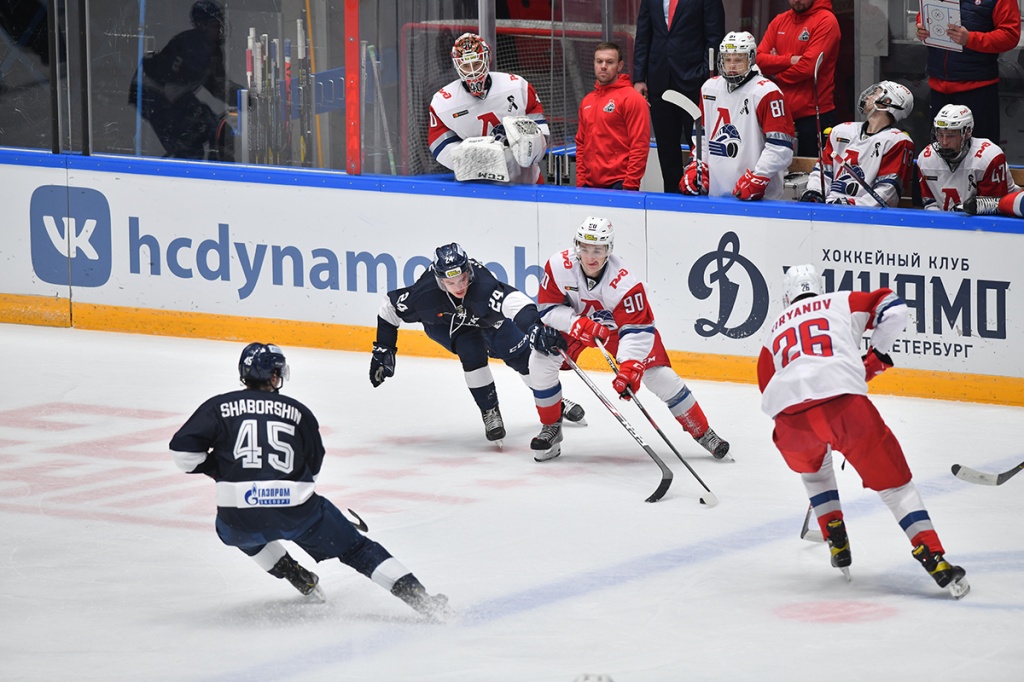 A thorough thriller took place at SC Yubileiny in St. Petersburg. JHC Dynamo played hosts to the top team of the Western Conference Loko Yaroslavl. Pyotr Yakovlev scored two goals past Yegor Gorshkov in under two minutes into the game. Nikita Kirianov netted another one three minutes later but Sergei Bolshakov restored the 2-goal margin for Dynamo. Yegor Guskov was delegated to guard Loko’s net after that and the visitors brought it back to within one in the second period of play as Ruslan Abrosimov converted on a man-advantage.

‘Railway men’ did well early in the third stanza. Abrosimov scored his second of the game to tie it up, while Yeremey Shumilin took a screen shot and hit the twine to make it 4-3 Loko. With just over three minutes remaining to play in regulation Ilya Nazarov gave Yaroslavl a 2-goal lead and that seemed to have sealed the deal but Dynamo showed character and leveled it – Dmitry Rashevsky scored his second of the afternoon, while Sergei Yanevsky chipped in a power play marker. Just a minute remained on the clock but overtime was not meant to be. First star of the game Ruslan Abrosimov scored his third for a hat-trick with 39 seconds before the final buzzer and the visitors held on to lead to get their seventh consecutive win. 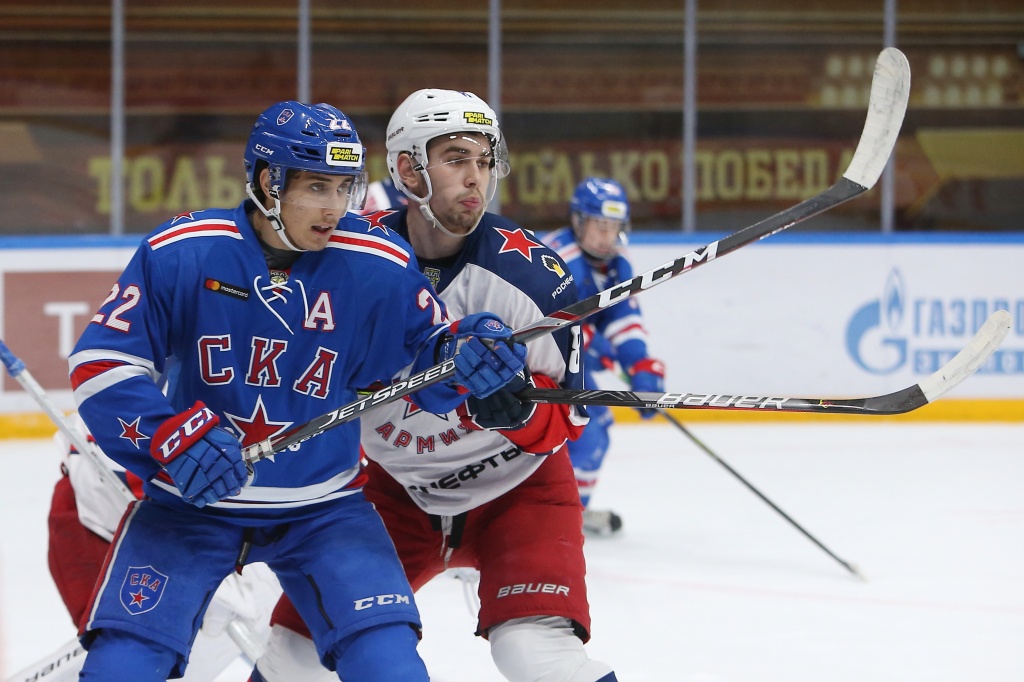 Last game of the day took place at SC Hockeytown and it was a huge battle as well. Krasnaya Armiya Moscow visited SKA-1946 in St. Petersburg. There was no scoring in the opening period of play, albeit the both teams taking an equal number of shots. However, Moscow took just three shots on target. The fans didn’t get to see any goals in the second period either. St. Petersburg had the puck more often but Krasnaya Armiya goaltender Matvei Kiselyov was on top of his game.

Key moment of the game came late in the frame when SKA-1946 got a power play opportunity. Just 23 seconds after the face-off Maksim Krovyakov received the puck from the right circle from Marat Khusnutdinov and slammed it home. Yegor Zelenov converted on another power play with a shot from the slot. ‘Army men’ picked up the pace looking for the equalizer but allowed a counter-attack and Ilya Ivantsov improved the lead to 3-0 for St. Petersburg with a backhand shot. Krasnaya Armiya failed to get anything past Valery Brinkman and SKA-1946 enjoyed a shutout win on home ice.