“I DON’T WANT TO SHAVE IT ALL OFF IN THE END OF THE SEASON”. TOP PLAYERS’ QUOTES

“I DON’T WANT TO SHAVE IT ALL OFF IN THE END OF THE SEASON”. TOP PLAYERS’ QUOTES 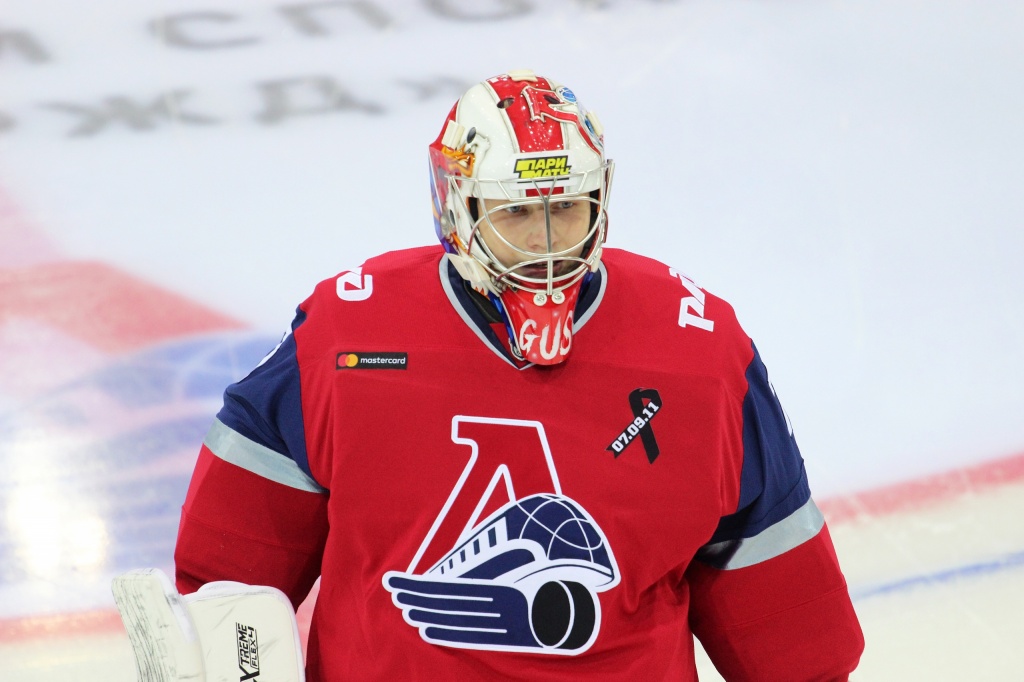 “Loko began the season with six consecutive wins. We were able to pull off such a start due to our discipline and meticulous work in the summer. We really practiced a lot and put special focus on defense at the camp, as well as chemistry between goaltender and defensemen, and tried out new tactics. We don’t feel the pressure from the winning streak. We set our own goals and play our brand of hockey.”

- You allowed two goals in four games, registering two shutouts. Were you frustrated to see your shutout streak come to an end?
- I wasn’t even focused on the streak, so when Sakhalinskie Akuly scored on me, I didn’t even think about it. You can’t avoid getting scored on so I didn’t pay attention to it at all.

- Loko Yaroslavl hired a new goaltending coach this season – Anton Shustov.
- Anton Igorevich began working with Loko back in the end of last year when Yegor Gennadiyevich Podomatsky joined the KHL team. I have known Anton Igorevich since junior hockey school so the coaching change didn’t affect me much. These coaches have different outlooks on how goaltenders should work, and their approaches are a little different but it’s exciting to work with both of them. 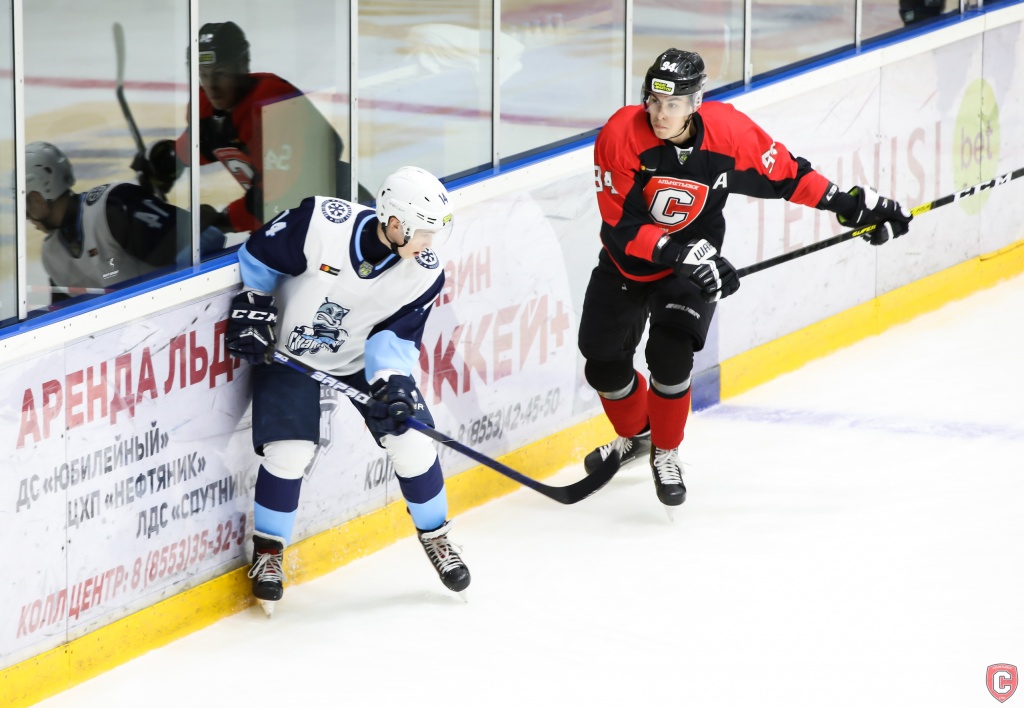 “Everyone on Sputnik are motivated to the max for the season and the fact the we sit on top of the conference only gives us more desire to keep things that way. We made certain adjustments after the previous two not-so-successful seasons and winning two pre-season tournaments only helped us to gain more confidence. And, obviously, nobody wants to shave off their hair in the end of the season (laughs). The hair grew back since then but we all learned our lesson [last season Sputnik players didn’t make the playoffs, thus losing a bet to their head-coach and had to shave their heads as a result].

- Last season you scored two goals in 60 games. This year you already have a hat-trick at the start of the season.
- This is my final season in Junior Hockey League so I want to take everything it has to offer. I don’t mean individual achievements as much as I do those of the team. So I didn’t celebrate my first career hat-trick in any special way. I didn’t even collect the puck. The most important thing was that we won that game. I just had a lucky day and besides my forwards really helped me out. They did a great job working in the slot and screening the goaltender. All I had to do was hit the net. 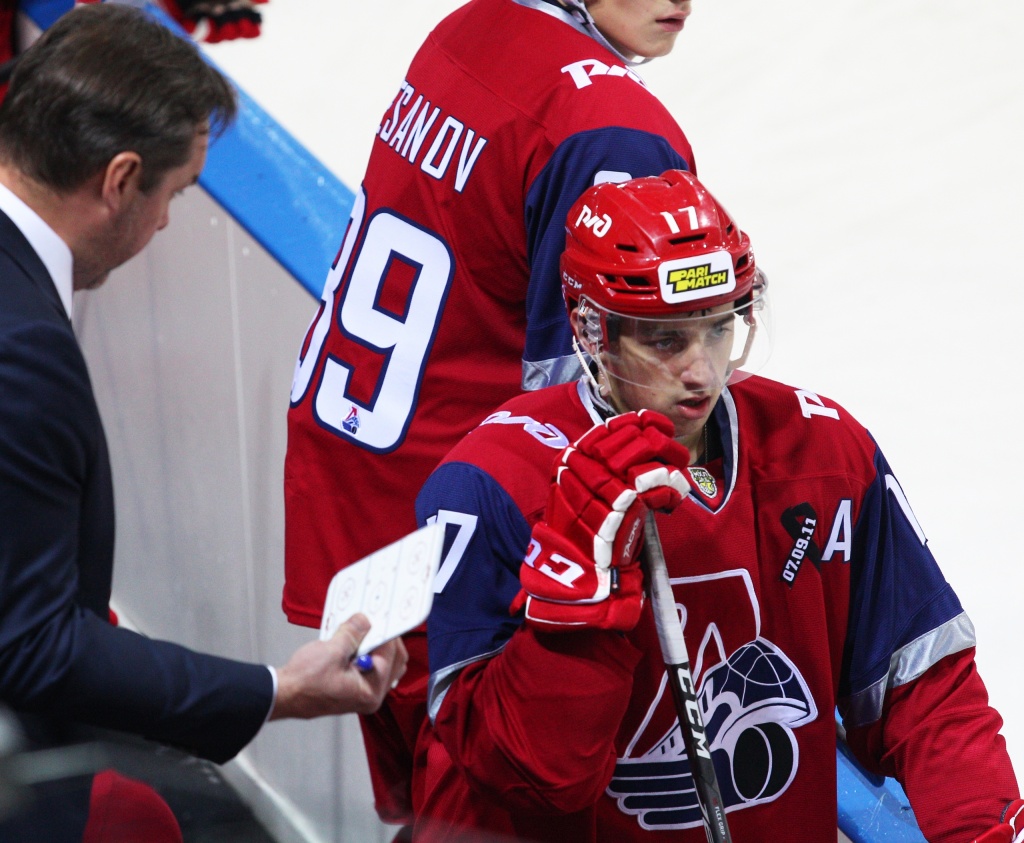 “We worked really hard in this summer and entered the season fully ready for it. We played solid hockey in the first games. As for the winning streak, everyone on Loko is set to beat the record set last year by SKA-1946 [St. Petersburg]. Everyone always checks how many games we still have to win and it’s an extra goal that motivates us to work even harder.”

- You scored five goals and picked four assists for nine points in six games to currently sit on top of the league in scoring.
- My teammates had a lot to do with it. They truly did a great job. They score on my assists and pass the puck well to me, too. So I owe my productivity to my teammates and my coach’s trust. I began getting more ice-time compared to last season and I’m put on special teams more often.

- Have you worked on your chemistry with Pavel Tyutnev and Ilya Chefanov all through the pre-season?
- The line was put together midway through a pre-season tournament in Tula. We have played with Chefanov together for a long time and when they put Tyutnev on our line, we created a different kind of chemistry and began scoring goals. Obviously, it’s a very positive thing and we began ‘clinging’ to each other.