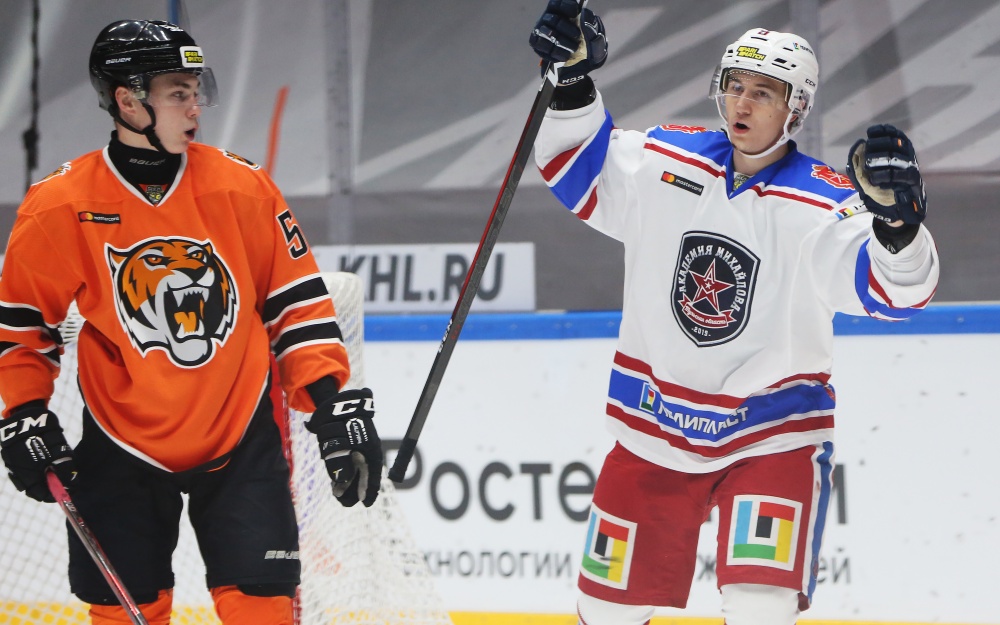 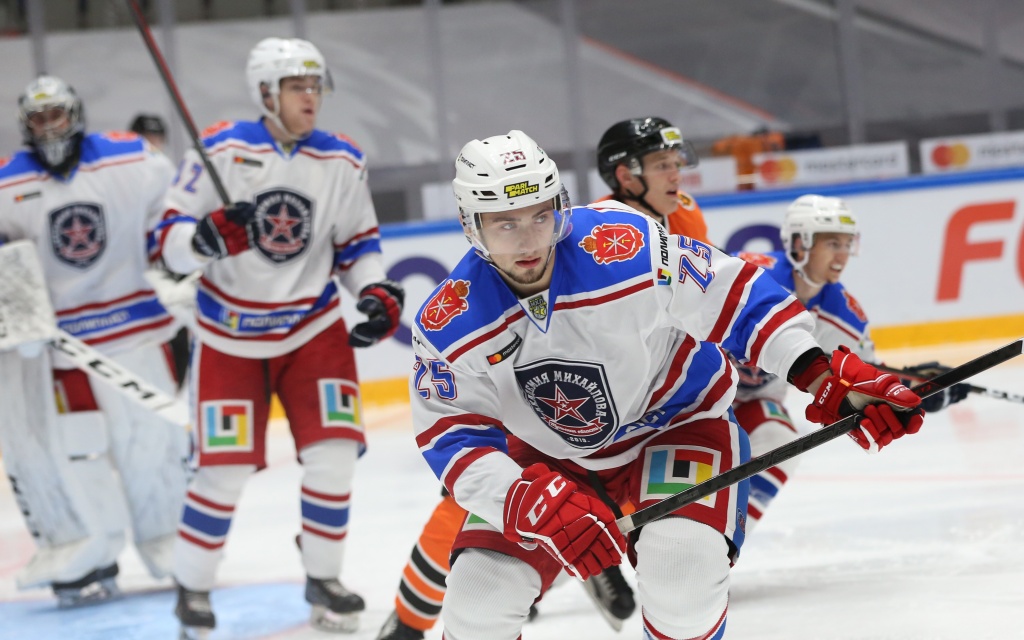 Pumped up by their first win Junior Hockey League the day before, the visitors came into their second bout in Khabarovsk with confidence. Daniil Nichukhrin put his team in the lead just three minutes in and a few moments after that Vladimir Mikhailaki helped Mikhailov Academy Tula establish a 2-0 lead with a power play tally. The visitors extended their advantage to three goals by midway through the frame as Stepan Melnichenko found his target. Mikhailov Academy looked just as confident in the second half of the stanza but despite all the effort they couldn’t get another goal before the intermission and headed to the dressing-room with a 3-0 lead.

Amurskie Tigry Khabarovsk managed to even the game out after the break. Home team did their best to get on the board but at times the ‘Tigers’ did more harm than good to themselves with all the haste. As a result, they got four minor penalties in the period. Largely due to that they couldn’t get anything past Aleaxnder Yevdokimov over the stretch. As for the visitors, they were able to protect their 3-goal lead and didn’t let the opposition get back in the game.

The ‘Tigers’ continued to rack up penalties in the third period of play as well and this time Mikhailov Academy didn’t let them off the hook. Midway through the stanza Vladimir Kapkin beat Alexander Yevgrafov once again. Home team managed to get a consolation goal with less than two minutes remaining on the clock – Gleb Nikitin slipped it in. However, that didn’t prevent Mikhailov Academy Tula from enjoying a solid 4-1 win on the road in Khabarovsk. 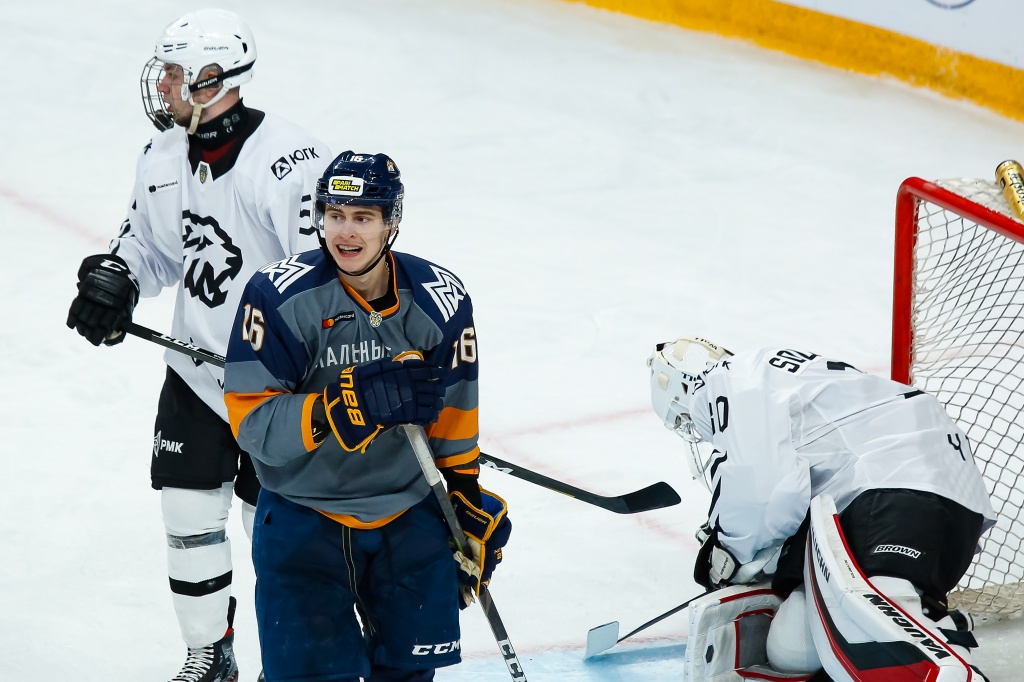 Belye Medvedi Chelyabinsk played better in the early minutes of the game in Magnitogorsk. ‘Polar Bears’ forced Stalnye Lisy Magnitogorsk goaltender Ilya Nabokov make a few huge saves in the opening minutes of play. However, home side gradually took control of the game and also began putting together scoring chances at the other end of the ice, largely due to the fact that Belye Medvedi seemed to be unable to stay out of the box. The teams kept trading scoring chances until late in the period when the visitors finally got in the lead on the goal by Mikhail Goryunov-Rolgizer, who tapped it home off a pass from behind the net. Stalnye Lisy put a lot of effort to bring it back to even before the intermission but to no avail.

‘Steel Foxes’ found success early in the second period. Just 11 seconds after the play resumed Danila Yurov tipped it home past Boris Solomatin. Right after that Magnitogorsk enjoyed a very solid stretch, grabbing the momentum. However, Chelyabinsk retook control of action midway through the stanza, who made Nabokov sweat buckets in goal. The teams spent the last few minutes of the period trading scoring chances but none of them led to change on the scoreboard.

Belye Medvedi and Stalnye Lisy continued to steal the momentum from each other in the third stanza and create scoring chances at both ends of the ice, but Nabokov and Solomatin remained on top of the game and made one huge saves after another. At a certain point it became clear that a sole mistake would decide the game and it was made by the visitors. Arkady Aksyonov got a double-minor and Stalnye Lisy went on to capitalize on the ensuing power play – Zakhar Zakharov found the back of the net. Belye Medvedi Chelyabinsk threw everything they had at Magnitogorsk late in regulation but home team pulled through and protected the flimsy lead. Stalnye Lisy take it 2-1 on home ice. 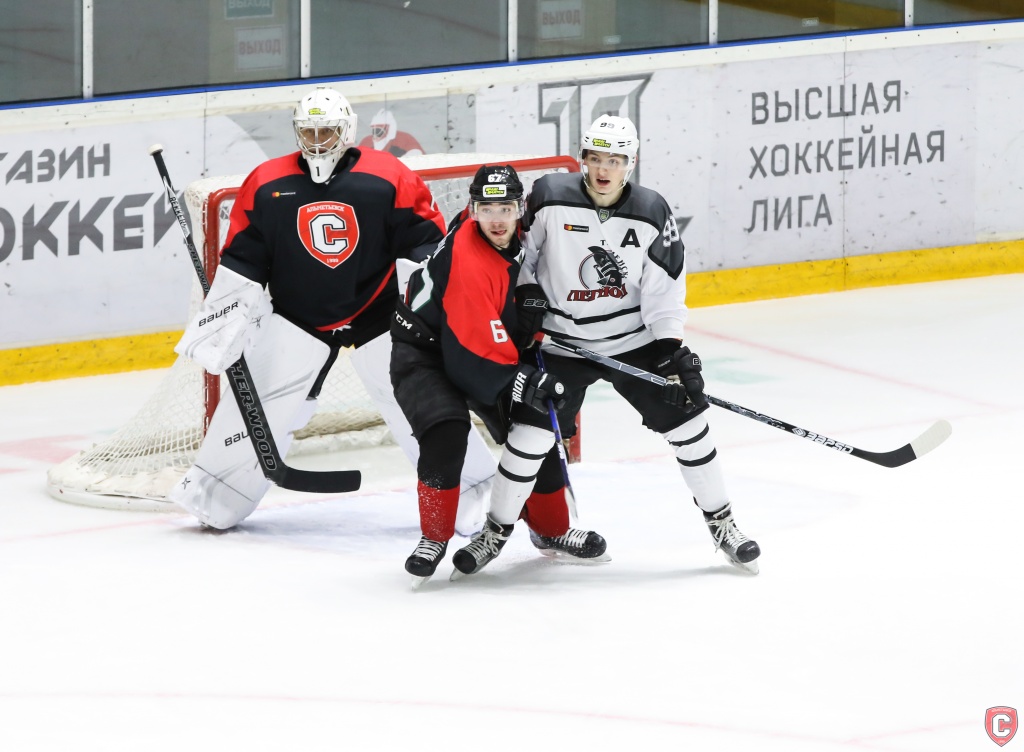 Top team of the Western Conference Sputnik Almetyevsk once again played hosts to Tyumensky Legion. Sputnik looked solid early on it took them just seven minutes to get on the board – Daniil Melnikov put his team in the lead zipping a wrister past Stanislav Pylayev. The game evened out after that. The visitors began creating scoring chances at the other end of the ice, looking for an equalizer but Makar Kositskikh stood tall. As for the home side, they doubled their lead late in the stanza – Ravil Yakupov found the back of the net.

Tyumensky Legion had a chance to get a goal back early in the second period but Vladislav Abramov couldn’t convert on a penalty shot, while Almetyevsk did capitalize on their chance – Rasim Shakirov improved the lead to 3-0 with a power play tally. Home team had the momentum on their side for the remainder of the second period and kept creating scoring chances. They went on to score another one before the frame expired – this time Bogdan Korotkov hit the twine.

Almetyevsk kept the pressure on in the final stanza of the game. Having killed off a penalty, Sputnik further improved their lead as Melnikov scored his second of the afternoon. Five minutes later Semyon Ionov sent another one past Tyumen’s goaltender. As a result, Sputnik Almetyevsk went on to enjoy a blowout 6-0 win on home ice, thus extending their winning streak to six games.