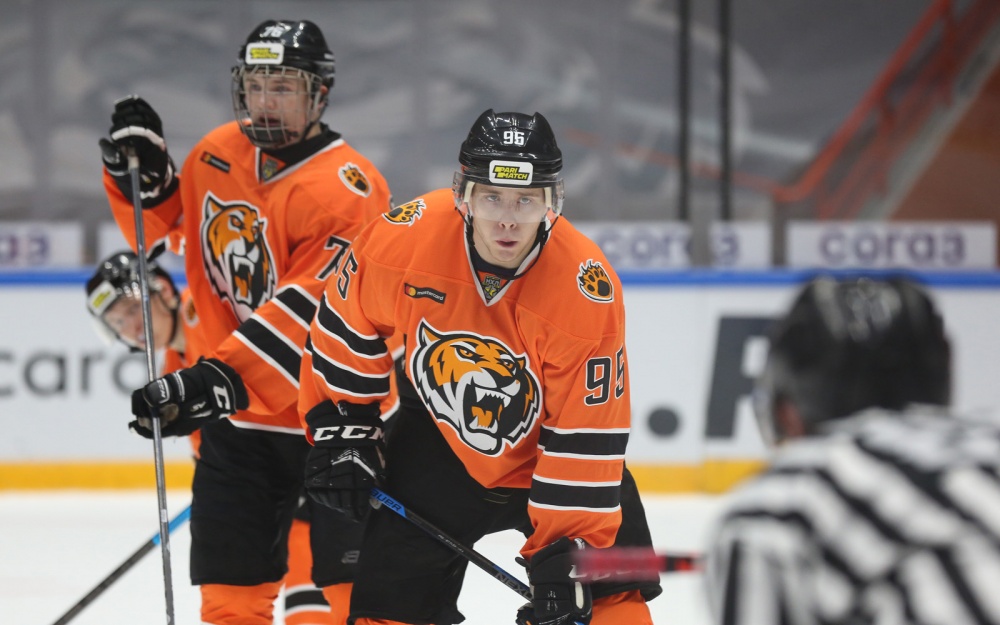 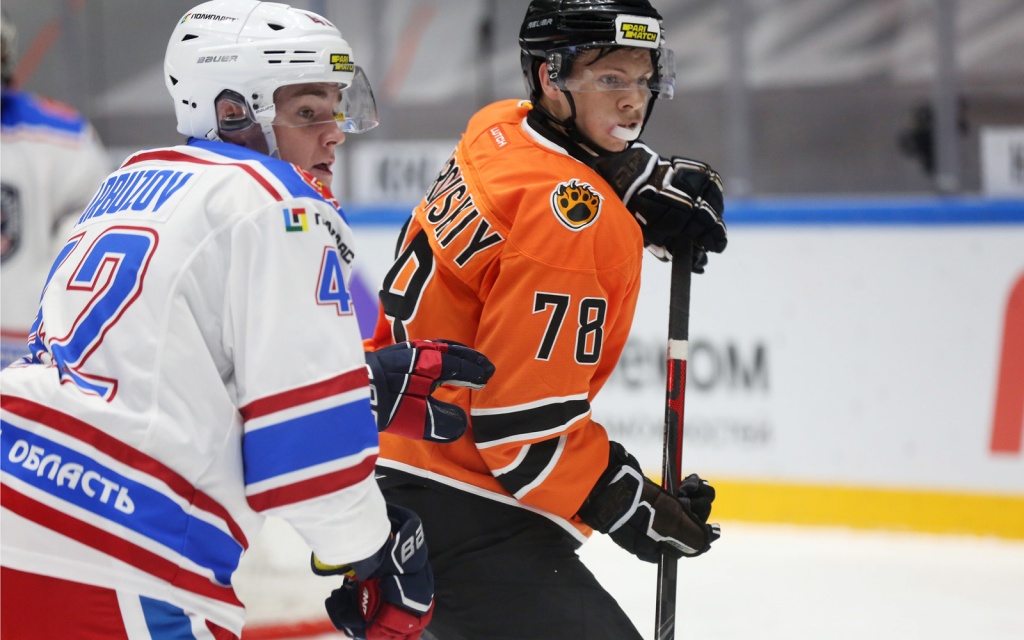 Mikhailov Academy did some adjustments to their roster. Head-coach Pavel Kanarsky didn’t dress for the game Oleg Kachesov, who used to play for no other but Amurskie Tigry. However, even without the forward Mikhailov Academy went on to score four goals in the first 40 minutes of play. Stepan Melnichenko and Grigory Meshkov got a marker each in the opening period just 40 seconds apart and in the second frame Daniil Nichukhrin and Alexei Kosterev hit the twine in a span of one minute.

The visitors were rather undisciplined, having racked up 12 penalty minutes but Amurskie Tigry managed to capitalize on just one of their power play attempts. Ten minutes after the second intermission Andrei Zheludkov solved Alexander Yevdokimov. The goal remained the only one home team would score in the game, while Tula went on to get another tally – 19 seconds after Zheludkov’s marker Yegor Arbuzov set the final score. 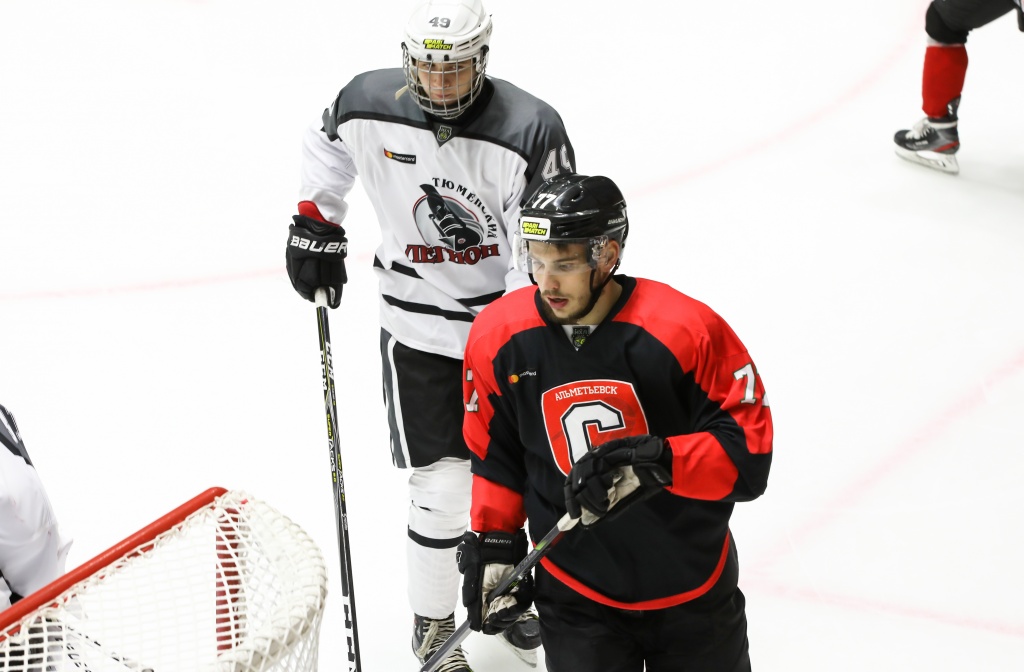 It took Sputnik Almetyevsk just 44 seconds to open up the scoring in the game against Tyumensky Legion. Bogdan Korotkov sieved through Alexei Schetilin with a nimble wrist-shot. A few minutes later Tyumen found themselves shorthanded but just as they got their man out of the penalty box Radel Galeyev sent the puck in on the far-side from with a shot from a tough angle. Having allowed two goals, Tyumensky Legion evened the game out and managed to get a goal back – with three minutes remaining to play before the intermission Zhan Yakutsenya, who was left all alone by Almetyevsk players behind the net, tapped it home off a set-up by Artyom Vasyukov.

Almetyevsk did well early in the second period as well. Rasim Shakirov and Artyom Sholgin got a marker each. It seemed as though there was no way Tyumensky Legion would be able to erase the 3-goal deficit but Nikita Bryutov scored twice and put the visitors right back in the game. Tyumensky Legion had just two and a half minutes to find the equalizer but Sputnik didn’t make another mistake and bagged it with a goal on the empty net.

Sputnik Almetyevsk take it 5-3 and extend their winning streak to five games. They are yet to lose a point this season. 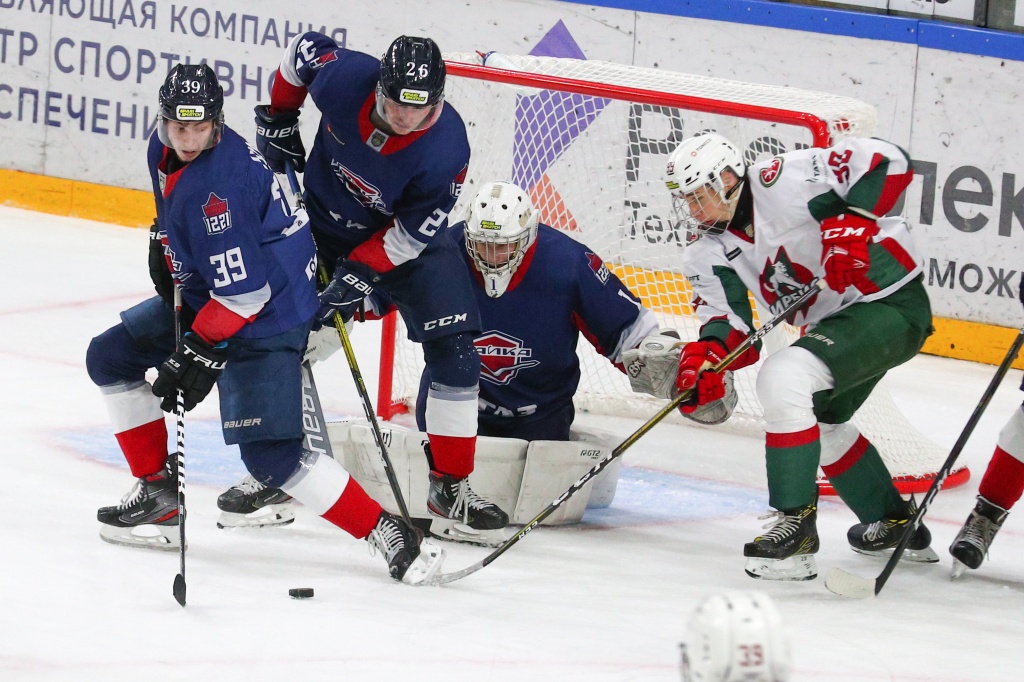 The teams opted for fast-paced hockey in the first two period of play. The up-tempo game feautured almost no stoppages. However, both Irbis Kazan and Chayka Nizhny Novgorod had trouble creating scoring chances.

Nizhny Novgorod didn’t get off to a good start of the second frame. Andrei Panchuk got a minor for tripping just eight seconds in. Nevertheless, Irbis failed to convert on the ensuing power play. But a few seconds after Chayka got their fifth man back out on the ice Vsevolod Almetkin took a shot that fooled Yegor Gromovik. Ten minutes later Emil Galiaskarov skated down the wing and made a crisp cross-ice pass for Kirill Mukhin, who tapped it home. Pavel Kupchikhin set the final score with 76 seconds remaining to play in regulation.