“IT WAS GREAT TO PLAY WITH SUCH SUPPORT”. MIKHAILOV ACADEMY MAKE THEIR JHL DEBUT

Mikhailov Academy
News
Maxim Krovyakov – 2021/2022 Playoffs Most Valuable Player
SKA-1946 win first championship in their history! Michkov scores game winning lacrosse-style goal
Krasnaya Armiya vs SKA-1946 in the finals! JHL deciding games schedule
“I’ll try to make it to the senior team.” Yaroslav Likhachyov finished his JHL career with a team’s record
The talent of the CSKA system rocks in the JHL playoffs. Agatha Christie helps Prokhor Poltapov prepare for games
“It’s a shame that three years in the JHL flew by so fast” – Matvei Kokovin lost a bet to Alexei Shevchenko as the White Bears failed to qualify to the playoffs
“I gave myself a choice: either to get stronger and move on, or to quit hockey” – SKA-1946’s leader talks about his season, social media, and hockey life
“Nizhny Tagil is not what it was ten years ago” – Vasily Atanasov about his hometown and his play with Mamonty Yugry

“IT WAS GREAT TO PLAY WITH SUCH SUPPORT”. MIKHAILOV ACADEMY MAKE THEIR JHL DEBUT

Mikhailov Academy Tula played their inaugural Junior Hockey League game on September 9th as they played hosts to HK Riga. Home side lost 2-0 as Latvian team scored both of their goals in the third period. Mikhailov Academy players and head-coach shared their thoughts on their first game at the new level.

“The boys stood tall for two periods and stuck to our game plan but later we suffered from mistakes and a poor discipline. Power play and penalty killing are our shortcomings right now. We didn’t convert on a number of scoring chances we created on a power play and sometimes we were just plain unlucky. We’re going to continue to work on the aspect and will improve it as the season goes on.”

- For the second consecutive year you begin the season with a debutant team as back in 2019-20 you coached Sakhalinskie Akuly. What makes these games special?
- The most important thing today was make sure the boys go into the game with the right mindset. We told our players that our team joins another level. Many of our hockey players had never played in Junior Hockey League. The boys really wanted to win this one. They did their best, battled hard but perhaps they burned out a bit.

- 1500 fans came to Mikhailov Academy first game.
- Tula has great fans. Some of them came even from Novomoskovsk and other towns from the region. We’re pleased to attract so much attention because we play for the fans! Tula Region Governor Cup showed that Tula loves hockey and the first game of the regular season proved it. 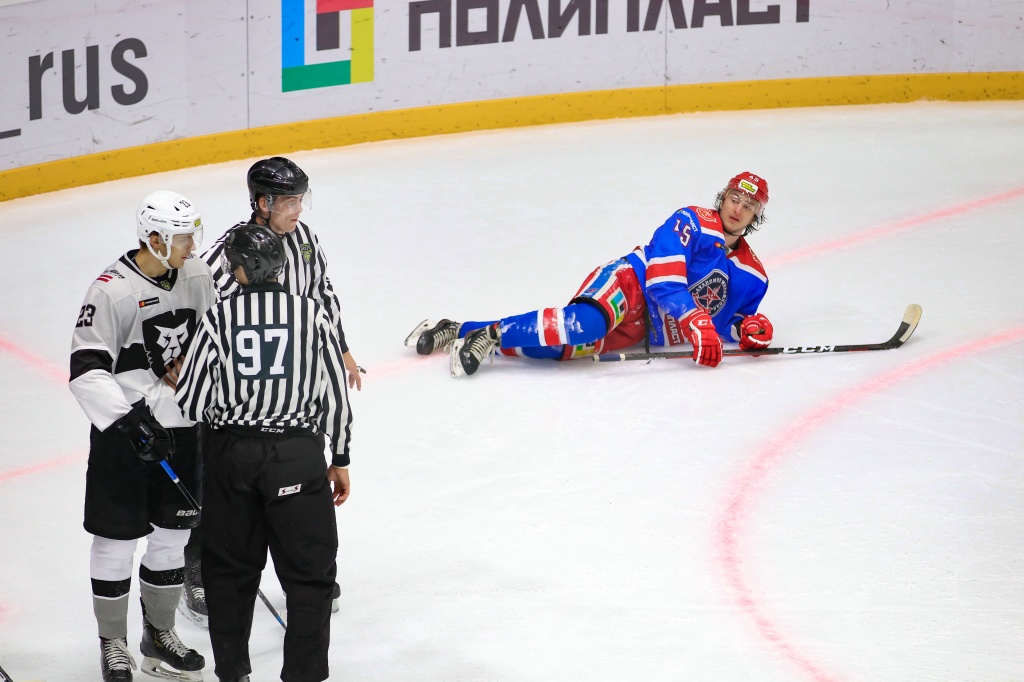 “Prior to the game our coaches told to simplify our game and stick to the basics. They told us that we had to play hard, battle till the end and do our best not to disappoint the fans. Late in regulation we lacked concentration a little bit, as well as team chemistry and team play. We need a little more time to improve our team work. I believe, the nervousness will pass soon – when we’ll ease into the season, the youngest players will adapt to the new level and that’s when things will start going our way.

- You joined the team just before the regular season started after having played two years for Amurskie Tigry Khabarovsk.
- The team made me feel welcome right away. I knew Grigory Meshkov on the team. We had played together for Amurskie Tigry and now we’re back together in Tula and we’ll battle here. It’s exciting to be a part of Mikhailov Academy, battle side-by-side with my teammates, represent a new Junior Hockey League team and defend my new colors!

- You used to be a deejay in Amurskie Tigry’s dressing-room. Were you trusted with handling music on your new team?
- Yeah, they already let me handle the speakers (laughs). I put a few tunes on and the boys seemed to like it!

- The team’s practice facility is in Novomoskovsk but you play your home games in Tula. However, your practice arena has smaller rink than the one where you play your home games. Did it affect the result today?
- We had had a few practices at the arena in Tula before the game so all in all we were used to it. The new arena in Tula surprises many – there are well-lit and spacious dressing-room and a great new rink. Rookies didn’t even expect to see such level of amenities in major junior hockey. They still have to get used to the fact that Junior Hockey League is no child’s play.

- 1500 fans came to support you at the first game. It’s a pretty solid crowd for a Junior Hockey League game.
- The atmosphere at the arena was great. There were a lot of fans in the stands today, it’s not something I’m used to. It’s great to play in front of such crowd. There’s even a fan-sector. Their constant chanting really pumps you up! 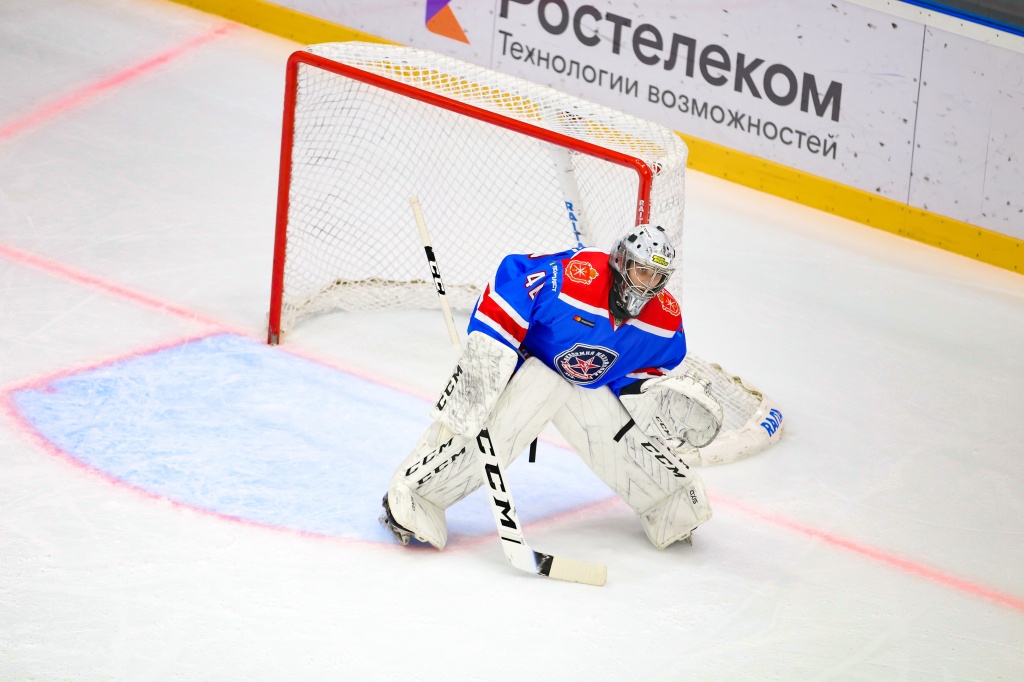 “It was a pretty unusual game for me. It was the first time in my career that I was participating in a club’s inaugural game. I wasn’t nervous about the game. I stepped onto the ice with a cool head, just as a goaltender should do in every game, and just played my hockey. I did my best to help out my younger teammates. I gave them advice, especially when we were down a man.

“We didn’t stick to our game plan in the third period. We were told to play smart and without penalties but we took a few silly ones. Even though Riga were taking fewer shots than us, they managed to convert on their scoring chances. As for us, we lacked confidence and cool-headedness to score a goal.”

- You spent last season with Mikhailov Academy down in NJHL. How difficult was it for you to came to Junior Hockey League level, having previosuly played for Chayka Nizhny Novgorod?
- It wasn’t difficult because we had a tough pre-season this summer. We played a lot of exhibition games against Junior Hockey League teams. Besides, comparing to last season we have a brand new team with players of a higher level.