NOT A WORD ABOUT HOCKEY. NIKITA FYODOROV 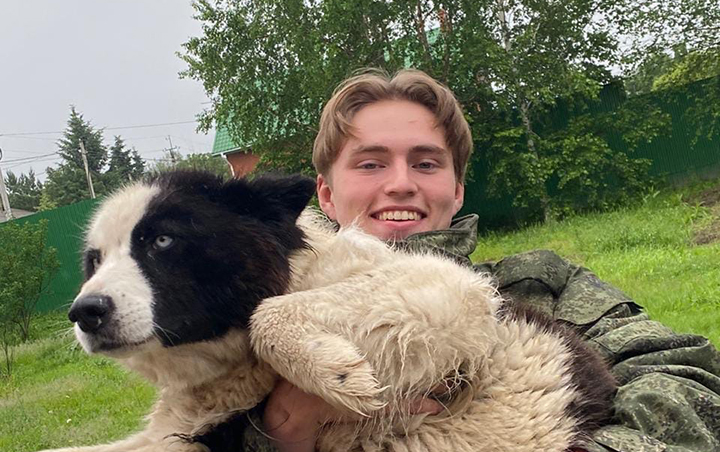 In today’s edition of our continuing Not A Word About Hockey series we’re going to sit down with 18-year-old Amurskie Tigry Khabarovsk netminder and recent Khabarovsk junior hockey school graduate Nikita Fyodorov.

- My stomach decides on my diet. It gets whatever it wants. When I’m home, I eat at our club cantina. Everything tastes great here and is well-balanced. It’s a great home cuisine. On my days off I can get a pizza and on my practice days I can go for borsch. I like Italian cuisine with pasta and pizzas. Obviously, I also like Russian and Ukrainian cuisines.
- I don’t have pets at my apartment but we have two huskies at our cottage. It’s a girl named Bonya and a boy named Barsik. They’re pretty big so I don’t lift them.
- I enjoy resting at the countryside and at fishing. If I have some off time in-between practices I go fishing right away. If it’s a practice day and I have only a few spare hours, I just put on a TV series and relax in bed.
- I want to visit the USA. After all, they’ve got advanced technology. I follow guys who went to play across the ocean on their social media. Top-3 countries that I would like to visit are USA, Singapore and Japan. They have different ways of life, it’s another world.
- My friends and I go to cafes. We can also go to the countryside, have a barbecue and go fishing. It all depends on the mood. Sometimes I just want to drive my car alone for a while to clear my head and thoughts. All of my close friends are my teammates so I usually just rest by myself.
- Fast And Furious is my favorite movie. After watching Tokyo Drift I wanted to visit Japan. I enjoy Vin Diesel’s acting. He’s a true master of the trade!
- I listen to whatever music I like. I have different playlists. Sometimes I even want to listen to some chanson. The latest track I have added to my playlist was Tantra by Miyagi and Andy Panda.

- I have a pretty difficult personality. The main thing about me is that if I get set on something, I want find peace until I get it done. Sometimes I have difficulties making compromises. I work on myself with the help of my loved one.
- Fortunately, I have never felt like not getting out of bed on game days. I think, if I’m going to get such thoughts, I would have to quit hockey. Sometimes I would get really tired in the pre-season and it gets really difficult to get up in the morning to go to another practice. I’m certain everyone has days like that. The motivation is simple – the sooner you leave, the sooner you get back.
- A real man must be of strong spirit. In my opinion, that’s the most important part. Besides, he has to have such qualities as persistence and honesty.
- When I meet a new person, first thing I look at is how they converse and the way they talk. If you pay attention to that, it becomes clear who you’re dealing with.
- I’m superstitious. I have my routines on gamedays and practices. Goaltenders are special in that way. I’m a gambler but it only manifests itself at games.

- I don’t have a role model when it comes to fashion. On our team, Amurskie Tigry, there are several guys with style, notably Semyon Sidorov. There’s mostly athletic wear in my wardrobe. It’s comfortable and practical. I have white and dark shirts. I spend most of my time at practices so it’s more comfortable than wearing classics.
- I don’t have a certain favorite perfume. It all depends on my mood and what I have available. I prefer fresh and energetic scents.
- I can’t really grow a beard and I’m pretty laidback when it comes to fashion. I’m not going to copy anyone just to fit in. I don’t understand why would anyone do that.

- My girlfriend likes hockey. She watches games and supports me. It doesn’t matter when the game is on – afternoon or at night. I met Lera back in the fifth grade. It was a love at first sight and I haven’t let her go ever since.
- To me the relationship means a lot of support. Love helps me to deal with a lot of obstacles and adds skip to my step!
- When I’m going to have a son, I’m going to give him an opportunity to try himself in any sport. Most important is that he would have the will to be at his preferred sport. As for my daughter, I would rather sign her up for gymnastics but it’s important that she would be interested in that.

- When I was a kid, I wanted to be a pilot. It’s a very responsible job. You have to know a lot about flying. But, I guess, it’s just a kid’s dream. I mean, I got into hockey pretty late and who knows how it might have turned out. In any case, I’m happy everything turned all the way it did.
- I recently graduated from high school. I plan to apply to a sports university and major in coaching. Even in 11th grade it’s difficult to deal with studies and athletics, because you’re in Junior Hockey League. It’s great that the teachers were so helpful in that regard. It’s difficult to study and do homework with the workload and flying. At least, that’s the way it was for me. I don’t get to get a good night’s sleep everyday, not to mention studying.

- I was in a dancing class when I was a kid. I got into hockey when I was 11 years old. I didn’t have much time for adjustment and it’s great that everything turned out the way it did. I got into hockey by accident. I signed up for hockey school because of my dad’s friend. They were joking about it and a few days later they signed me up for a hockey school. That’s how it all began.