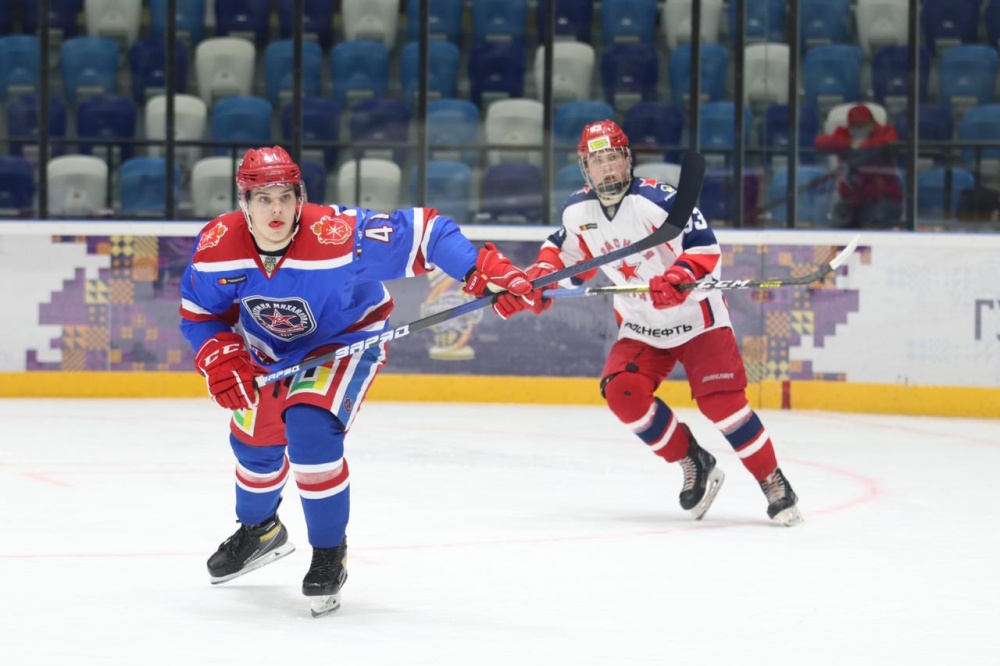 The only exhibition game of the day took place in Tula. Krasnaya Armiya Moscow played their second game in as many days as they faced Junior Hockey League debutants Mikhailov Academy Tula.

Tula won the opening period of the game as they managed to beat Dmitry Gamzin twice. First goal was prefaced with a fight featuring Makarov, which resulted in Mikhailov Academy getting four power play minutes. Home side went on to get a goal out of it and soon add another tally to their lead. The score didn’t change in the second frame but ‘army men’ did rally back in the third stanza and catch up to Junior Hockey League debutants.

Yegor Kuzminov cut into Tula’s lead and 8 minutes later Krasnaya Armiya brought it back to even. Vladislav Korobkin converted on a 2-man advantage. Regulation solved nothing and the game went to overtime, in which Nuchukhrin scored the winner for Mikhailov Academy.

The game was followed by a shootout. Krasnaya Armiya Moscow prevailed 2-1. Nikita Shalyshkin and Sergei Shamshurin converted on their attempts.