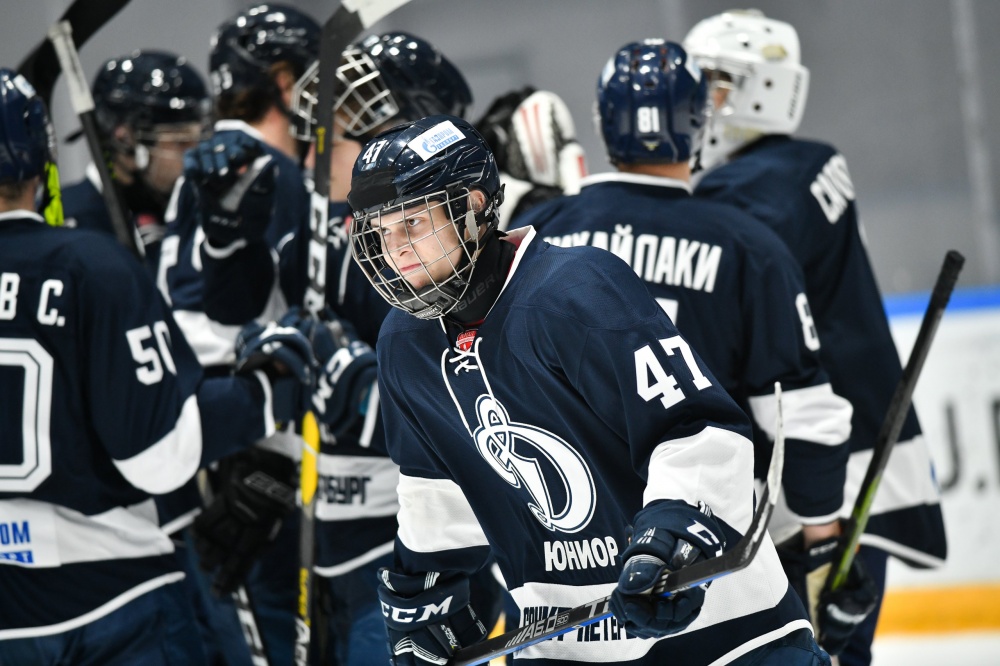 “My father got me into hockey,” reminisces Selivanov. “He used to play amateur hockey. One day I came to his practice and I liked the sport. My father is a coach now and helps me sometimes. For instance, he worked with me during the pandemic. He organized practices at home and prepared me for my rookie season in Junior Hockey League.”

Chelyabinsk Region native will play just his second season in JHC Dynamo St. Petersburg system, although he moved to the northern city back in 2017.

“I was in Bulldogs St. Petersburg junior hockey school for two seasons,” explains Selivanov. “In 2019 we competed in national Russian championship and came in second. I scored 3 goals, 6 assists and 9 points in 7 games and was named the top forward of the tournament. That’s when Dynamo scouts invited me to join their team. Bulldogs coach Nikolai Vladimirovich Akimov advised me to accept the offer. He told me the club has good infrastructure and a strong team. I decided to heed to his words.”

Selivanov spent most of last season with Dinamo-Yunior. The forward played 37 games in NJHL, scoring 9 goals and notching 11 assists for a total of 20 points and helped St. Petersburg win gold medals of the championship. Selivanov had been on Dynamo’s Junior Hockey League team’s shortlist before that as well. First head-coach Yegor Bashkatov invited Selivanov to pre-season camp and later called him up for a few regular season games.

“Last year’s experience definitely helps me now,” believes Selivanov. “Back then I didn’t know almost anybody on the team and everything was new to me so I felt a little out of place at first. Now it’s just the opposite. I know everyone on the team. Besides, the fact that a lot of other Dinamo-Yunior players were also called up to the camp helps me to adapt.”

Selivanov made his Junior Hockey League debut in the 2019-20 regular season. The forward played a total of 3 games, averaging 9 minutes of ice-time.

“The first time I played against a Junior Hockey League team was at a pre-season tournament,” shares Selivanov. “I just joined the team from junior hockey school that time and they put me out there against Loko [Yaroslavl] – the reigning champions at the time! At first my knees were wobbly – it was an entire different game comparing to junior hockey school hockey.”

“Last season I gained a lot of game experience. In NJHL we played against guys who were born in 1999, so the level of competition was pretty high. On top of that, I played a few games in Junior Hockey League, which was a great experience”, adds Dynamo forward. 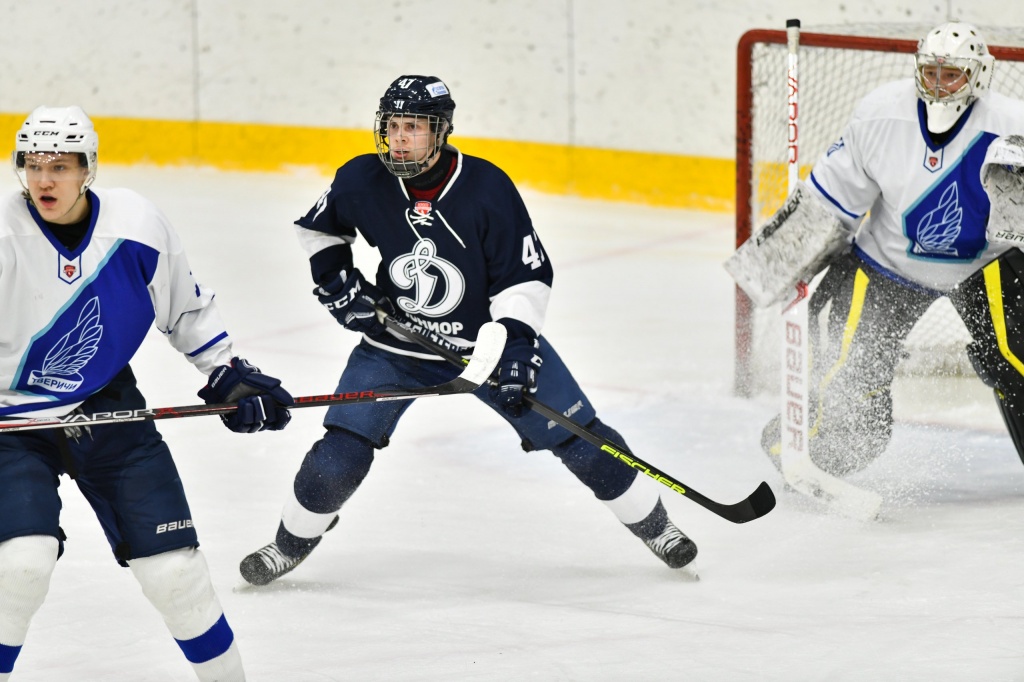 “ROOKIES WILL HAVE TO TAKE LEADER SPOTS, THEY DON’T HAVE A CHOICE”

Along with Dinamo-Yunior players, the team’s coaching staff was also promoted to Junior Hockey League. Head-coach Yegor Bashkatov was replaced by Kirill Alexeyev. The latter knows JHC Dynamo St. Petersburg rookies very well as he was the one who led them to NJHL gold medals last season.

“Selivanov is a pretty strong center forward who covers a lot of ice and has good hockey mind,” believes Alexeyev. “Most importantly, he has great work ethic and you can always rely on him.”

Personally, Selivanov thinks his biggest upset is his skating.

“In my opinion, I skate pretty well. Thanks to that I don’t trail too far behind older players. The pace of the game is fast in Junior Hockey League but I think I can keep up with my opponents,” says Selivanov.

There’s still a lot of work to be done – Dynamo’s camp is in full swing. One of the aspects the players will have to put extra focus on is physical conditioning, St. Petersburg head-coach says.

“First of all, every player will need to work on their physical form,” explains Alexeyev. “We had a difficult schedule in NJHL but it’s going to be even tougher in Junior Hockey League. On top of that, the games are going to be tightly packed. The schedule is going to be more exciting and up-tempo. This is why we focused on gaining necessary physical conditioning at the first stage of the camp.”

“Perhaps, working on physical conditioning has been the hardest part so far. The team is on a very intense schedule. We practice three times a day! We spend two hours on the ice every morning, then head to the gym in the afternoon and in the evening have another on-ice practice,” adds Selivanov.

“We lack exhibition games. They were limited this pre-season due to the whole coronavirus situation,” continues JHC Dynamo St. Peersburg forward. “Last season it was simpler in that regard. After completing camp in Zhlobin we competed in two pre-season tournaments and it was easier to transition into the regular season.

“I’m waiting for first Junior Hockey League games,” says Selivanov. “Especially, I really want to play against St. Petersburg rivals. Last year I saw Dynamo games against SKA-1946. Every game of the season-series was a true battle! I would also like to play against Belye Medvedi [Chelyabinsk] because I know a lot of guys on the team. But to in order for that to happen we have to make it to Kharlamov Cup semifinals.”

In the upcoming season JHC Dynamo St. Petersburg rookies will have to replace experienced leaders. For instance, Dmitry Rashevsky, who led Junior Hockey League in goal-scoring last season, is currently at VHL team camp and will probably spend at least part of the season with Dynamo’s men’s team.

“There is a certain rotation within the club. Junior team players are often called up to VHL team so the rookies won’t have a choice. Next season they will have to step up and fill leaders’ shoes. They will have to replace Rashevsky, Yakovlev and other veterans should the need arise,” concludes Alexeyev. “They will have to be more initiative and be ready to be responsible for it. Will they be able to carry the load of being leaders next season is going to depend entirely on them.”