POLINA BELOVA: “BEING IN A RELATIONSHIP WITH A HOCKEY PLAYER IS NOT JUST ABOUT BEAUTIFUL PICTURES. IT’S MUCH MORE DIFFICULT”

POLINA BELOVA: “BEING IN A RELATIONSHIP WITH A HOCKEY PLAYER IS NOT JUST ABOUT BEAUTIFUL PICTURES. IT’S MUCH MORE DIFFICULT”

Junior Hockey League continues the Partner-In-Arms series. In today’s installment we’re going to talk to Polina Belova – Omskie Yastreby goaltender Andrei Mishurov’s girlfriend. In this interview to Junior Hockey League media relations department she spoke about how she met the netminder and how she went to another city during the season to meet her loved one.

- My name is Polina and I’m 19 years old. I was born and raised in Omsk. I wanted to study architecture in a university in another city for a long time and took special classes for that for a while but in the – by either fate or Andrei’s will – we stayed together in Omsk and I went to study design at a local university. Work and education are two my major passions. This is something common between Andrei and I. Both of us live for our hobbies and turn it into a profession. I also do my best to be an active volunteer. I help organizing various cultural and art events and it’s something that bring me a lot of joy. Sometimes it gets difficult but Andrei is always there for me at these times and he supports me. We both try to give it a 100% in what we do and don’t miss any opportunities.

- I can’t call our acquaintance a fairy tale, although there is some romantics to it. We met all the way back in school but we didn’t like each other at all. Back then I had just a vague and stereotypic view on hockey players. After some time we became friends and Andrei turned into a whole new person. He was attentive, kind and added tenderness and caring to his manhood. Perhaps, we both understood that we were going to be together. I told him one day – very early into the relationship – that we would have to break because I would move to another city for my studies but he made it clear that we would be together regardless of anything. And that’s exactly what happened. Andrei is a man of the kindest soul and big heart. 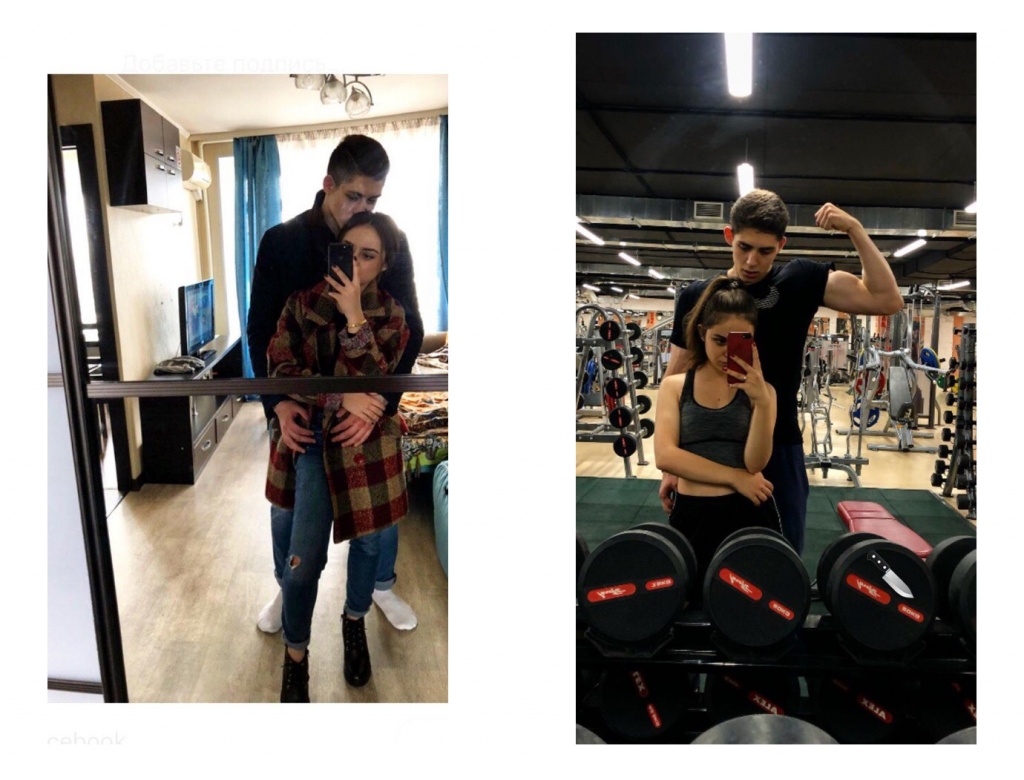 - I wasn’t planning to tie my life to hockey. I never knew how many players there are on the ice, where the puck is or what is even going on. Now I can boast team names and details of the game. I believe, it’s natural that not a day goes by without discussing beautiful assists and scoring chances. I remember when KHL Playoffs were on, Andrei didn’t have the opportunity to watch Avangard game so I had look for the best saves and send it to him on social media. I think it’s enough to understand how big of a role plays hockey in our lives. Even though I didn’t go to all of his games at first and now I regret it. Now I come to the games if I have the opportunity. I can definitely say that I didn’t miss more than a couple of games this year. I even went to a pre-season tournament in Novosibirsk. It was a very exciting experience. I had a chance to watch two games a day and support Andrei. We already discuss what cities I’m going to follow him to next season. Is it difficult to stay together all the time? We’re always able to find time to spend together and I can’t call it a difficulty. It’s something you get used to very quickly. Perhaps, the most important thing for a hockey player’s girlfriend is to skillfully match schedules and stay very mobile.

- I do my best to create the most comfortable atmosphere in our relationship, so he wouldn’t have anything to worry about but hockey. Prior to the game he needs a lot of time to get focused. After all, he’s a goaltender and it demands certain concentration. This is why I usually don’t nag him but I always tell him that he can do everything and I believe in him. After gaining some experience I came up with another advice. I tell him, ‘Enjoy the game whatever the score may be’. What I tell him after wins and losses? It’s pretty much the same thing. I support him in every situation. When the game goes well, I tell him that he did a great job, although there’s not much to say – he’s very critical of himself and doesn’t let me praise him, but sometimes I manage to squeeze a few words in. If the final score was unsatisfying, we both look for explanations and ways to solve the problem. Sometimes it’s just enough for me to hug Andrei after the game. In any case, I believe in him and I think he feels that. As for slumps, it’s a common thing and not just for hockey players. There most important thing when it comes to that is to keep your chin up and keep working hard, which is something he’s good at. We talk a lot and I support him but sometimes we can just sit and say nothing for a while.

Hockey or not, rest is on the schedule

- We spend our spare time in a number of ways. We often visit our families, watch hockey and movies or take walks. I can understand him. With his tight schedule it’s natural to just stay home and do nothing for a while. One time during the season we managed to get three days off in one town. It was an amazing long weekend, although even then we watched playoff hockey. On vacation Andrei is relaxed to the max. He becomes very homey and cozy. I love the period, although he switches to getting ready for new season almost right away. He can’t sit around and do nothing. Sometimes we even practice together but I don’t last long.

- This year he spent a season on another team in unknown to me town of Glazov. In winter I came to him with a lot of bags, jars with pickles and jams, canned ham and whatnot. I got there at night and Andrei was supposed to be back by then but they got delayed on the road trip. So I’m rushing out of the train with a million of bags and there I am on the platform without a clue of where I’m supposed to go. All I see is tracks, darkness and bags, which are so heavy I can’t even carry them. On top of that I’m hungry, cold and alone in a town I know nothing about. Oh well, I managed. I was able to get to a grocery store across the town before it closed, rented an apartment and unpacked the bags. Andrei, obviously, said he was sorry. But I had never had such experience. That’s when I realized that being in a relationship with a hockey player is not about just beautiful pictures on Instagram, it’s much more difficult than that. Today we look back at it with a smile. We can deal with anything now.

- I think it depends on her partner-in-arms. First of all, you have to believe in that person and in everything that he does. Patience is just as important. Hockey is not about consistency, it’s about ups and downs, in which you have to be relentlessly supportive. You have to know how to surround the person with comfort and warmth so he would be able to quickly switch from work to home mode and had time to recover. Respect, wisdom and ability to hear are equally important. All in all, you have to be of strong spirit and, of course, love the person and not the fact that he plays hockey.

Gameplan for loved one

- There’s little to say and a lot to feel. Know that I’m always by your side whatever decision you may take. Success is achieved only through hard work, which is something you already excel at. Remember, everything comes in its time. I love you very much, penguin.