NOT A WORD ABOUT HOCKEY. ARTYOM PUGACHYOV 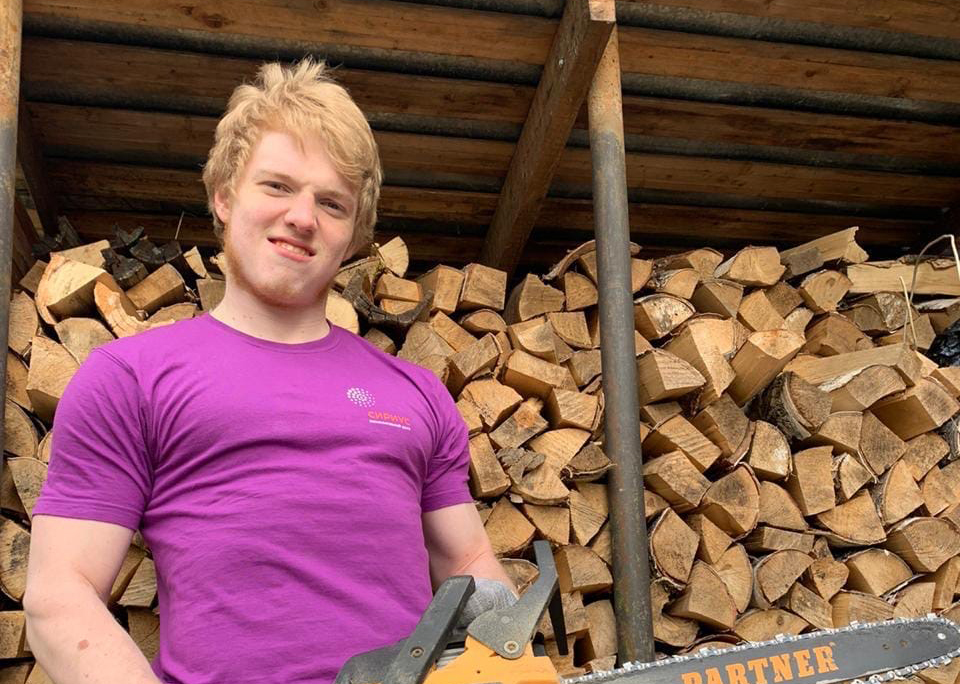 In today’s installment of our continuing Not A Word About Hockey series we’re going to talk to Krasnaya Armiya Moscow forward and one of the top players on ‘Red Army’ in the 2019-20 season Artyom Pugachyov.

- I decide on my diet myself. I eat absolutely everything. My favorite meal is borsch, especially my mom’s. She cooks it really well. I prefer Russian cuisine, although every cuisine is good in its own way. But Russian cuisine never failed me.
- I have a pet. It’s a cat named Mashka. It’s a stray but it’s very graceful and beautiful.
- My day off depends on my mood. Sometimes I can stay home alone and watch a movie and sometimes I take a walk with my friends.
- My treasured dream is to visit Norway and Switzerland. I know these countries have unique nature. I would like to see Norwegian fjords with my own eyes. I would also like to visit the Dominican Republic. I would enjoy resting on its beaches or visiting the Saona island.
- My friends and I most often stroll down Gorky Park, Zaryadie Park and Red Square. I live next to Moscow river channel, next to Eco-park, which my friends and I also frequent. It’s a quiet place and I jog there sometimes.
- The Pazmanian Devil is my favorite movie. I watched it an umpteen number of times. It’s an exciting movie about a boxer who got seriously injured in a car accident and has to start his journey anew. It’s a motivational movie. I watch it when times get rough.
- Vikings is my favorite TV series. I watched all seasons and can’t wait to see new ones in August. I like historic themed series.
- Sergei Burunov and Alexander Petrov are my favorite actors. I like them for their acting and charisma. As for foreign actors, I like Tom Hardy.
- I listen to absolutely all kinds of music from ethnic to metal. It all depends on time and my mood. Before the games I listen to rock and metal, obviously. The latest track I have added to my playlist was Atlant by Miyagi. 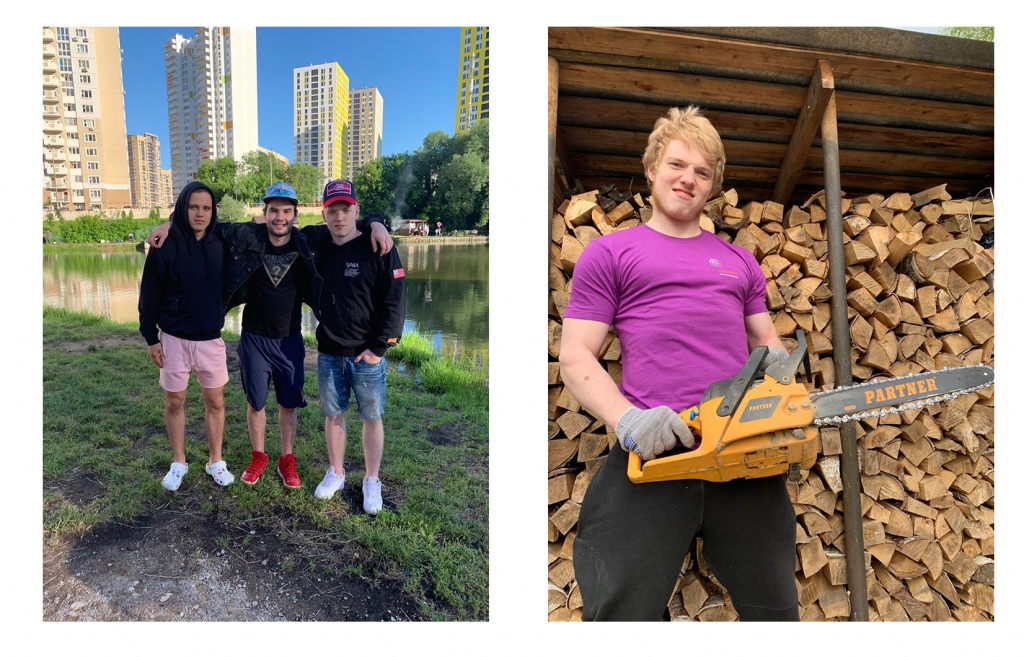 - I’m a usual guy. I find common ground with everyone. I even talk to the fans. I’m an optimist and everything in the world excites me.
- I’m always happy when I get up on gamedays. There was only one time when I felt sick in the morning prior to the game against ORG Junior in Dmitrov and I didn’t feel like getting up. I thought I wouldn’t be able to be at my best, that I would disappoint my coach and myself. In the end, I motivated myself by looking back at how I had gotten into hockey and how much ground I had covered. I went to see the doctor and told him about how I felt. He gave me medicine and I felt better. Later that night I scored three goals and chipped in two assists. I didn’t regret anything. I was even named Junior Hockey League player of the day.
- It is my understanding that a real man is the one who blocks shots (laughs). Seriously though, a real man has to be strong, smart and persistent. A real man cannot be diverted from his dreams and goals.
- From my parents I inherited my blond hair (smiles) and work ethic. I’m very grateful to my parents for the work ethic they’re induced in me.
- First thing I look at when I meet a new person is their eyes and how they look, because that’s how you know who you deal with.
- I believe that most hockey players are superstitious and I am not an exception. I have certain superstitions I believe in.
- I’m a gambler but only on the ice. I get the feeling off the ice as well sometimes but I never touch slot machines or go to casinos. I wouldn’t advise it to anyone.

- I don’t stick to one certain style. Most importantly, it’s has to be comfortable. After some time, I realized that I should switch to wearing jeans but I still struggle with it. I like how hockey players dress in USA – suits, ties… But it’s too early for me to think of that.
- I have never paid attention to clothing brands. Right now there are a lot of white clothes in my wardrobe. In the winter I wear dark clothes.
- I have never bought a perfume yet. My parents usually buy it for me as a gift. My mom got it wrong only once but it was a long time ago so I can say that lemon scent perfume didn’t go well with me. Turned out I’m allergic to citrus.
- My mom and my girlfriend don’t like it when I don’t shave for a long time. On the contrary, I like letting it grow out. It’s red and notable. But I can’t have it my way, because I’m pressured from every side to shave it off.

- Ideal girlfriend is the one you live happily with. She has to have unreal goals and dreams and I found one. We have been dating for almost a year. Karina is getting ready to apply for a theatrical university. I’m going to support and motivate her. We met by accident on Instagram. It was a mutual like and I decided to message her. Turned out that she lives in Perm but I wasn’t fazed by that and continued talking to her. She came to Moscow often and we would spend all the time together and we plan to move in together soon. I wait for her to move here for good.
- Here’s what I have to say – any relationship that gets in the way of what you love doing for a living is not a relationship. You have to accept the person as they are and don’t try to change him to fit you better.
- There was an awkward situation between my girlfriend and I when we decided to go to the movies in Moscow. I came to the subway station where we had agreed to meet and waited for her for about 15 minutes. Then I decided to call her. Turned out that she mixed up the malls. In the end we just hooked up in downtown and went for a walk. And that was our movie night.
- I would like to have two kids – a boy and a girl. I would sign up my son for hockey but I would rather see my daughter in gymnastics or figure skating.

- If it weren’t for hockey, I would have become a soccer player or a musician. I definitely don’t see myself as an office worker.
- Currently I study to become a coach. To my mom’s delight, I find the time to go to university. I think I know all of my classmates but I’m yet to remember my professors (smiles).