MARIA SAMOILOVA: “I REALIZED I WAS INTO HOCKEY AFTER MY FIRST SARMATY GAME”

MARIA SAMOILOVA: “I REALIZED I WAS INTO HOCKEY AFTER MY FIRST SARMATY GAME”

Junior Hockey League continues the Fan Story series. In today’s edition we’re going to talk to Maria Samoilova – a Sarmaty Orenburg fan. She shared how he first came to a junior hockey game, why she believes to be a true fan and what she wishes to her favorite team in the upcoming season.

- I developed an interest to hockey after the 2014 Winter Olympic Games. I couldn’t pry myself of TV. I think I cheered for Team Russia louder than anybody. And then I thought, ‘What if there is a hockey team in my town?’. That turned out to be the case. First I was invited to go to a Sarmaty-2002 game. There were only parents in the stands and an opposing team from Nizhnekamsk. It was the first hockey game I saw with my own eyes and, obviously, it was awesome. Even though, I didn’t understand much. After some time, I learned about the junior team and I went to a game with my girlfriend. Notably, we came to the rink two hours prior to the game because we didn’t know that the time listed on the website was Moscow time. We almost left and went home.

- I came to my first Junior Hockey League game on December 14th, 2015. Our Sarmaty faced Olimpiya that day. There were a lot of people in the stands. Everyone was cheering, clapping and drinking hot tea. All of the fans were like a family. I can’t recall the final score but I will definitely not forget my emotions and impressions. In the intermission I won the official Sarmaty puck for best chants and I realized that I was definitely into hockey. It was on that day that I became a fan of the sport. I didn’t understand what was happening on the ice but I was very interested in it and I wanted to get to know it better – who scores on whom, what are penalties given for and so on. The ambience at the rink was unforgettable as was the dynamics on the ice. After that game I haven’t missed a single home game of our junior team. I even began keeping tickets after every game. 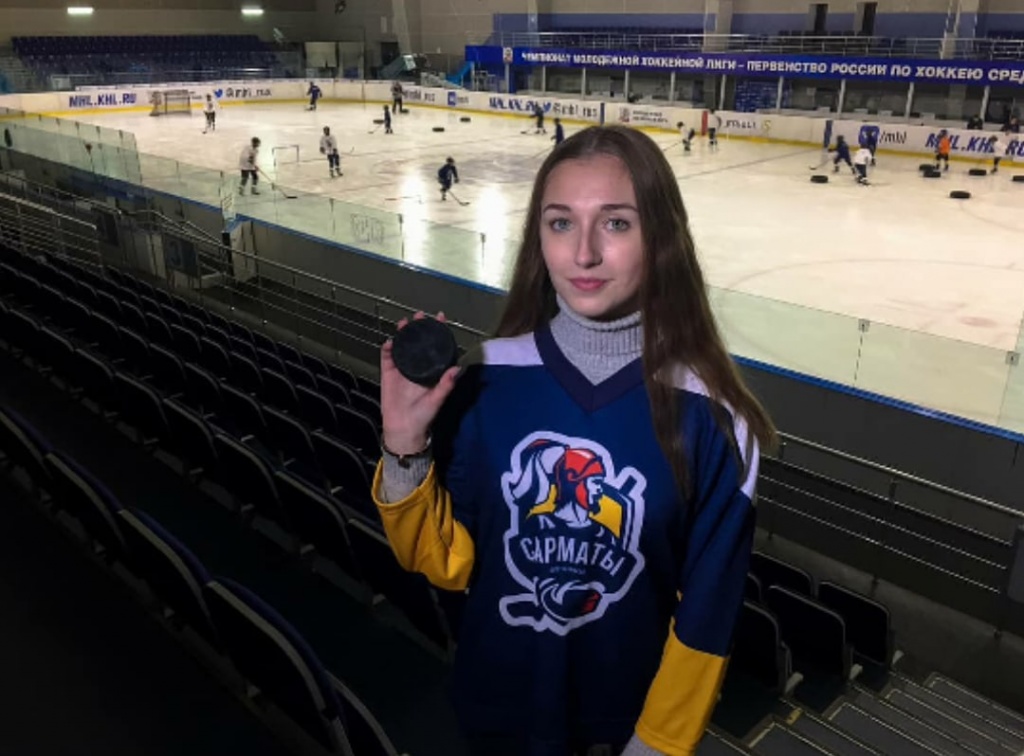 - I haven’t gone to any away games. Unfortunately, our club doesn’t organize road trips for fans for away games. But, hopefully, that day will come! When our team travels to another town, I do my best to watch the games online and I read text-broadcasts during my classes. Anyway, I follow the team and worry about it.

- For some time guys who called themselves the Sarmaty fan-sector would gather in the seventh sector. As far as I know, they also supported our soccer team. They would bring a drum and would energize the rink with their chanting throughout the game, they would support our boys and it was fun having them around. I believe, that the players also enjoyed the atmosphere they created, because it was loud throughout the game and it keeps you on your toes. I don’t know why but then the fan-sector guys stopped coming to the games. Hopefully, we’re going to get fresh troops in their place soon. I believe that kind of support plays a huge role in the way the team plays.

- Every game is different from the other. I will never forget my first game, which made me fall in love with hockey. I remember games when our team organized the bear toss. It united the fans. I enjoyed a New Year’s exhibition game, in which coaches competed against players. Everyone was dressed up and wearing masks. It was fun. I will also never forget this season’s last game against Stalnye Lisy [Magnitogorsk]. Why? Just because I sort of changed this year. I was frustrated that the team missed the playoffs and the 2019-20 season ended so early for our team. Even though we won the game. As for myself, I was realizing with every passing year that watching the game from the stands wasn’t just cutting it for me anymore. I want to work directly in hockey – I want to film, write, work somewhere in hockey. And the feeling grew with every passing game. Because every game is a little piece of my life. 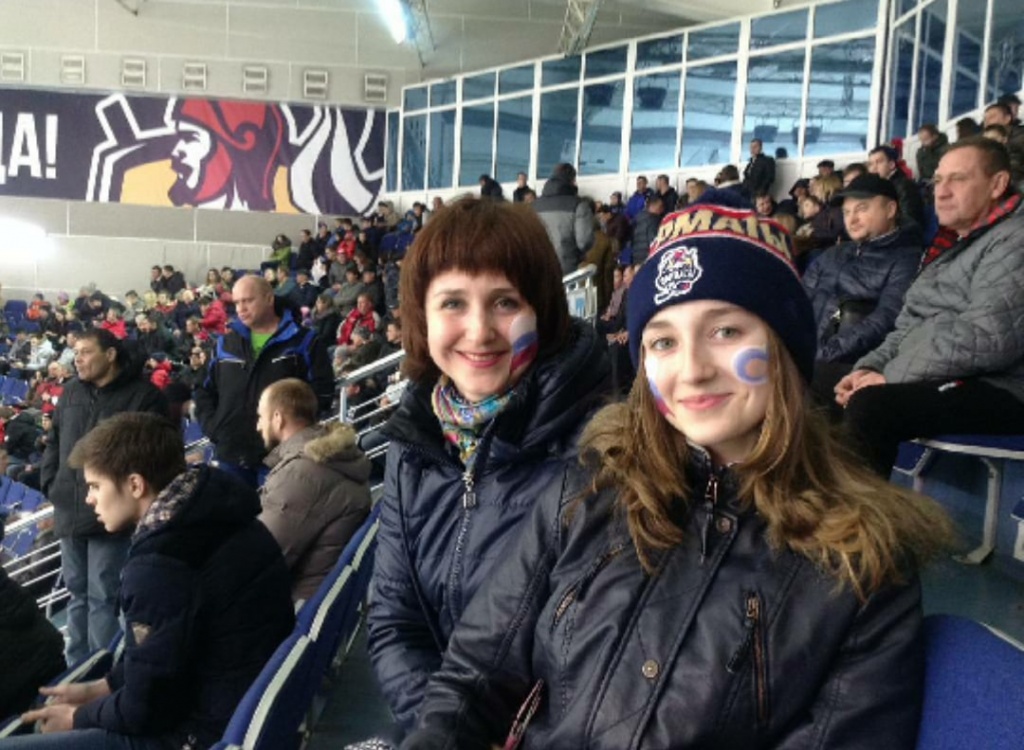 - I won’t forget games against Tolpar. Ufa came to Orenburg looking for a win and won the first game with a shutout. Just imagine – the Zorge boys had ten consecutive wins but the next day Sarmaty took the game under control and didn’t let the opposition score a single goal. As a result, our boys won 2-0 to the fans’ joy and dismay of Ufa, as they were stripped of the chance to extend their winning streak and climb on top of the Eastern Conference. On the same day I made my debut – I interviewed several players. So those games meant a lot to me.

I believe I’m a true fan of my team for the following reasons.

3.     At the rink I give my everything – voice, nerves and emotions

- Dear Sarmaty! I want you to work well at the pre-season camp and prove to be a strong and well-bonded team where all are for one and one is for all in the very first games of the season. Stay healthy and believe in yourself! I wish you to enjoy win in every game and get applauded to by the fans. I wish you to improve your skill in every game and that you would draw more fans. Good luck! Know that Orenburg is behind you!