EVGENI RADENKO: “GRANDMOM HAD TO GET HER DRIVER’S LICENSE AT 60 TO GET HER GRANDSON TO PRACTICES”

Amurskie Tigry
News
Список прямых трансляций МХЛ на телеканалах КХЛ
Vsevolod Almetkin returning to top shape after this summer’s crash
Konstantin Panov: “I dream about victories and developing my players.”
Raimonds Vilkoits: “We want to make the playoffs, but we’re going step by step”
Safin-Tregubov’s story: from Portugal to Russian snow, and from football to hip checks
Roman Kantserov: "I never even thought about leaving Magnitogorsk"
Gleb Petrov: "I want to win everything I can" - the top league's sniper talks childhood, North America, and current season
“We win because we play as a team and have known each other for a long time”. Loko-76 defenseman shared the secret of his team’s success
Alexander Perevalov is a true professional. He is very strict about the sharpness of his skates and enjoys himself at practices
Share

EVGENI RADENKO: “GRANDMOM HAD TO GET HER DRIVER’S LICENSE AT 60 TO GET HER GRANDSON TO PRACTICES”

Evgeny: I have played hockey for several years now, albeit as an amateur. Obviously, I would like my son to make a name for himself in this sport.

Elena: I have always supported my husband in his hobby. I even educated myself about hockey. I can definitely say that I was never against Misha following his father’s example and hitting the ice one day.

How it all began

Evgeny: It was my initiative to sign my son up for a hockey school. It’s just something we decided to do. Incidentally, our grandparents also supported the decision. Hockey is an injury prone sport but most importantly it breeds real men and forges true character.

Elena: We didn’t have another sport as an option. Our family loves hockey.

Evgeny: When Misha was six years old he began his hockey journey – as many others – by crawling on his knees. The boys didn’t use any chairs or practice cones. All they had was boards that they would lean on. It was difficult to imagine back then that many of those boys would reach professional level. Unfortunately, there are no photos of those moments in our family archive but it’s forged into our memories forever.

Evgeny: Misha has always like the process of practicing. He did his best to work hard at the drills. The coach liked my son’s approach. How did he choose his position? He didn’t become forward right away. At first he was a defenseman because at practices the coach saw Misha inkling towards defense. I mean, my son wasn’t trying to score as do many others. On the contrary, he would focus on defense. That’s when I had a thought, ‘Hey, maybe we should make him a goalie?’. But I didn’t try to talk my son out of it. I just observed his progress. In the end Misha played defense for a while – for over a year, actually – but he did try to play as a forward, too. The coach would try the players at different positions to see how they would act. As a result, Misha gradually moved to playing forward. Later he was moved to center where he stays to this day. Who helped him put on the equipment at first in the dressing-room? Almost every family member took turns. Whoever had time to spare would go and help him. His mom played a huge role. Also his did grandmother. She had to get her driver’s license at 60 to get her grandson to practice. At away games it was active parents led by Dmitry Yermakov who would help him out. We are very grateful to them. 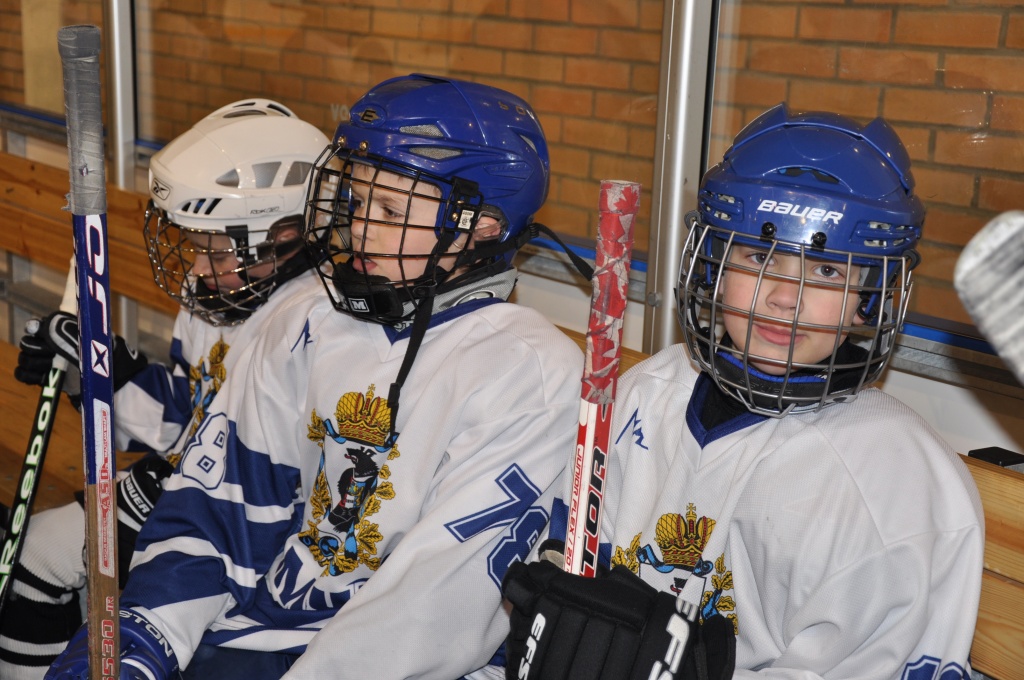 Evgeny: My son’s very first tournament was Far East Championship. Back then Misha was still a defenseman. Our boys played decent hockey. Oleg Viktorovich Dneprovsky was the head-coach. As the matter of fact, the boys got a lot of points and beat almost team around the region with him at the helm. The boys had fire in their eyes and played team hockey. All in all, it was a great group to be a part of and my son is still in touch with many of the boys. It’s fair to say that hockey bound the boys for a long time. Some of the boys are already in professional sports, while some went for academics and play hockey as amateurs.

Elena: Who worried the most at the first tournament? I think it was us, the parents. Every parent wanted his child to get noticed. We supported the boys from the stands, although they had a coach for that. But we were still the loudest in the building. The most memorable tournament? In 2016 Misha’s team finished first at a tournament in Khabarovsk for players born in 2000-2001. Our boys won the tournament. Our son was their captain.

Evgeny: Usually, if it’s an away game, we call each other from time to time and talk about various topics.

Elena: When I talk to my son, I ask him standard questions, such as, ‘How was the trip? Is everything ok with your stay? What did you eat? As for hockey, he talks about it with his father.

Evgeny: We watch and analyze his games and share our impressions with him. Misha tells us how he sees it and I give him my point of view.

Elena: Do we come to his games? We do our best to come to every home game. His grandparents come with us as well and cheer for him.

Evgeny: How do we get him ready for the games? Due to his tight schedule packed with practices and tough game, we try not to wear him out with our questions. We give him an opportunity to rest, recover and get his mind off hockey for a while. We try to spend spare time together, as rare as might have it. Although, it’s still pretty difficult to get his mind off hockey. It seems that’s all he lives for. I don’t know if it’s good or bad but what’s important is that everything worked out for him and he would achieve good results. When he’s successful with his team, we always praise him and cheer him on.

Elena: We always tell him that he’s the best and a beaut.

Evgeny: At first Misha would travel with the team only within Sibir Region. But we would still worry and miss him. After him moved up to Junior Hockey League, we got more worried about his education and that he would be able to play without injuries. Because it meant a different pace of game and risks. These days we just keep telling him to be careful out there.

Elena: As for everyday life, we used to pack his bags together. But after a while it got automatic.

Evgeny: Hockey is a team sport. My gameplan is to play for team result. And, obviously, try to avoid getting injured. Develop as a person, achieve success and don’t forget your parents.

Elena: Always try to help those around you. We believe in you and love you very much.