Junior Hockey League media relations department continues the review series, in which we take a look at every team of the 11th season. Since Mikhail Vasilyev has taken the reins at Tolpar Ufa, the team competed for the top spot in the Eastern Conference and beat Omskie Yastreby to it.

Mikhail Vasiliev was at the helm of Krasnaya Armiya Moscow for three years and made it to Kharlamov Cup Finals once. In Ufa the famed coach proved once again he has a great approach to junior players. Tolpar Ufa battled against Omskiye Yastreby for the top spot in the Eastern Conference throughout the season and in the end beat them by merely two points, scoring the most goals in the East at the same time. Tolpar allowed very few goals as well, losing the edge in the regard only to Irbis Kazan. Ufa were down twice in the opening round of the playoffs where they faced Stalnye Lisy Magnitogorsk but went on to clinch it in deciding Game 5, enjoying a solid 5-1 win. 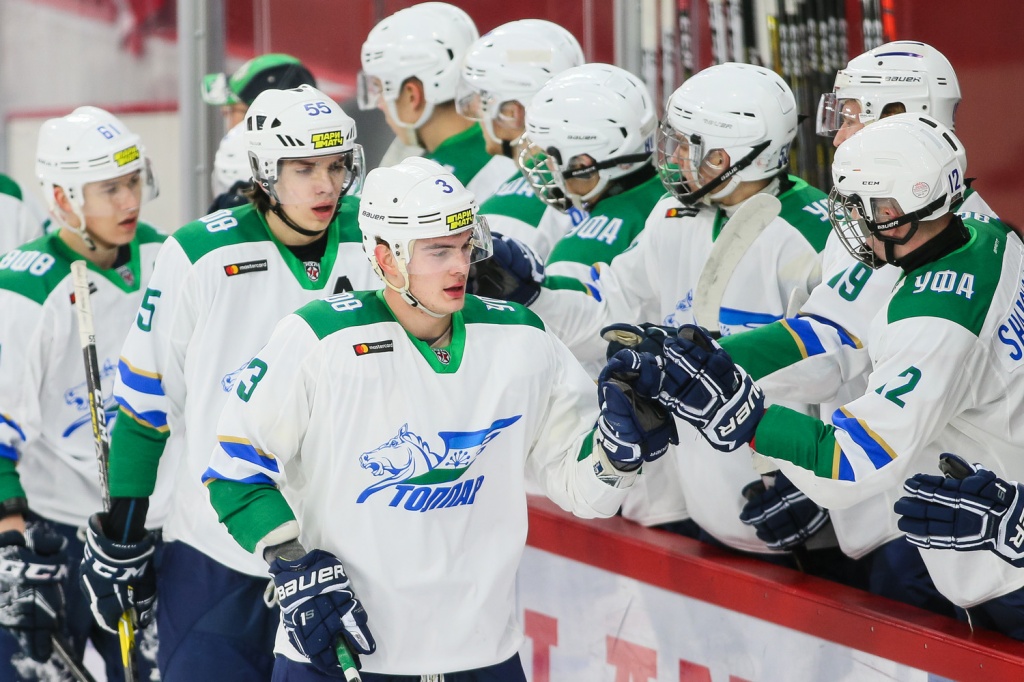 Dmitry Braginsky, who was named rookie of the season last year, was Tolpar’s starting goaltender this time around as expected. He also played well at the 2020 JHL Challenge Cup and won the coveted trophy. However, Alexander Kuleshov also enjoyed a great year, winning 23 out of 29 games. Nikita Goloschapov stood out among Ufa defensemen with 9 goals and 24 assists for 33 points in 59 games. Rookie Sergei Safin-Tregubov also had a year to remember with 26 points. Another rookie Ildan Gazimov scored just as many. Tolpar had a plethora of promising young forwards this season, including Danil Alalykin, Alexander Pashin, Yegor Suchkov and rookie of the season Danil Aimurzin. However, it was Andrei Kuznetsov who finished on top of the team in scoring with 20 goals and 34 assists for 54 points in 48 games. Pavel Yelizarov joined Tolpar mid-season and was named the top defenseman of the year.

No player was dressed for all regular season games. Sergei Shapovalenko and Timur Valeyev played 62 games each.