Junior Hockey League media relations department continues the review series, in which we take a look at every team of the 11th season. Led by a new head-coach Omskie Yastreby had a solid regular season, finishing just two points behind the top spot and successfully went past the opening round of the playoffs.

As many other Eastern Conference teams, Omsk went in to Junior Hockey League’s 11th season with a new head-coach. Oleg Ugolnikov, who had previously worked at the club as one of the assistants, took the reins. His debut turned out to be a success. The team look solid in the regular season, battled with Tolpar Ufa for the top spot in the conference till the very end, while Ugolnikov was invited to coach Team East at the 2020 JHL Challenge Cup. With Ugolnikov at the helm, Team East won the cup for the first time since 2013. Omskie Yastreby finished the regular season just two points behind Tolpar and faced reigning bronze medalists Mamonty Yugry in Kharlamov Cup Playoffs. The teams split the games in Omsk but then the ‘Hawks’ closed the series in Khanty-Mansiysk. Omskie Yastreby were to face Irbis Kazan in the quarterfinals. 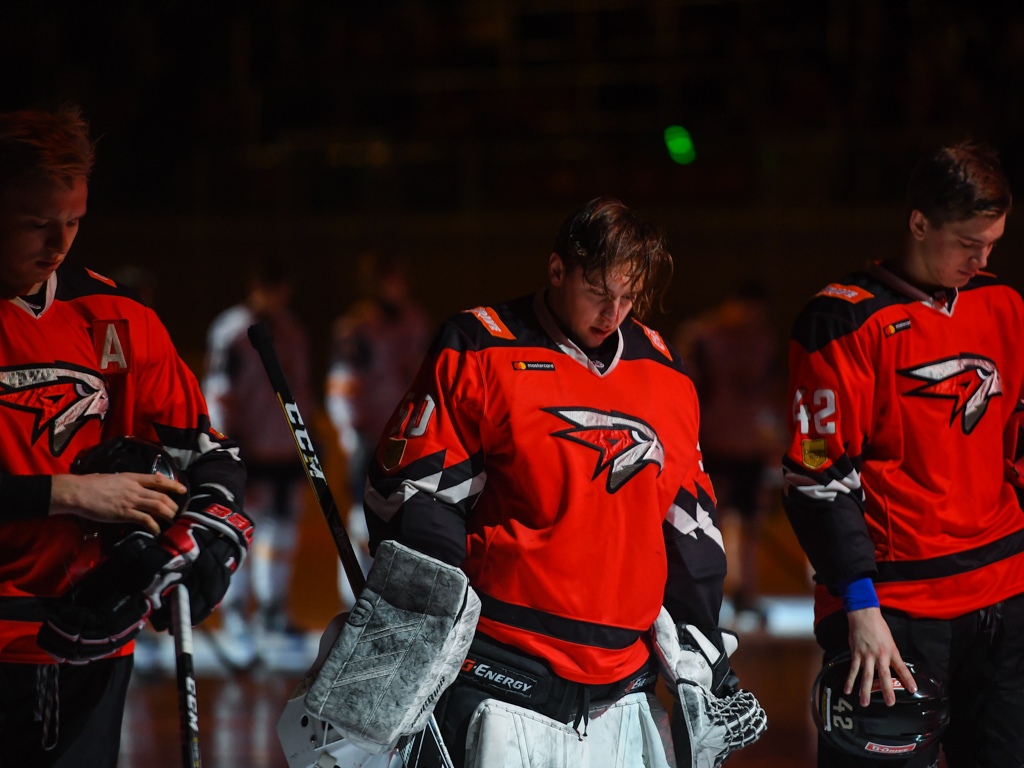 Omskie Yastreby opted to use just two goaltenders - Georgy Dubrovsky and Nikita Dianov- in the regular season, who split it equally. They were both solid and proved to be key to the team’s success last season. Defensemen Bogdan Denisevich and Pavel Yelizarov, who joined Omsk from Ufa mid-season and went to be named the best player in his position of the season, had a productive year. As many as three Omskie Yastreby forwards won JHL Challenge Cup this season along with the head-coach – Vladimir Mashkov, Semyon Astashevsky and Yegor Chinakhov. The latter went on to perform at KHL All-Star Game. He also led Omskie Yastreby in points with 27 goals and 42 assists in 56 games, making regular trips to VHL’s Izhstal. Arseny Gritsyuk scored six points less, but he led the team in goals. Astashevsky finished third on Omskie Yastreby in points.

No player was dressed for all regular season games. Oleg Teterin played 62 games.

The most productive line – Gritsyuk-Chinakhov-Astashevsky. The line combined for 34 goals.

Omskie Yastreby opened scoring 50 times and allowed the first goal of the game on 14 occasions.