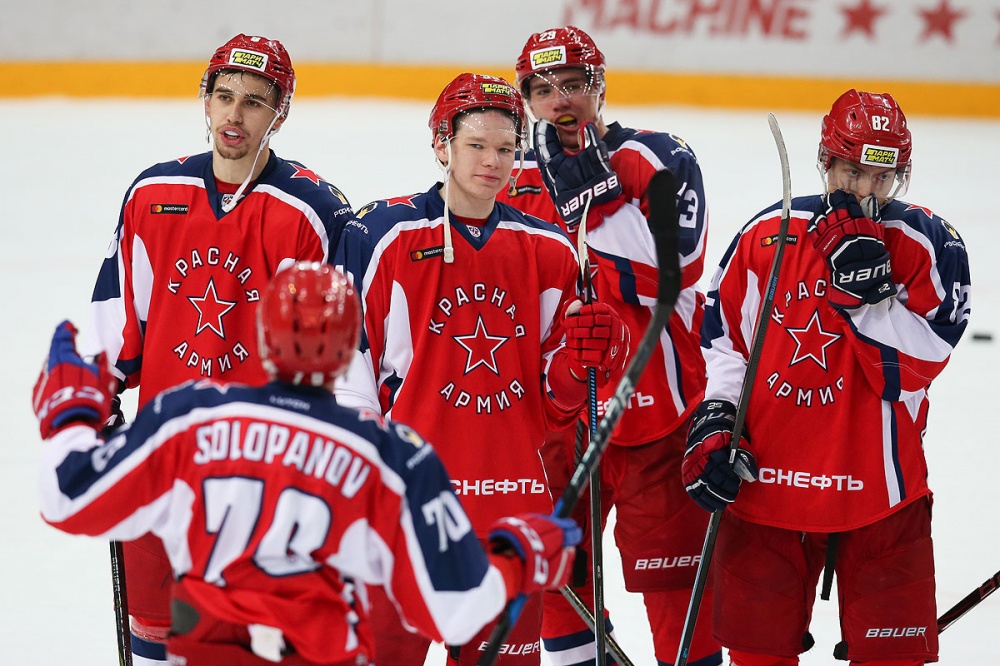 Junior Hockey League media relations department continues the review series, in which we take a look at every team of the 11th season. Krasnaya Armiya Moscow once again went into the season with a new head-coach but it didn’t prevent the ‘army men’ from enjoying a successful regular season and making it past the opening round eliminating their Moscow rivals.

Alexander Levitsky was named the head-coach of Krasnaya Armiya Moscow before the 11th Junior Hockey League regular season. Levitsky replaced Albert Leschyov. The former had previously worked with U18 Team Russia so it was relatively easy for him to find approach to Krasnaya Armiya’s rookies, who were put in the mix with more experienced players. Moscow began the season with an unexpected loss to Amurskie Tigry Khabarovsk but later on proved to be one of the top teams of the Western Conference. Krasnaya Armiya brought joy to their fans with several lengthy winning streaks but hit a slight slump late in December, losing five games in a row. ‘Army men’ finished the regular season 3rd in the West, gaining exactly 100 points. The red-and-blue faced their Moscow rivals JHC Dynamo in the opening round and won the series in four games. 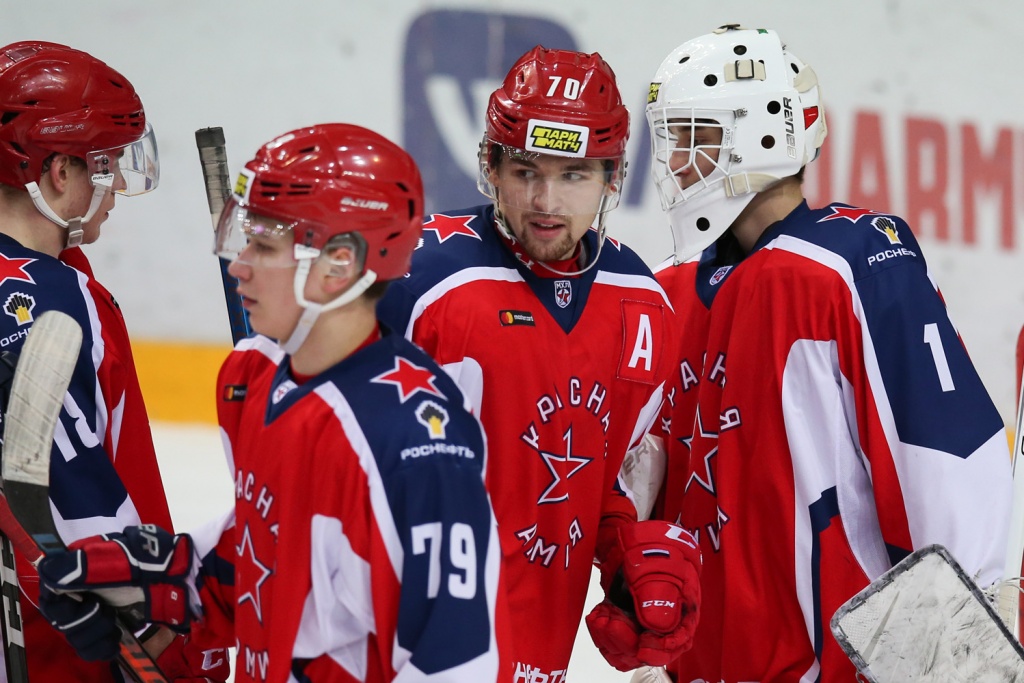 As many as four goaltenders played for Krasnaya Armiya this season. Matvey Kiselyov and JHC Challenge Cup champion Vsevolod Skotnikov had the most games among them. Kirill Samsonov and Semyon Sharabarin made their Junior Hockey League debut this year. Nikita Solopanov, who was in his final junior season, led Moscow defensemen in points. As per tradition, Krasnaya Armiya looked menacing on offense led by Leonid Klimov, who played his first full season for Moscow after joining the team from Cherepovets. JHC Challenge Cup participant Takhir Mingachyov also scored 43 points but he required several more games to achieve the feat. Krasnaya Armiya also delegated defensemen Roman Kalinichenko to JHL Challenge Cup. 19-year-old Artyom Pugachyov finished second on the team in scoring, having gained just one point less than Mingachyov and Klimov.

Only Nikita Dolgopyatov was dressed for all regular season games.

The most productive line – Khulapov-Klimov-Mingachyov. The line combined for 20 points.

Krasnaya Armiya Moscow opened scoring 49 times and allowed the first goal of the game on 15 occasions.