Avto
News
Список прямых трансляций МХЛ на телеканалах КХЛ
Vsevolod Almetkin returning to top shape after this summer’s crash
Konstantin Panov: “I dream about victories and developing my players.”
Raimonds Vilkoits: “We want to make the playoffs, but we’re going step by step”
Safin-Tregubov’s story: from Portugal to Russian snow, and from football to hip checks
Roman Kantserov: "I never even thought about leaving Magnitogorsk"
Gleb Petrov: "I want to win everything I can" - the top league's sniper talks childhood, North America, and current season
“We win because we play as a team and have known each other for a long time”. Loko-76 defenseman shared the secret of his team’s success
Alexander Perevalov is a true professional. He is very strict about the sharpness of his skates and enjoys himself at practices
Share

Junior Hockey League media relations department continues the Room To Grow series, in which we take a look at every team of the 11th season. Last year’s runners-up Avto Yekaterinburg were consistently good throughout the regular season, made the playoffs but failed to get past the opening round.

After an incredible ‘silver’ season, in which Yekaterinburg were literally just a few shifts away from hoisting the Kharlamov Cup, Avto automatically was considered as one of the conference favorites and managed to live up to the expectations. Head-coach Vitaly Solovyov once again was able to fit in the rookies into his lineup and skillfully rotated players within the club system dealing them to KHL’s Avtomobilist and VHL’s Gornyak Uchaly. In the end, his team finished the regular season just two points behind the 3rd place, as it was occupied by Irbis Kazan. However, Yekaterinburg were unable to put together another deep playoff run. Avto had the advantage early in the series against Belye Medvedi Chelyabinsk but it went to Game 5 and the ‘Polar Bears’ prevailed. 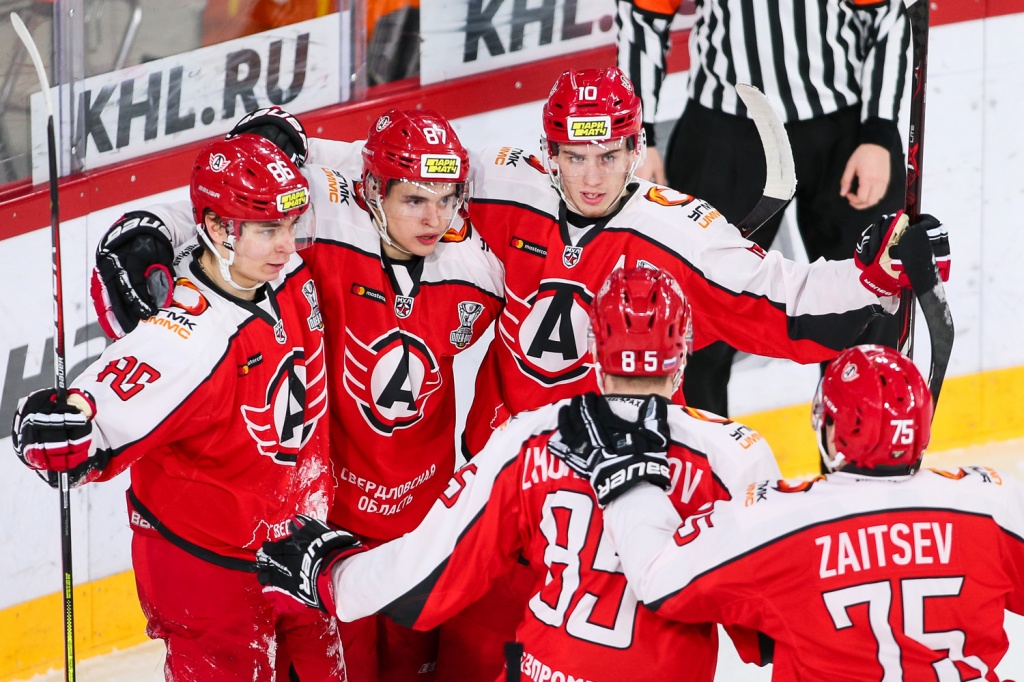 Previous post-season hero goaltender Vladimir Galkin played just four games in Junior Hockey League this season but made his long-awaited debut for Yekaterinburg’s pro team. It was up to Georgy Romanov to guard the net in the lion’s share of games. Vladimir Sartakov and Mikhail Isayev played much less. Daniil Zaitsev put up impressive numbers for a defenseman as he scored 6 goals and notched 26 assists for 32 points. He was invited to compete for JHL Challenge Cup along with another Avto defenseman Yuri Salov. Konstantin Suslov led the team in points for a long time but in the end he was surpassed by Vladislav Bukharov, Ilya Loza and Ilya Zakharov. The latter played just 37 games in Junior Hockey League this season and yet managed to score 16 goals and add 30 assists for a total of 46 points.

No player was dressed for all regular season games. Ilya Loza led the team with 63 games.

The most productive line – Bukharov-Zakharov-Loza. The line combined for 27 goals.

Avto Yekaterinburg opened scoring 28 times and allowed the first goal of the game on 36 occasions.