Junior Hockey League media relations department continues the Room To Grow series, in which we take a look at every team of the 11th season. Almaz Cherepovets enjoyed yet another solid season and made the playoffs, remaining the only Western Conference team to appear in every single Kharlamov Cup post-season in Junior Hockey League history.

Almaz Cherepovets has always been regarded as one of Western Conference favorites and a team everyone needs to reckon as a force. Junior Hockey League’s 11th season proved it once again. Head-coach Evgeny Stavrovsky went through rebuilding process and was able to put together yet another sturdy team that enjoyed a smooth sailing through the regular season. As a matter of fact, the only thing Cherepovets couldn’t attain in the regular season was getting a home ice advantage in the first round of the playoffs as Almaz finished three points behind JHC Dynamo St. Petersburg. Almaz lost two consecutive games in mid-November in St. Petersburg and then once again late in January in Riga, Latvia. Those were the longest losing streaks for the team this year. As for the winning streaks, some of them lasted for six games. The consistency allowed Cherepovets to make the playoffs without drama. However, Almaz was was eliminated from the playoffs in the opening round by Dynamo St. Petersburg, despite blanking the opposition in Game 1. 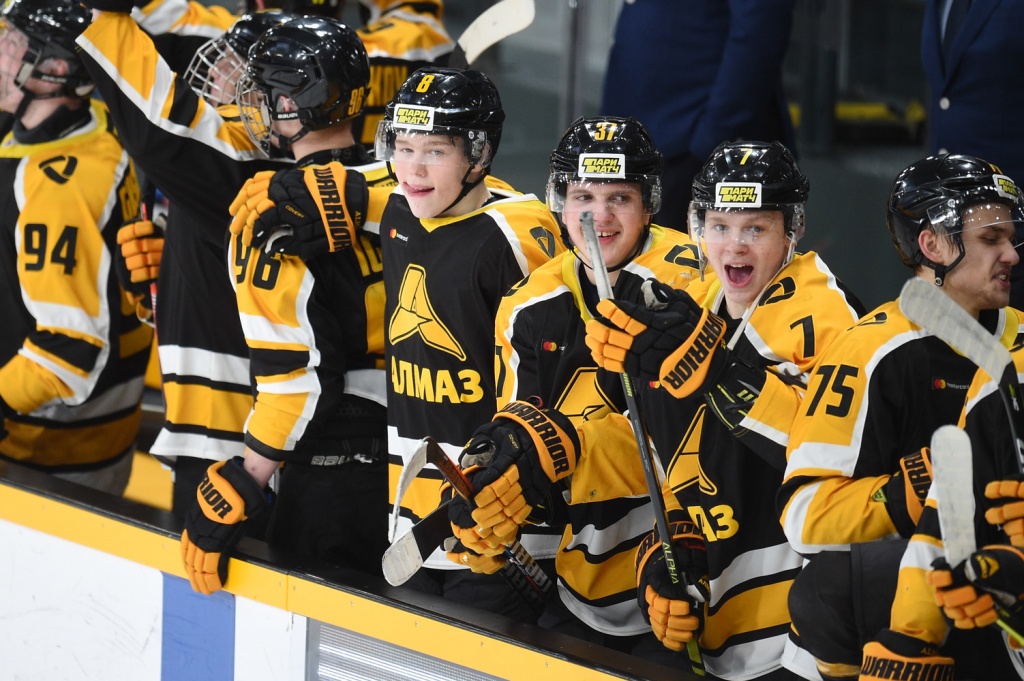 Three goaltenders played 20+ games for Almaz this year – Konstantin Shostak, Denis Rybalkin and Anton Vinogradov. Artyom Nazarkin, who turned 18 in April, played just two games. Ivan Rogov led Cherepovets defensemen in points. Several forwards battled hard to be on top of Almaz in scoring and it was Yegor Chizhikov who won the race. The forward scored 25 goals and 27 assists for 52 points in 55 games. Nikita Lukhovsky led the team in points for some time as well as JHL Challenge Cup champion Vladislav Fyodorov, who received his second invitation this season to compete in the West vs. East showdown.

The most productive line – Chizhikov-Nevolin-Lukhovsky. The line combined for 27 goals.

Almaz Cherepovets opened scoring 40 times and allowed the first goal of the game on 24 occasions.

Alexei Lapin led the team in penalty minutes with 59.