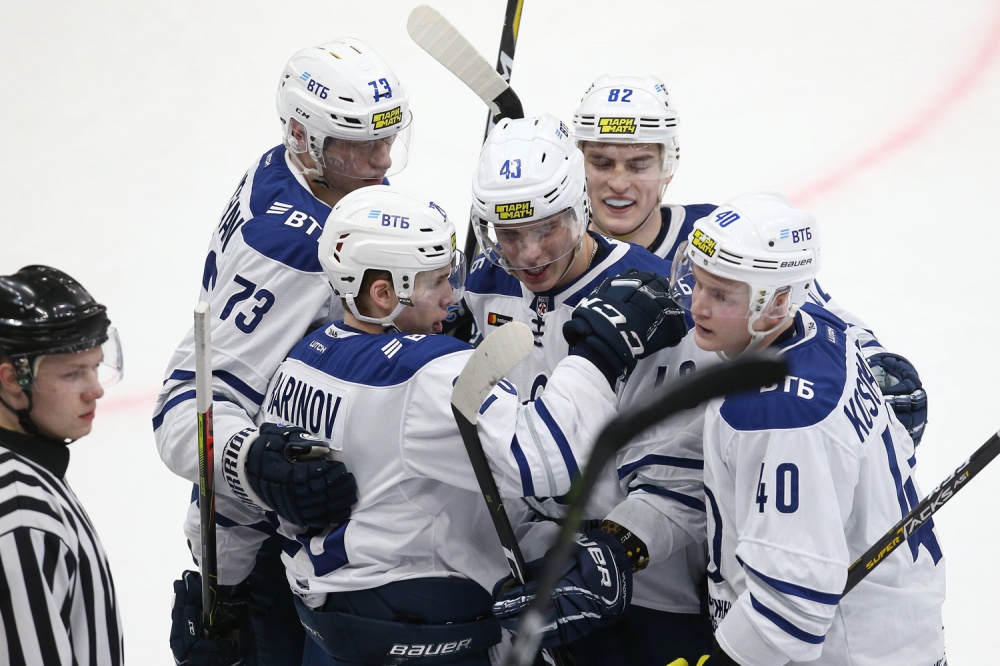 Junior Hockey League media relations department continues the Room To Grow series, in which we take a look at every team of the 11th season. Another team to return to the playoffs after a lengthy absence was JHC Dynamo Moscow, who worked under new coaching staff.

Former Sibirskie Snaipery head-coach Yaroslav Lyuzenkov took the reins of JHC Dynamo Moscow going into Junior Hockey League’s 11th season. Lyuzenkov had led Novosibirsk to bronze medals. Dynamo had gone without a playoff appearance for a few seasons and this season finally ended the grim streak. However, they were finished way behind the 5th place in the Western Conference, while HK Riga came just two points behind Moscow. Dynamo kicked off the regular season with four rivalries in a row facing first JHC Spartak Moscow and then Krasnaya Armiya Moscow. The blue-and-white lost all four bouts. However, after that Dynamo found a way to gain points consistently and hit a heavy slump just once in November when they faced top teams of the conference – Loko Yaroslavl, SKA-1946 St. Petersburg and Almaz Cherepovets. Lyuzenkov’s men went up Krasnaya Armiya in the opening round of Kharlamov Cup Playoffs. It was an even series but the red-and-blue walked away victorious.

Dynamo fans got to witness as many as five netminders in goal of their team last season. Ivan Kulikov played 23 games, Vadim Zherenko – 21 and U18 Team Russia goaltender Maxim Motorygin – 20. Yegor Smirnov led Dynamo defensemen in points with 8 goals and 15 assists in 53 regular season games. He was the one who got to represent Moscow at JHL Challenge Cup and played for Team West. As for forwards, the battle to first place in production was hard-fought and Ivan Didkovsky ended up on top with 20 goals, 13 assists and 33 points in 37 games. Dmitry Zlodeyev and Mark Katsevich had slightly fewer points, despite the fact they appeared in more Junior Hockey League games.