Junior Hockey League media relations department continues the Room To Grow series, in which we take a look at every team of the 11th season. Mamonty Yugry put together the most inspiring story of the season. Having gotten to a bad start, Khanty-Mansiysk managed to turn it around and went on to make the playoffs.

After winning bronze in jubilee season, Khanty-Mansiysk found themselves in limelight, since in addition to medals they finished on top of the Eastern Conference. The ‘Mammoths’ began with two easy and expected wins over Tyumensky Legion but that was followed by five consecutive losses, which shoved Dmitry Burlutsky’s men to the bottom-half of the table. Mamonty Yugry travelled down the bumpy road until November and dropped out from Top-8 picture. After that Khanty-Mansiysk gradually began finding their rhythm, their rookies started producing more points and the win-loss ratio improved. After the New Year’s the ‘Mammoths’ had several winning streaks, which propelled the team back into playoff zone and in the end Khanty-Mansiysk finished 7th in the Eastern Conference, surpassing Stalnye Lisy Magnitogorsk and ended up just two points behind Sibirskie Snaipery. However, Mamonty Yugry lost in the opening round of Kharlamov Cup Playoffs to Omskie Yastreby in four games. 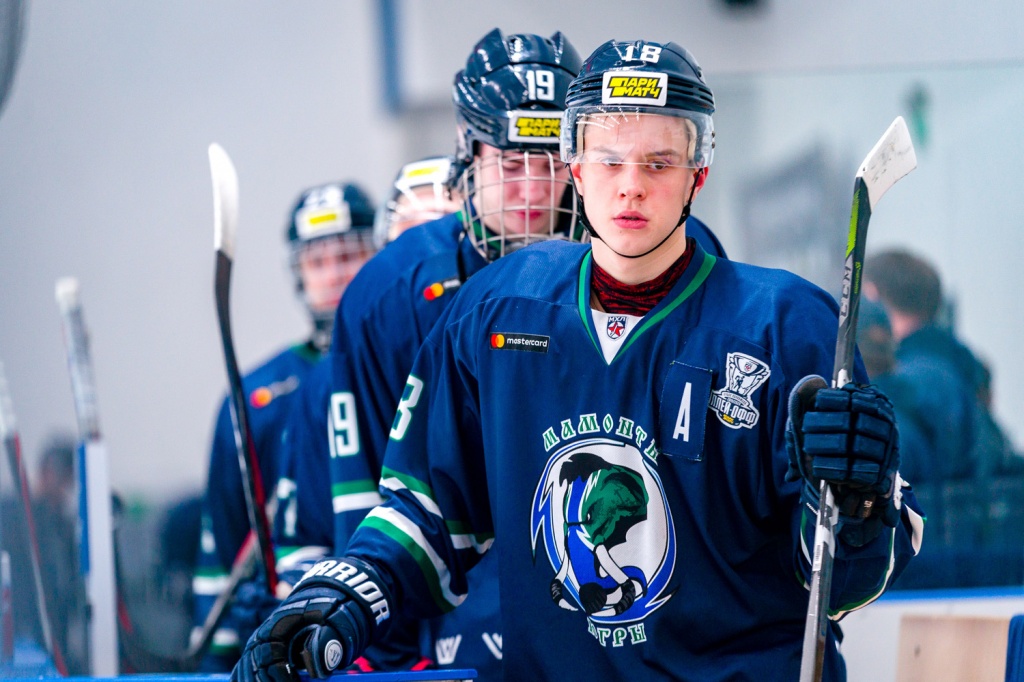 Ivan Savchik, who won JHL Challenge Cup with Team East earlier this year, stayed on top of Mamonty Yugry in points for a while. Nevertheless, he was surpassed by other players in total points. Ivan Ezhov scored 24 goals and notched 26 assists for 50 points as he played in all 64 games of the regular season. Two Kirills – Rudenko and Popov – were tied for second place. Alexander Dryagilev stood out on defense as the most productive player with 5 goals and 17 assists for 22 points. Junior Hockey League grad Konstantin Kuzmaul played 45 games, but his backup Ilya Stupin, who had made a bit of a name for himself last season, was equally good in net. Nikita Mukhametdinov played just four games.

Ivan Ezhov and Evgeny Timoshenko played every game of the season.

The most productive line – Galeyev-Ezhov-Rudenko. The line combined for 15 goals.

Mamonty Yugry opened scoring 36 times and allowed the first goal of the game on 28 occasions.