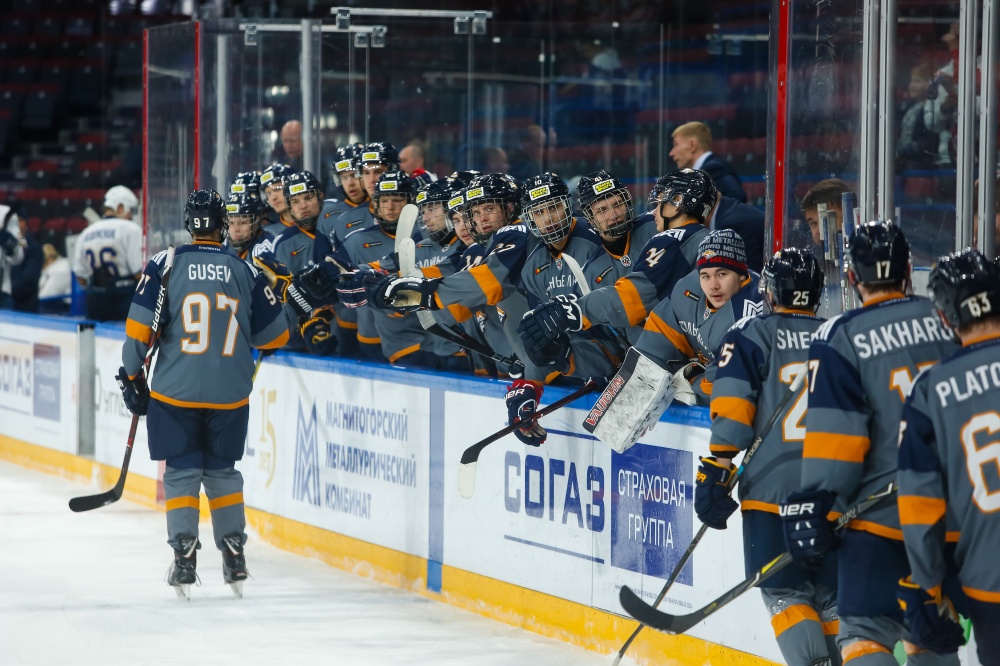 Junior Hockey League media relations department continues the Room To Grow series, in which we take a look at every team of the 11th season. Last available playoff berth in the Eastern Conference was snatched by Stalnye Lisy Magnitogorsk, who risked missing the post-season for the first time in franchise history.

Stalnye Lisy Magnitogorsk are the only Eastern Conference team to compete in every single Kharlamov Cup Playoffs in Junior Hockey League history. The only other team in the league who can boast that is Almaz Cherepovets. However, unlike Cherepovets the ‘Steel Foxes’ made their fans worry. Yuri Panov’s men didn’t get off to a good start but managed to steady the boat with several winning streaks in September and October. After that lack of consistency and a handful of unnecessary losses rendered Magnitogorsk mid-table. However, Junior Hockey League first champions did surpass their direct competitors in Chayka Nizhny Novgorod and Sputnik Almetyevsk and clinched their 11th straight playoff berth. Stalnye Lisy faced the top team of the Eastern Conference Tolpar Ufa in the opening round and gave them a real run for their money. They led twice in the series but in the deciding Game 5 Tolpar blew past Stalnye Lisy 5-1.

Dmitry Sheshin, one of Stalnye Lisy Magnitogorsk veterans, played the first fiddle and showed great productivity with 31 goals and 40 assist for 71 points in 61 games. He also won JHL Challenge Cup this year with Team East. Ruslan Gospodynko finished second in production on Magnitogorsk with almost twice fewer points but it still was a step forward for him. Another veteran, Danil Pyatin, played 33 games in Junior Hockey League regular season but it didn’t stop him from having slightly over a point per game on average. Timur Khairullin led Stalnye Lisy defensemen in scoring. As many as three goaltenders split the season almost equally – JHL grads Nikolai Shashkov and Nikita Kamyshnikov along with 19-year-old Gleb Moiseyev. Gleb Nosov and Ilya Nabokov played just two games each.

Andrei Oleinikov was the only player to be dressed for every single regular season game.

The most productive line – Sakharov-Sheshin-Platonov. The line combined for 16 goals.

Stlanye Lisy Magnitogorsk opened scoring 26 times and allowed the first goal of the game on 38 occasions.