Junior Hockey League media relations department continues the Room To Grow series, in which we take a look at every team of the 11th season. Russkie Vityazi battled till the very end of the regular season for a playoff spot in the Western Conference but failed to catch up to JHC Spartak Moscow and missed the post-season by six points.

Russkie Vityazi have had an uneven season. Despite sparks of successful games and their determination, Moscow Region was plagued by injured which rendered them out of the playoff picture. Russkie Vityazi had a bumpy start but found their stride in October and put together a neat 10-game winning streak. According to Moscow Region head-coach Maxim Bets, two away games against JHC Spartak Moscow were key in the season. Russkie Vityazi suffered two frustrating losses and lost their rhythm after that. Nevertheless, the team battled for a playoff berth till the very end of the regular season but failed to edge the very same Spartak from the 8th spot in the Western Conference. 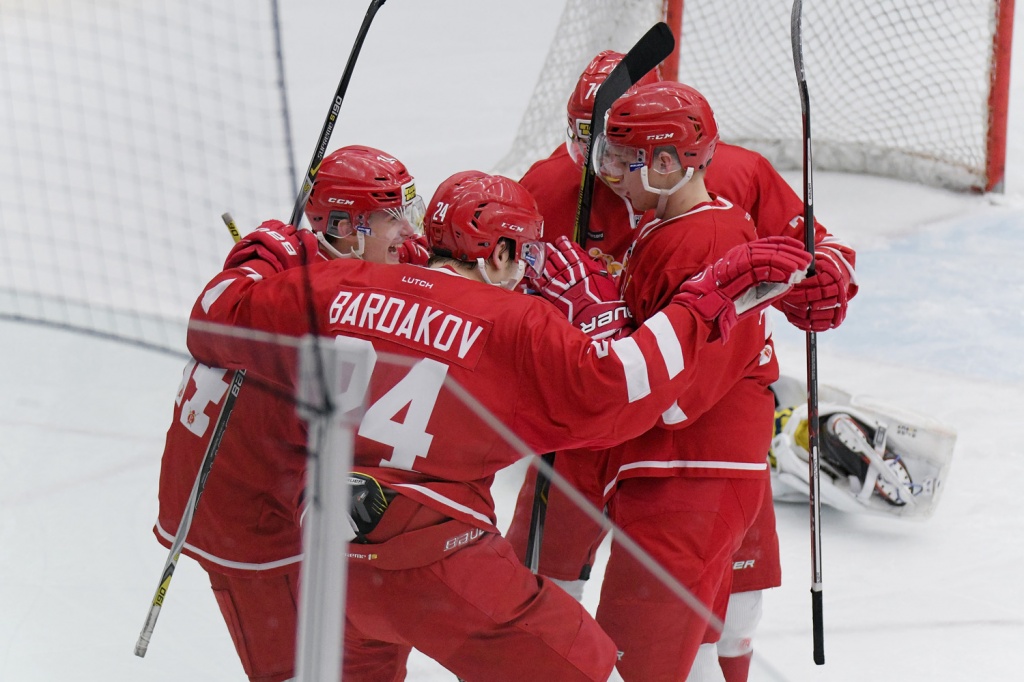 Zakhar Bardakov led Russkie Vityazi in points for a long time but then Nikita Goncharov, who had the most points on Moscow Region last season, returned to the team and quickly climbed on top of the chart. Junior Hockey League graduate as of this summer had earned a trip to JHL Challenge Cup and went on to get an invitation to compete in the 2020 KHL All-Star Game as well. Nikolai Smirnov finished just one point behind Goncharov but he required way more games than the latter. Vyacheslav Sarayev led Russkie Vityazi defensemen in points by a landfall, while as many as five goaltenders were delegated to guard the net for Moscow Region this year, including veteran Daniil Chechelev and World Juniors top netminder Pyotr Kochetkov.

Not a single player competed in every game of the regular season. Nikolai Burenov, Nikolai Smirnov and Grigory Khrapsky played 63 games each.

The most productive line – Zaitsev-Zubov-Bardakov. The line combined for 14 goals.

Zakhar Bardakov led the team in penalty minutes with 149.

Russkie Vityazi opened scoring 32 times and allowed the first goal of the game on 32 occasions as well.