NOT A WORD ABOUT HOCKEY. MATVEY KISELYOV 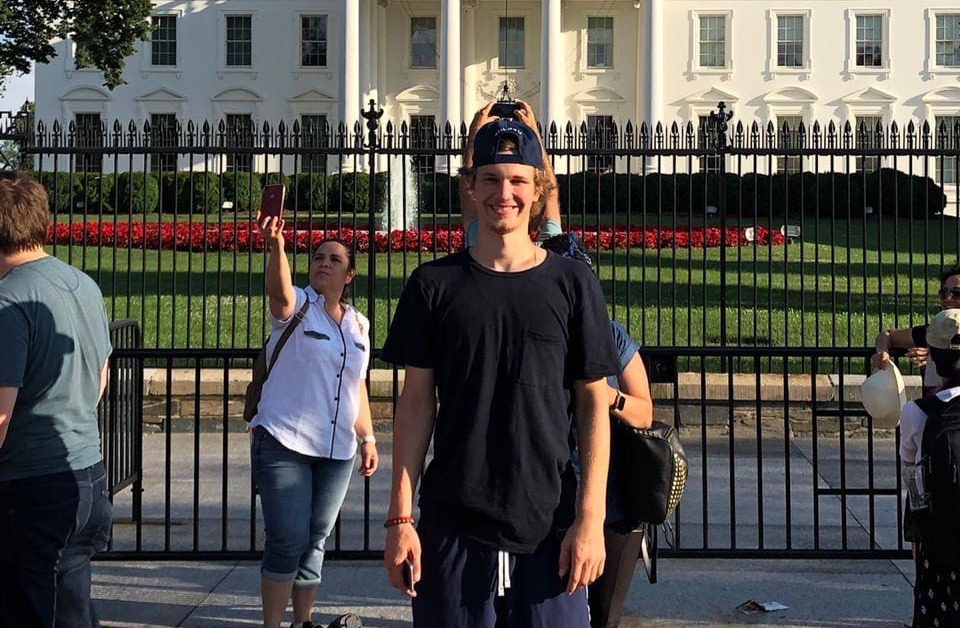 In today’s edition of our continuing Not A Word About Hockey series we’re going to sit down with former JHC Dynamo Moscow and current Krasnaya Armiya goaltender, 19-year-old Kaliningrad native Matvey Kiselyov.

- I usually decide on my diet myself. I try to eat healthy. Usually I opt for meals that are low on calories. Steak is my favorite meal. I prefer Chinese cuisine. Noodles, for example.
- I have a pet. It’s a cat named Maibach.
- I like to stay active on vacation but I can go for passive as well. Sometimes I force myself to read books. After all, reading is important.
- I dream of visiting Africa. I want to see how people live over there. I’m interested in their customs and culture. As for Asian countries, I would prefer to visit Singapore. They say that people over there have a 5-year head start on the rest of the world. I would also like to stroll down London parks in England and get a taste of Georgian cuisine.
- My friends and I usually spend time at cafes in Kaliningrad. I rarely meet them because I do visit home often.
- I have a lot of favorite movies. I’m a fantasy fan. I really like the Lord Of The Rings trilogy, Hobbit and The Fall Of Olympus. I like TV-show show Molodyozhka.
-Gerrard Butler is the actor whom I really like for his acting and charisma.
- I prefer dancing music. The latest track I have added to my playlist was ‘Korabli v butylkakh’ by Marcul.

- I’m a regular guy, I try to be modest but sometimes I can tell people off. To be honest with you, I have never really thought about my upsides and shortcomings. It’s difficult to talk about it.
- I always take my job seriously and professionally so I don’t need to get motivated for the games.
- A real man must be sincere and loyal, and able to provide a decent income for his family on his own.
- From my father I inherited his temper, ability to move forward and never give up and get the job done. As for my mother, from her I inherited empathy to my loved ones.
- When I make an acquaintance first thing I look at is their shoes. It tells a lot about a person.
- I’m a superstitious guy. I’m a gambler only when it comes to sports.

- I don’t have a role model when it comes to men’s attire. Among KHL players I like how CSKA’s Konstantin Okulov dresses. He gave me some advice on how to dress and how to wear it.
- I don’t pay attention to clothing brands. Clothes just sort of jump out at me. I’m not a fan of tracksuits so I prefer classics.
- Hermes is my favorite perfume.
- I can’t say that I grow beard on purpose. It’s just that sometimes I don’t have money to buy a razor (laughs).

- I think that my ideal is a caring girlfriend who could understand and support me, because it’s not easy to live with athletes.
- If I’m going to have a son, I will sign him up for a hockey school and help him in his career, sharing my experience. As for signing up my daughter for hockey, I’m not sure but I will sign her up for sports. I don’t her to laze about on the block. It would be better if she were in sports.

- If I weren’t a hockey player, I would go to Law School following my father’s footsteps.
- I study at a college. My majors are economics and law but I rarely come to classes because I don’t have the time because of my games and practices. I’m going to be honest with you. I don’t know my classmates.
- I believe, it’s very important to get a higher education these days. You can’t go far in today’s world without it.

A funny moment happened to me in KHL this year. I went on the road with CSKA’s pro team and forgot my passport. Everybody was laughing at me. Head-coach said that it wasn’t a big deal and it happens to everyone. It’s good that I have friends in other cities. They really helped me out and I got my passport back.

Not a lot of people know that in my family everyone’s name starts with M.