ALINA BURLAKA: “ZHENYA DIDN’T LEARN HOW TO SKATE – HE GOT IT RIGHT AWAY” 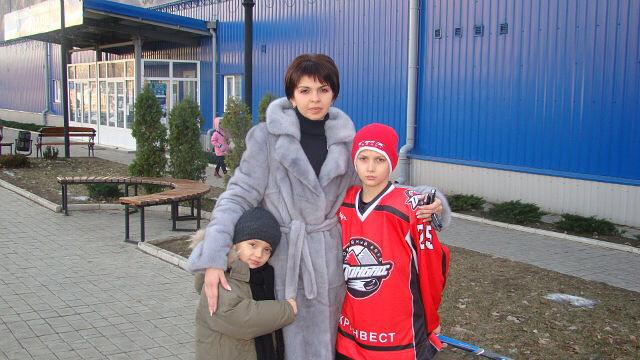 ALINA BURLAKA: “ZHENYA DIDN’T LEARN HOW TO SKATE – HE GOT IT RIGHT AWAY”
Share

Junior Hockey League continues the Family Portrait series. In today’s edition we’re going to talk to JHC Sarmaty Orenburg defenseman Evgeny Burlaka parents Alexei and Alina. They open up about how their son got into hockey, why he chose to be a defenseman and also how they support him during the season.

Alexei: I had been into hockey before we signed Zhenya up for it. Back when we lived in Donetsk, I was on Donbass amateur team. Once my son came to my practice and he liked what he saw on the ice. That’s how he first saw the sport.

Alina: When our town’s hockey program got better, I also got into it and enjoyed going to the games. Now the love for the sport has grown even bigger. It’s now a part of life for our entire family.

Alina: At first Zhenya was in wrestling and was even decently successful at it. So we didn’t even think that he would become a hockey player.

Alexei: After a certain period of time our son had to make a choice between wrestling and hockey. He was seven at the time and we did our best to explain to him that he wouldn’t be able to sit on two chairs and he had to opt for one sport or the other. So signing up for a hockey school was his decision. I’m certain he doesn’t regret it.

Alina: I was positive on my son’s decision. Obviously, as every mother would do, I was a worried but it’s a positive emotion. I started going to his games – home and away. Back then there weren’t online broadcasts and I had to go to other towns to watch my child play and cheer for him.

Alina: Zhenya didn’t have a moment when he had to learn how to skate because he was so poor at it. He just stepped on the ice and skated away naturally. He never used practices chairs or leaned on cones. Most importantly, he never had a breaking point. He never refused to go to practice, as many of his peers did.

Alina: Who helped him in the dressing-room at first? It was mostly me who took him to practices because my husband worked a lot. I would help him lace up his skates and put on the rest of equipment. Then his dad taught him to do it all himself. So he went through drills to learn put equipment on and off (laughs).

Alexei: Why did he become a defenseman? The coach put him on defense because that used to be his position. Incidentally, Zhenya’s first number was just like his coach’s – 25. 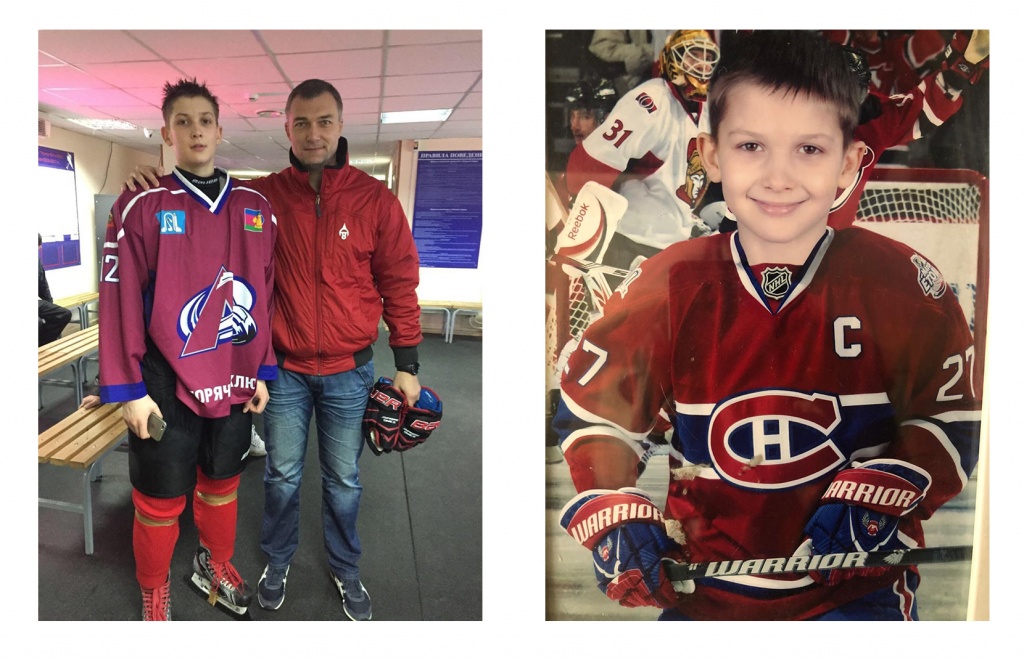 Alina: Zhenya’s very first tournament was held in Kiev. We went there with Medvedi to face Sokol. It was very exciting and scary, especially for us – his parents. But everything went well, and if I’m not mistaken they won the tournament. I remember a story. Zhenya has a friend who’s a goaltender. It was his first tournament as a goalie. We always talk about what he told his mother after the first game, ‘Mom, when that puck was flying my way, my entire 6-year-old life flashed before my eyes’. My son, on the other hand, didn’t say anything like that after his first tournament. He’s a pretty serious boy. He just went there and played and that was it.

Alina: Zhenya talks about hockey only with his dad. He tells me that I don’t understand anything in it. He mostly seeks my advice when it comes to everyday life stuff. Everything else he discusses with his father – he always gives him advice and analyzes his play.

Alexei: He does listen to me but it’s his coach who he listens to the most. As it should be. Obviously, I can express my opinion but I perfectly understand that my son follows his coach’s instructions first. How do we help him deal with slumps? We always tell him that he needs to keep working hard and that quantity turns into quality. If you have a goal, you need to work towards it, because it won’t come to you otherwise. Achieving a goal is a lot of hard work. As for praise, I do my best to praise my son. I believe that everyone needs to be objective and adequately assess the situation. Sometimes, of course, I praise him when he deserves it. But it’s usually his mom’s job.

Alina: Right after the game I grab my phone and text him that he did well and he’s the best. I always give high praise to my son’s achievements. Do we go to his games? Unfortunately, no. He’s far away from us. But we do watch all of his games via online broadcasts no matter where we are. When Zhenya has a game, we always switch our phones on and cheer for him. Aside from me and his dad, Zhenya gets support from his younger brother Gleb. He’s 13 years old and he’s also a hockey player thanks to his brother. Zhenya put him on skates when Gleb was three years old.

Alina: I still have a hard time accepting the fact that my son is always going to play far away from his home. But it’s inevitable. I’ve gotten used to it. It’s Zhenya’s decision and no one forces him to follow that road. He had a choice, he could have stayed home and be in another sport. But right now he knows what his goal is and that’s why I support him, even though I worry a lot.

Alexei: My job is like Zhenya’s – I’m also away a lot in other towns and come home rarely. So we have a few common features. That’s why I have always understood him well and still do.

Alexei: There’s only one gameplan – be a good and decent person. Let the luck always be on your side – it’s an important factor in life and in sports. And, of course, avoid getting injured. You can’t avoid it in professional sports but let there be as few of them as possible. Other than that… work, work, work!

Alina: I always tell my children – you have to be the best of the best and always strive to win.