Junior Hockey League media relations department continues the Room To Grow series, in which we take a look at every team of the 11th season. Sputnik Almetyevsk once again failed to make the playoffs for the first time in franchise history, albeit putting on a decent performance and missing the post-season by just a few points.

Sputnik Almetyevsk played the ripest brand of hockey since joining Parimatch Junior Hockey League. Despite missing the playoffs again, Almetyevsk put together several great winning streaks and missed the post-season by just a handful of points. Eduard Dmitryev’s men could have finished higher in the standings if they played better in February. However, hard-fought series against Belye Medvedi Chelyabinsk and Avto Yekaterinburg rendered them out of the Top-8 in the Eastern Conference. Almetyevsk finished the regular season with four consecutive victories.

Andrei Sholgin led Sputnik Almetyevsk in scoring. In his fourth season with the team he scored 12 goals and notched 21 assists for a total of 33 points. His linemate Vyacheslav Kolesnikov and Timur Zakirov were tied for first on the team in goals. The latter netted the same number of tallies in eight fewer games. Defenseman Artyom Onishko was selected for Team East in JHL Challenge Cup and ended up winning the coveted trophy. He played 60 games for Almetyevsk scoring 17 points. Rail Nasyrov was the starting goaltender for Sputnik and had several stellar games in the regular season. Makar Kositskikh played 14 games in net while former Irbis Kazan’s Timerkhan Shabanov was limited to just three. 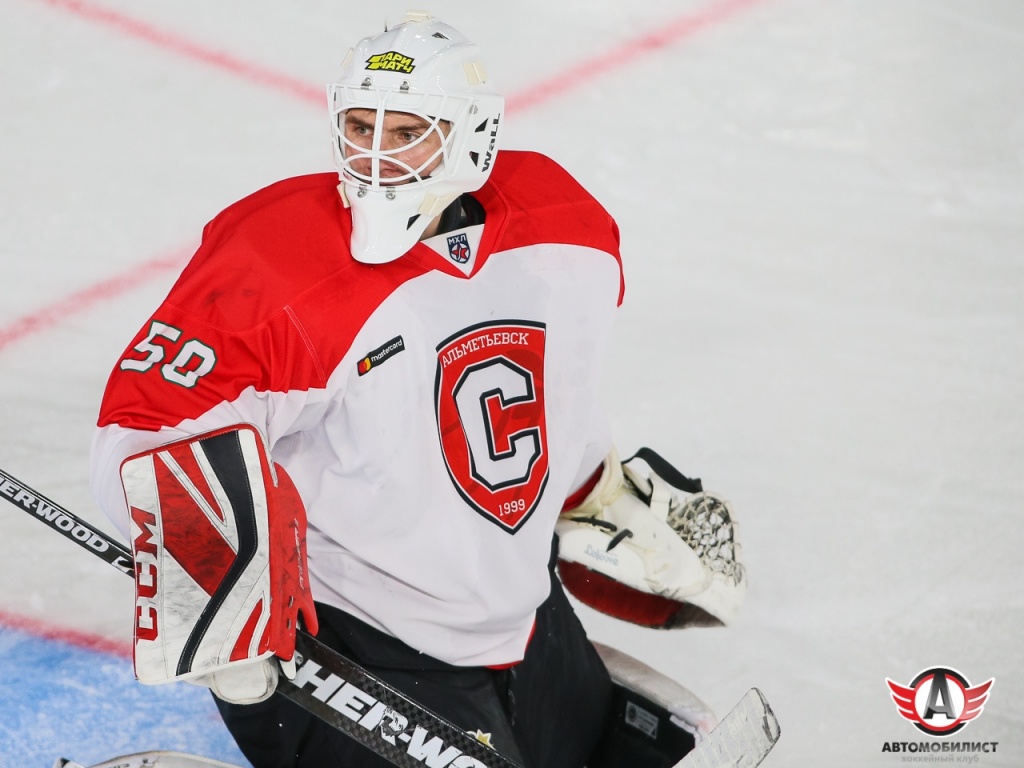 Not a single player was dressed for every regular season game. Danil Zharov and Mikhail Fadeyev played in 61 games.

The most productive line – Galimov-Sholgin-Kolesnikov. The line combined for 11 goals.