Junior Hockey League media relations department continues the Room To Grow series, in which we take a look at every team of the 11th season. JHC Atlant Moscow Region was another Western Conference team to miss the playoffs. The team haven’t competed in the post-season for several straight seasons.

Atlant Moscow Region once again changed their name in the off-season. Atlanty turned into SMO JHC Atlant and brought back the logo the team used back in their KHL days. In comparison with the previous season, the team managed to finish a little higher in the standings but it wasn’t enough to make the playoffs. Mytischi got off to a decent start in the regular season but a 10-game losing streak sent them to the bottom half of the table. The progress followed in December when Andrei Lunyov’s men won six games against teams from Russia’s Far East. However, Atlant lost a lot of games after that, including those against their direct competitors. As a result, Moscow Region missed the playoffs by almost 20 points.

Junior Hockey League program Your Chance alumnus Daniel Usmanov led the team in scoring this year. Another participant of the program Roman Daryin also inked a deal with Atlant and earned an invitation to JHL Challenge Cup. Midway through the season the team brought back a fan-favorite and one of the best players in franchise history Dmitry Silantyev. He scored 37 points in 32 games and finished 3rd on the team in scoring and 1st in goals. Yegor Starkov led the team in points among defensemen. 17-year-old Platon Zadorozhny, who had made his Junior Hockey League debut last season with JHC Spartak Moscow, played the most games for Atlant in goal with 34. Danila Fomin played ten fewer games, while Maxim Kloberdanets had 16. 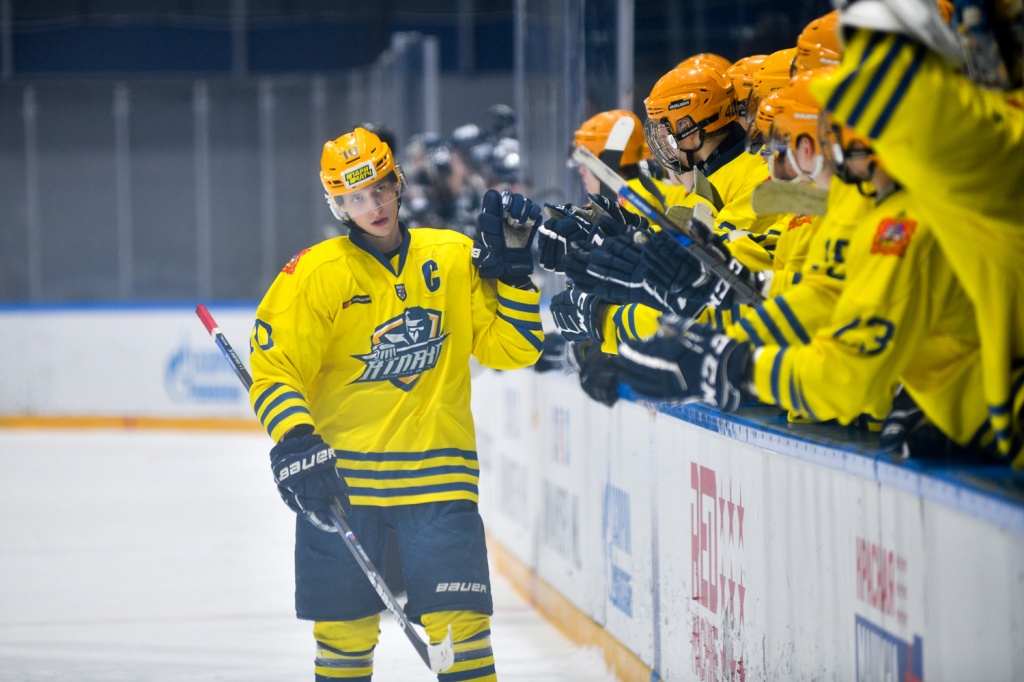 Not a single player was dressed for every game of the regular season. Daniil Shushin and Matvey Kokovin played 63 games.

Most productive line – Silantyev-Usmanov-Shushin. The line combined for 25 goals.

Atlant opened scoring 28 times and allowed the first goal of the game on 36 occasions.

Ilya Borisenko led the team in penalty minutes with 81.