Sakhalinskie Akuly
News
Edgar Varagyan: “When we were on the plane, guys told me: “He is an enforcer, he would beat you up with no sweat.” I thought: things happen, he would beat me up and so what?”
“As time goes by, taking a flight to Sakhalin feels almost like being stuck in Moscow traffic.” Daniil Veremeichik – the JHL's Best Player on Social Media
“Working out in a gym is a type of rest for me.” Ivan Murashov had the best season of his career, dreams of playing in the KHL and has not eaten any fast food for two years
“Condensed milk is the only unhealthy food available for the national team.” Raul Yakupov – about the Black Sea Cup, the KHL debut and the season with Reaktor
“Four years in the JHL was a great time. Winning the Cup with Dynamo was the best moment.” Ivan Didkovsky about junior phase of his career
Metsola-type player of Krasnaya Armiya, Peksa’s progress and solid Gromovik. Dream team goalies
Arseny Gritsyuk is the top rookie of the KHL season
A bronze medal with Irbis, VHL appearances and the first goal for Ak Bars. An eventful season for 19-year-old Dmitry Katelevsky
Share

Junior Hockey League media relations department continues the Room To Grow series, in which we take a look at every team of the 11th season. Today we’re glance at Sakhalinskiye Akuly, who returned to the league and finished 12th in the Western Conference. 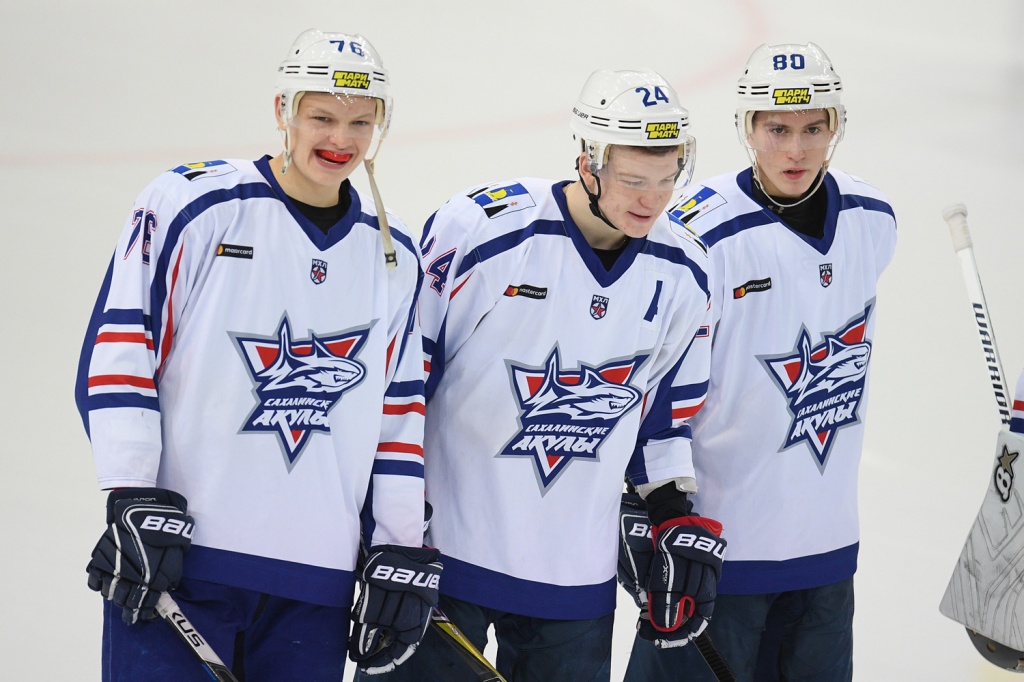 Former Amurskie Tigry Khabarovsk netminder Grigory Kolupayev was the started for Sakhalinskiye Akuly this year and played 53 games. Junior Hockey League rookie Kirill Kuzmenko had 19. Alexander Baranov was invited to compete for JHL Challenge Cup as he led the ‘Sharks’ in points among defensemen. He played all 64 games, scoring seven goals and notching 13 assists for 20 points. As for offense, Ruslan Akhmetvaliev had no competition. Former Irbis Kazan and Sibirskie Snaipery forward joined Yuzhno-Sakhalinsk and led the team in goals, assists and points, surpassing two other key players – Stanislav Basnev and Vladimir Krotov.

The most productive line – Bozunov-Dolishnya-Basnev. The line combined for 17 goals.

Daniil Kuptsov led the team in penalty minutes with 140.