SERGEI SEREBRYAKOV: “THANKS TO THE TIGERS I MET MY WIFE” 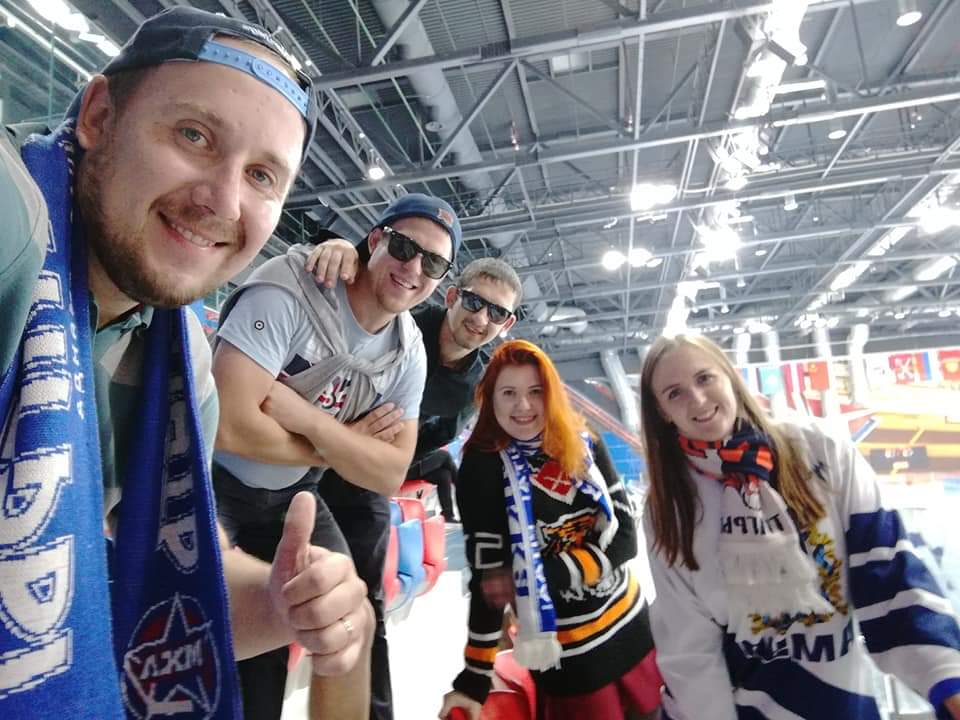 SERGEI SEREBRYAKOV: “THANKS TO THE TIGERS I MET MY WIFE”
Share

- I went to my first junior hockey game back in 1999 or 2000, so it was even before the launch of Junior Hockey League. We had two clubs back then – Amur-2 and Samorodok. As for my first JHL game, it was in 2010 in St. Petersburg. I consider myself a diehard fan since 2005. That’s when I began to actively support Amur and later on Amurskie Tigry. Before that I was just going to the games as a regular fan.

- I went to my first Amurskie Tigry game on December 6th, 2010 in St. Petersburg. Our boys lost to Serebryanye Lvy 5-2. It’s was still a pretty positive experience because the team battle hard and the final score doesn’t truly paint the picture. It’s just that the opposition had the luck on their side that day. Did I go to any other away games? After I moved to the western part of our country, it has gotten easier to go to away games. My first road trip was to Tver in 2011. The race for the playoffs was fierce that year. We were trailing 2-1 but with 29 seconds on the clock in the third period our defenseman Alexander Osipov fired a hard-clapper home to tie it up. After that the game went to the shootout and our boys prevailed. Stanislav Katsuba scored the winner. It was beyond emotional. After the game the whole team skated to our sector and thanked us for the support. As for how the team helps us at away games, JHL team management doesn’t help us – meaning western fans – in any regard. Although, we don’t really need it. It’s pretty simple – you just pack up and go. You’re going to get into the arena regardless. As for the pro club, they do help. They always send the necessary paperwork for our fan-sector so there wouldn’t be unnecessary hustle for the tickets and we would support our team in an organized manner. How many road trips have I under my belt? About eight or nine for Amurskie Tigry, I believe. Counting with the pro club, it almost 50.

- Amurskie Tigry have a fan-sector in Khabarovsk. It has been around since the team joined Junior Hockey League. It has gone through several generations of fans. It’s pretty active and it’s great. As for the western fans, we have two main groups. One is Khabarovsk Moscow Clan and the other is Khabarovsk St. Petersburg Clan. They consist of people who moved at one time or another to those cities but continue to support their hometown team. It’s fair to say that it’s the Khabarovsk fan-sector but on the road. We don’t make preferences between pro and junior teams. It’s the same team for us. In the West, we don’t really have any traditions or strict rules. If the team makes the playoffs, we commemorate it with producing a special fan scarf. We do our best to be in the same color pattern at the games. We often talk to the players next to employee entrance after the games. We have our set of chants that we start the games with. In them we always mention our favorite Khabarovsk district – South Port. That’s where most of us are originally from. Do we give presents to the players? Sometimes we give them toys, crackers to goaltenders for shutouts and team merchandize that we produce on our own. Our fan-sector members met outside of game context as well. Because we’re all friends and we’re united by our love for Khabarovsk hockey. Actually, I met my wife thanks to Amurskie Tigry. She’s been a fan ever since the team joined Junior Hockey League. She was there from the grassroots so to speak.

- First of all, it’s one of the playoff games in Voskresensk against Khimik in 2011. Actually, it has something to do with gifts for the players. Our defenseman Alexander Osipov was celebrating his birthday that day and we prepared a small souvenir for him – it was a stuffed tiger toy. After second period the players headed to the dressing-room and we decided not to beat about the bush and hurried with the present. Just as we made our way to Alexander, policemen shoved us away rudely. They even used physical force. We did our best to explain our intentions to them politely but to no avail. Alexander rushed to help us himself and Amurskie Tigry coach Mikhail Anatolyevich Komarov. Police were in a bit of a shock and backed off to our surprise. The game proved that it’s important to be united. One for all and all for one as they say! Moments like that stay with you for a long time.

- I also remember well the last game of the 2019-20 season in St. Petersburg against JHC Dynamo. One of our members, Dmitry, had agreed with goaltender Alexander Yevgrafov that it would be fun to do something together with the team. Some kind of a mini-show. In the end we opted for a battle cry with clapping. You can find the video on social media if you search for Amurskie Tigry and HDP. It was our first interaction with the team of the kind. I’m thankful to the ‘Tigers’ for their cooperation. It’s very important and memorable for us. I can even begin to describe my emotions. It was awesome! I would like to add that we really enjoy the atmosphere in Junior Hockey League. There’s more room for action and the brand of hockey is wilder.

- 2019-20 season, the game in Setun. Our team takes a penalty. The ref raises his hand, Krylia Sovetov Moscow goaltender races for the bench to switch for an extra-attacker, couple of passes, ricochet and the puck goes into the gaping net! It was the moment when taking a penalty played in our favor. You don’t get to see that often.

- First two criteria our love and loyalty to your team, and the third is a decent collection of team merchandise – scarfs, cards, pins and so on.

- I would like to wish our boys to achieve the goals they set, good statistics, always battle till the end on the ice and never give up. Obviously, to stay in great health and avoid getting injured. And most importantly – we need the Kharlamov Cup! You have what it takes! We believe in you!