KRISTINA SHIKHANOVA: “KINDNESS, COMPASSION, SINCERITY AND SIMPLICITY – THAT’S WHAT DREW ME TO STAS”

Back to the list
News
NOT A WORD ABOUT HOCKEY. MAXIM MUSOROV
OKSANA TOLSTENYOVA: “MY SON WAS A HOCKEY ‘PIONEER’ IN OUR FAMILY, I FOLLOWED HIS PASSION”
MATVEY ZASEDA: “MY MOM EDUCATED ME AND EVEN EDITED MY INSTAGRAM POSTS”
SOFIA KARDASH: “IT’S DIFFICULT TO BE A FAN AT MISHA’S GAMES – I ALWAYS WANT TO PARTICIPATE”
NOT A WORD ABOUT HOCKEY. VLADISLAV TSITSYURA
NOT A WORD ABOUT HOCKEY. KIRILL TAGIROV
IVAN MURANOV: “PERHAPS, THERE’S GOING TO BE ANOTHER MURANOV IN JHL NEXT SEASON”
GEORGY GELASHVILI: “YOU NEED TO BUILD A STAR TEAM, NOT A TEAM OF STARS”

Junior Hockey League continues Partner-In-Arms series. Today we’re going to sit down with Kristina Shikhanova – Ladiya Togliatti forward Stanislav Rangayev’s girlfriend. She opened up about how she met the hockey player, how she supports him during the season and also shared a funny story of their relationship.

My name is Kristina. I’m 15 years old. I study at school. Ever since I was a kid dancing has been a part of my life. I’m a HC Lada cheerleader. I also tried myself in figure skating, gymnastics and painting.

There’s nothing unusual in how I met Stas. We had known each other for a long time but we had never talked. Once he messaged me on a social network and we began messaging back and forth. I had never thought that we would start talking, not to say dating. I think that I was drawn to Stas by his kindness, compassion, sincerity and simplicity. 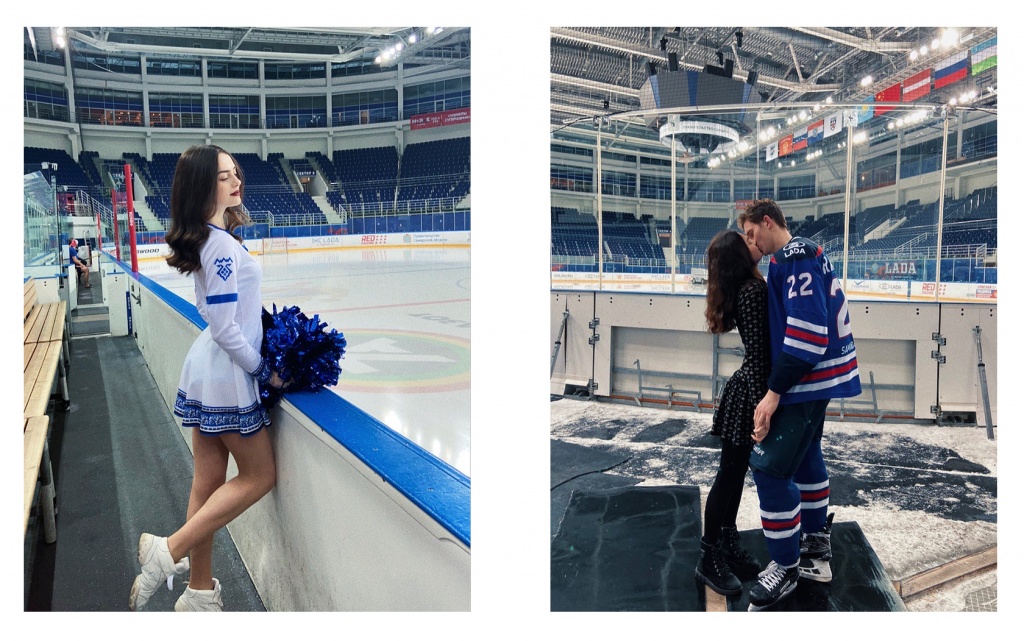 I was tethered to hockey ever since I was born because my dad, uncle and grandfather played hockey. So I suspected that one day I might be interested in a relationship with a hockey player. How often do we talk about hockey? Pretty often. I’m always interested in what’s going on with Stas’ team. He often tells me about his career goals. As for spending time together, we hang out rather often. Almost every other day or sometimes even everyday. The fact that I’m a cheerleader plays a role. Thanks to that we get to see each other more often. I come to every home game. Sometimes as a fan and sometimes I follow the game while dancing on the stage. Unfortunately, I didn’t have a chance to go on a road game but I wouldn’t mind going somewhere to support my boyfriend.

Prior to games I usually wish Stas to have a good game and good luck. I do my best not to disturb him so I wouldn’t get in the way of him getting in the right mindset for the game. After a successful game we talk about it. If his team losses, I do my best to support him and certainly give him an opportunity to pour it out.

Hockey or not, rest is on the schedule

It happened very early into our relationship. That day my girlfriends and I danced at a Ladiya game. After the game the boys skated to our stage and banged their sticks. Stas blew me a kiss from ice-level. Back then not everyone knew about our relationship and one of the cheerleaders reacted when she saw that, ‘Oh, girls, #22 Rangayev blew me a kiss!’. I burst out laughing on that. I told her that the kiss wasn’t meant for her. We still look back at that with a laugh. 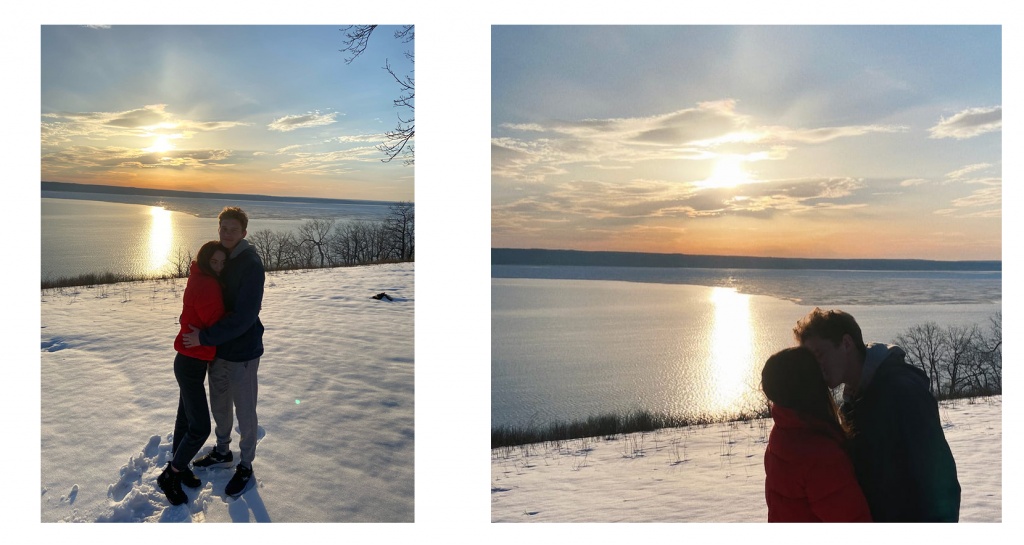 I think that the main qualities for a partner-in-arms are patience, compassion and ability to provide support when needed. She also has to be faithful and always be by his side. Hopefully, I tick all these boxes (laughs).

Gameplan for loved one

Stas, never give up and keep working hard no matter what! Always have a positive mindset. Believe in yourself and your team, and then everything is going to be alright!