It all began when my parents registered me for swim school at the local pool. While my mom went to find out the details about the class, my dad and I went to watch some guys skating at the rink. I don’t remember exactly what followed but evidently I liked the sport more. My dad used to be a figure skater so he gave me his pair of skates for a start. So I learned to skate in figure skates. Although, it didn’t matter at the time what I skated in. At first, I just stood on the ice and did my best not to fall. My dad retired from figure skating when he was 18 years old but I still inherited from him his passion for ice, pirouettes and stoppings. It’s genetic, I think. So I don’t get offended when I’m called a ‘figure skater’. In any case, people stopped doing that when they try to offend me.

I didn’t give it much thought during the regular season. I did my best to score goals and help my team. I dedicate all of my goals to my parents. They come to every SKA-1946 home game. I do my best to bring them joy as often as I can. 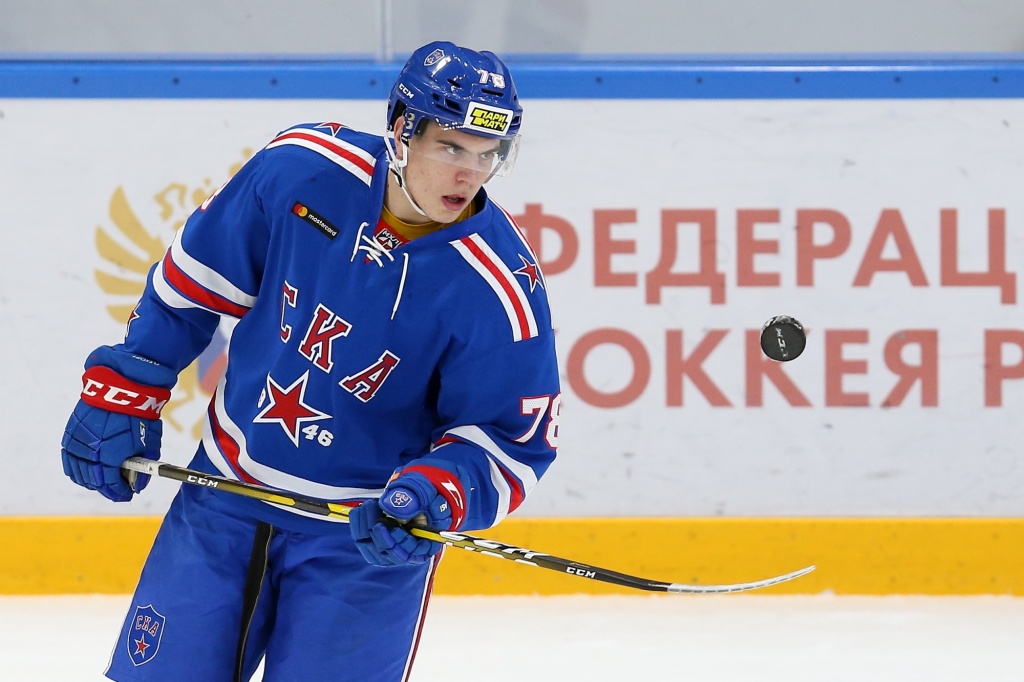 Once before a game against Loko Yaroslavl Artyom Gradovich and I gave each other a massage. It’s just that our team masseur was busy and we didn’t feel like waiting in line. Incidentally, Gradovich is better at massages. Looks like he turned pro (laughs). I learned just the basics. I can massage muscles just a bit.

A lot of people ask why I chew on my mouthguard all the time during games. The answer is simple. It’s a cheap mouthguard. It doesn’t fit my teeth and it gets loose all the time. I tried chewing on it for a bit and it got more comfortable. It stays on the teeth now. So I got used to chewing it (laughs). When I see a collision coming or when I’m blocking a shot, I try to put it in place. It’s on a subconscious level. I’m not worried about the teeth much. No coward plays hockey and you can always put the teeth back in.

SKA-1946 coaches always say that we need to perceive ourselves as champions. We have to feel the way we would feel when we beat everybody. We put up a few slogans in our dressing-room before the playoffs. They all mean the same thing. That we’re a team and united we always win. 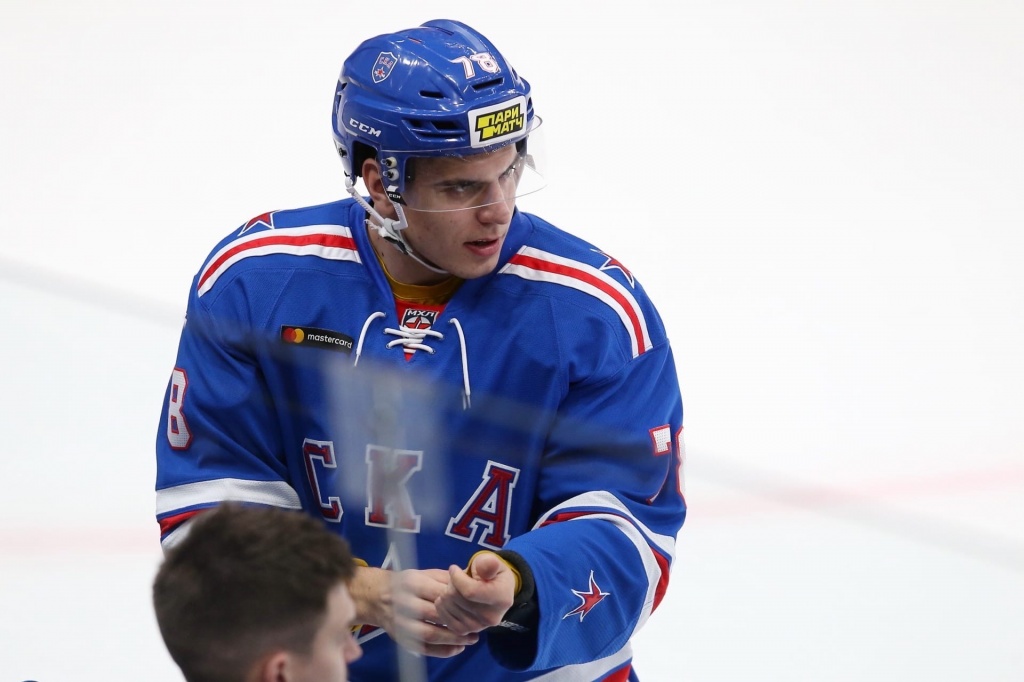 I have 78 on my back now because as an older teammate Nikita Zorkin took number seven from me. I offered him a deal and even tried to buy it off him but he refused. I had to take the number. Most importantly, there is a seven in it as well. Obviously, I will retake seven when I get the chance.

Being late for a plane

It happened this season. We were flying from Khabarovsk to Moscow and then had to make a connection flight to St. Petersburg. During the connection we lounged a bit too long at a café with a few guys and they didn’t let us board the plane, even though we saw a bus with our team leaving the terminal. First, we had to run for our hockey bags because they were already dispatched from the plane and then to the ticket office. We had to buy tickets with our personal money and we didn’t have much. We managed to pull the funds, lent each other some money, some folks called their parents and an hour later we made another flight.

During one of the breaks in the season our team decided to play paintball. We played indoors so there wasn’t much space. As soon as you peek your head out, you get shot at! We applied fair play but I think some guys still etched the paint off themselves (laughs).