VIKTORIA SADYKOVA: “OUR FAVORITE VACATION SPOT WITH DANIL IS WHEREVER WE ARE TOGETHER”

Sakhalinskie Akuly
News
“I am of the same “slow ship” style as my father.” Maxim Mayorov – about moving to Yaroslavl, national team debut and passion for tennis
“I bought a cake and gave flowers to my mom with my first paycheck.” Yaroslav Tsulygin – about his JHL debut with Tolpar
Was signed up for hockey at the age of three, was dressed as a goalie in an extreme situation and looks up to Datsyuk: take a closer look at the leader of Irbis and the hope of Ak Bars
Edgar Varagyan: “When we were on the plane, guys told me: “He is an enforcer, he would beat you up with no sweat.” I thought: things happen, he would beat me up and so what?”
“As time goes by, taking a flight to Sakhalin feels almost like being stuck in Moscow traffic.” Daniil Veremeichik – the JHL's Best Player on Social Media
“Working out in a gym is a type of rest for me.” Ivan Murashov had the best season of his career, dreams of playing in the KHL and has not eaten any fast food for two years
“Condensed milk is the only unhealthy food available for the national team.” Raul Yakupov – about the Black Sea Cup, the KHL debut and the season with Reaktor
“Four years in the JHL was a great time. Winning the Cup with Dynamo was the best moment.” Ivan Didkovsky about junior phase of his career
Share

VIKTORIA SADYKOVA: “OUR FAVORITE VACATION SPOT WITH DANIL IS WHEREVER WE ARE TOGETHER”

Junior Hockey League continues the Partner-In-Arms series. Today we’re going to sit down with Viktoria Sadykova, Sakhalinskie Akuly defenseman Danil Moskalyov’s girlfriend. She shared how she met her loved one, how she supports him during the season and a few funny stories of their relationship.

My name is Viktoria. I’m 19 years old. I’m from Kazan. I study at Sports Academy. I used to be a professional athlete. I’m master of sports in sports aerobics. I’m a member of Bars Angels cheerleaders with Ak Bars since 2018.

I met Danil on June 1st, 2017. I had just returned from Sports Aerobics World Cup. He found me on social media and messaged, ‘Hey, do you want to hang out?’. I agreed. We met an hour later at the quay. When he saw me, he spread his arms and wanted to hug. We walked for four hours and it felt like one. We started dated soon after that. The following day he asked if I wanted to date him but I gave him a positive answer only a week later. What was special about Danila? His persistence. He didn’t give up until he got me. He still says that it was love at first sight. 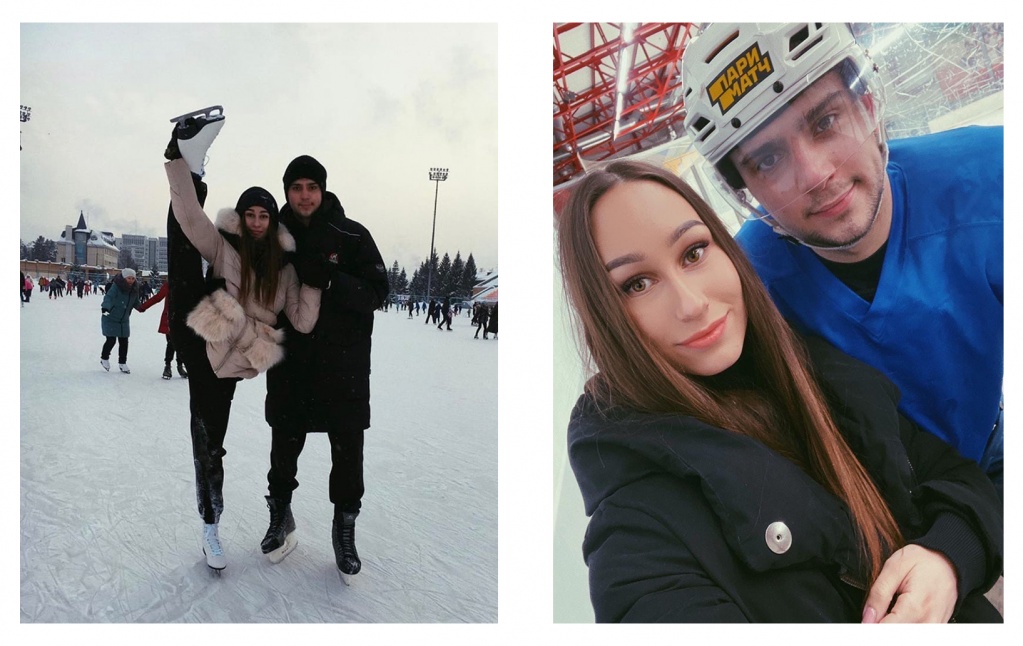 I hadn’t thought that hockey would be in my life and that I would have a hockey player for a boyfriend. I hadn’t even dreamed of that. How often do I talk with Danila about hockey? Pretty often. I mean, how could we not? I work in hockey and so does he. On weekends I go to the rink to cheer for Danila if I have the time or just watch him practice. So the sport is with me all the time. Although, we don’t get to see each other very often. This season there was a period of five months when I didn’t see him. Then he came to New Year’s for four days and then left again for two months. I was really missing him but I did my best to stay busy at school and work. Actually, I like missing him, it adds a certain zest to the relationship. Every time we meet it’s like the first time. Do I go to his games? When he played in his hometown – Kazan – I went to all of his games. But after the joined another team, it’s become more difficult. This season I went only to two away games – in Moscow and St. Petersburg. I watched other games online. Sometimes I would even wake up at 6am to watch his games.

Every hockey player has his own mindset. Some people need to be waken up, some people know how to use aggression, some people prefer to stay alone with their thoughts and find inner peace. Before the games I tell Danila what he wants to hear. That gives him energy and the right mindset. Of course, I wish him luck. After a win nothing needs to be said besides congratulations and elations. After a loss you have to pick the right words and they’re unique for every person. Some need to hear that there no ups without downs and some just need to hear that it was nothing but destiny.

When he hits a slump, it’s hard on both of us. It’s great that Danila as a person is an optimist. He always knows that the future is bright. 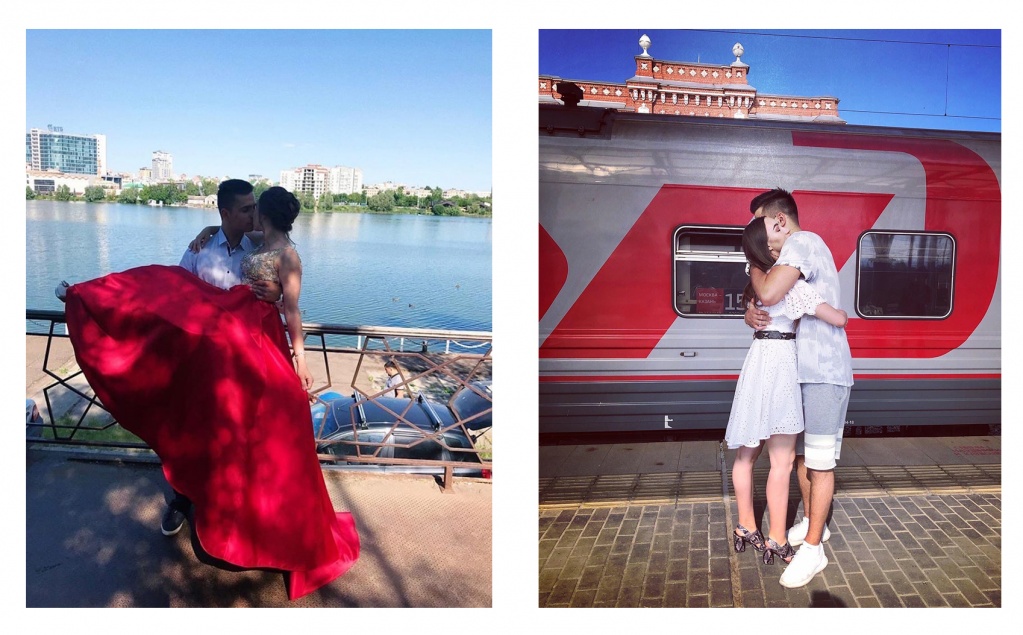 Hockey or not, rest is right on schedule

In our spare time we enjoy walking around the town and talk relentlessly. We can also go to the movies and watch a horror flick. Favorite place of vacation? Wherever we are together. Actually, it’s difficult to find the time for joint vacation. When Danil’s season comes to an end, I still have classes and exams so I can’t leave. But I do my best to adjust to his schedule. Although, it’s not easy. How different is he during the season and on vacation? During the season he’s more focused and serious but just as the season ends, I don’t recognize him anymore. He becomes super relaxed and sometimes I can’t make him get out of bed.

Funny stories happen all the time with us. For instance, one day I decided to go visit him in St. Petersburg and I followed through with it. Since I bought the tickets an hour before the flight, I didn’t make it to registration on time. Danil didn’t know I decided to visit him. I didn’t give up. I bought a ticket for the following day and made it to St. Petersburg. I found out what hotel he was staying at and his room beforehand. I came to the hotel, he saw me and his eyes just goggled out. He couldn’t believe for some time that I was actually there.

I think that ‘partner-in-arms’ is unique for everyone but they all have to be very close. But most importantly she has to love hockey.

Gameplan from loved one

My beloved Danil! I want lick to be always on your side and that everything you ever wished for came true. I wish you not getting older but getting wiser, while staying young, brave and strong at heart. I wish you creative thoughts and actions, which will help you to make all your dreams come true. I believe that you’re going to have a great hockey career! I’m always by your side!