IRINA SYCHYOVA: “NEXT SEASON I WILL FOLLOW TAIFUN TO FAR EAST RIVALRY” 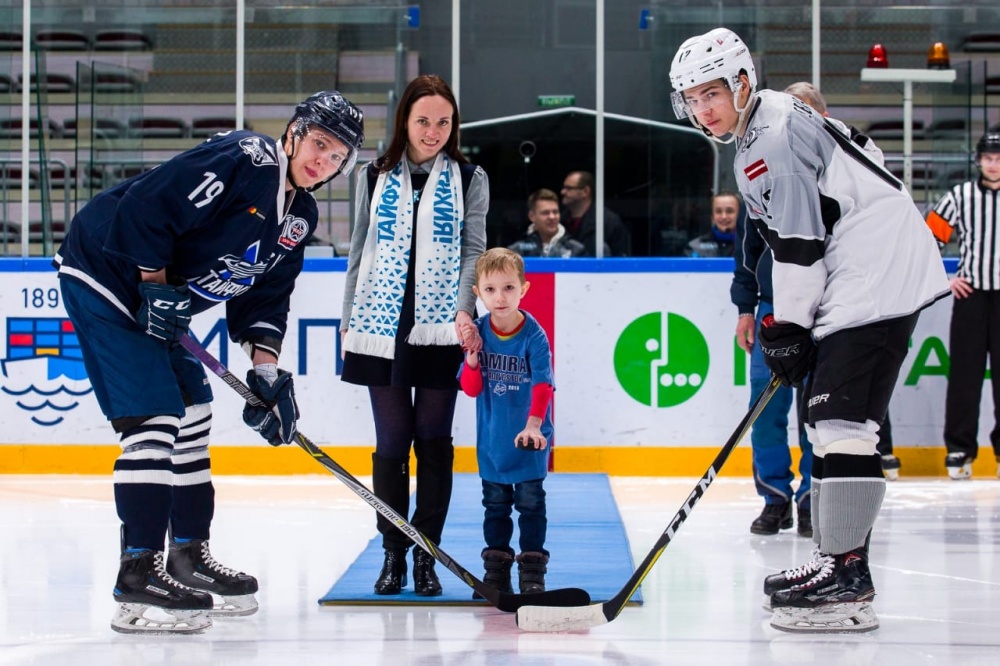 Junior Hockey League continues Story Of A Fan series. In today’s edition we’re going to sit down with Irina Sychyova – a Taifun Vladivostok fan. She opened up about how she came into hockey, made a promise for next season and also extended her wishes to her favorite team.

I originally came into hockey because of my brother. It was in 2016. Back then I was in Grade 11 in high school, getting ready for my exams and all my thoughts were only about that. My brother Lyosha decided to participate in the I Cheer For Taifun competition. To do that he had to film a video in support of the team. Alexei went on to win the competition. Interestingly, before participating in the competition my brother wasn’t a hockey fan but then he got into it. Lyosha was invited several times to Taifun practices and he often went to the dressing-room to talk to the players. Even today when he comes to Vladivostok we always go to the games and as per tradition meet the players in the dressing-room after. 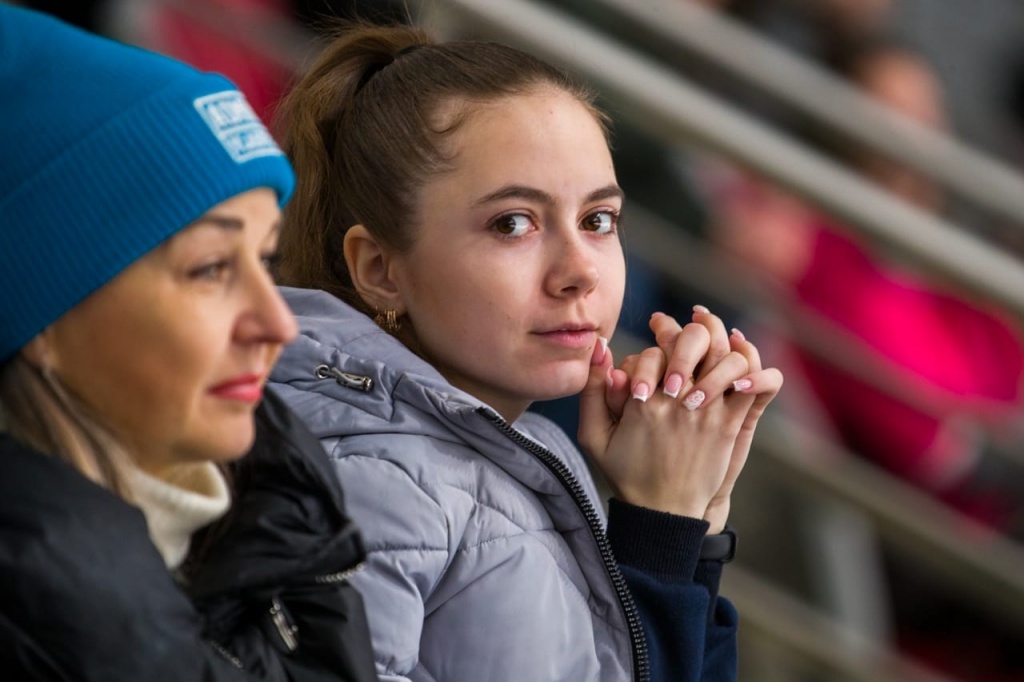 I went to my first Taifun game on November 12th, 2016. The boys played against Krasnaya Armiya Moscow. Unfortunately, Moscow won that game 4-2. After the loss my brother even cried. To be honest with you, I was also frustrated even though back then I didn’t understand much about what was happening on the ice. That day my girlfriends, who were also at the game, and I decided to put together a support group. In a short period of time we sew costumes and came up with a few moves. We believe November 17th, 2016 to be the day when we established Taifun support group. That’s when we first went together to the rink for a game against Krylia Sovetov Moscow. Our boys won that game 2-1. I really don’t know if the two events are connected (laughs).

Unfortunately, I didn’t go on a single road trip with the team. Next season I promise to make up for it and travel to our neighbors in Khabarovsk to a Far East Rivalry game. I’ve followed road games up until now via broadcasts on the club’s website.

We have our own fan sector. While it might be small, it’s very friendly. We hug each other before every home game. You can call it a tradition of sorts or even a ritual. There was another one but quite a bit ago. In the 2016-17 season our fan group made our own keychains with last names, jersey numbers and team name for the players and coaching staff. For Hockey Day, at the end of the season and sometimes after successful road trips we would bake cakes and sing songs. As for the meetings between fan group members, we used to have more of them in the first season. We would just meet for no special reason. Since then we meet less and this year we even met at a neutral territory. It’s something we need to fix! 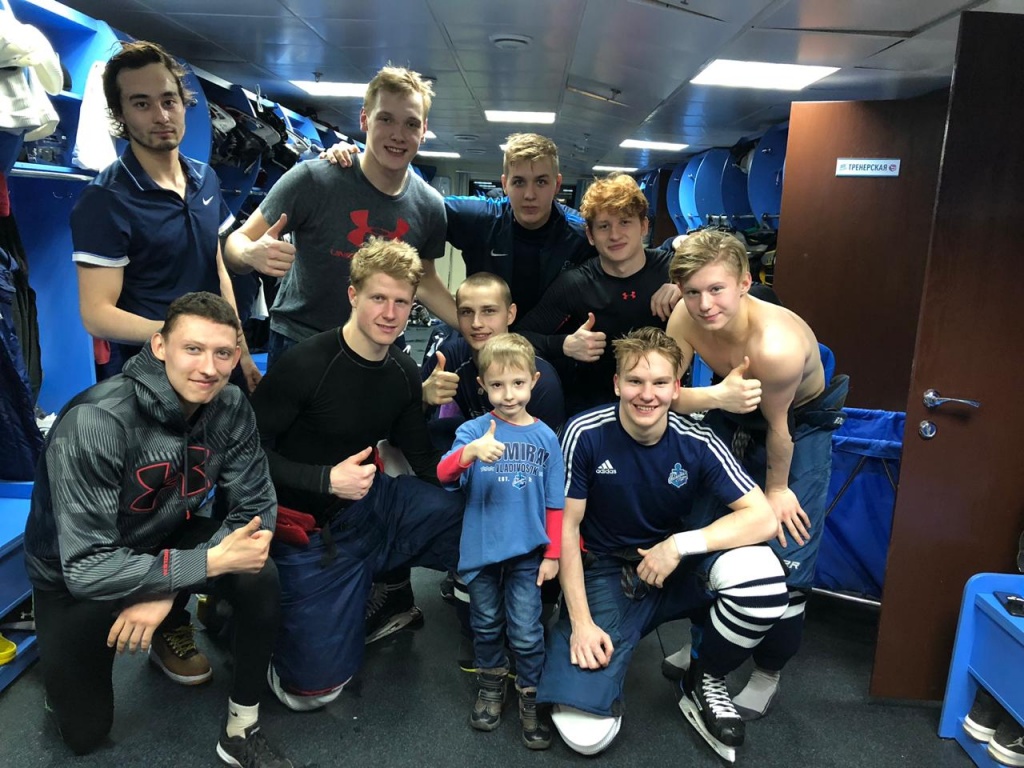 I think, the most memorable game for any fan just as for any player is the first game. It’s definitely something new for you. You get different emotions, which you won’t experience ever again. You don’t understand anything at your first game but it’s very exciting, there’s no other word for it. So I would point out the game I have already mentioned – Taifun versus Krasnaya Armiya.

Funny stories usually happen when I bring my brother to Taifun games. Alexei loves the team. They often give him presents – pucks, sticks or candy. He never misses a chance to say hello to the coaching staff and players. Incidentally, I’m often mistaken for his mom (laughs).

Three signs of a true fan

I don’t really like the word ‘fan’. I much prefer ‘supporter’. So I’m going to say why I consider myself a true supporter.

Boys, I wish you to never feel down after losses because there is no success without mistakes. Remember that your fan sector is always behind you! Know that winners are not judged, losers don’t die, there are two sides to every medal and the stands will roar for you. I’m ready to repeat these words time and again.