“I QUIT SWEETS AND PIZZA. IT HELPED ME TO SCORE FIVE GOALS”. TOP PLAYERS OF ROUND OF 16 WEIGH IN ON THE OPENING ROUND 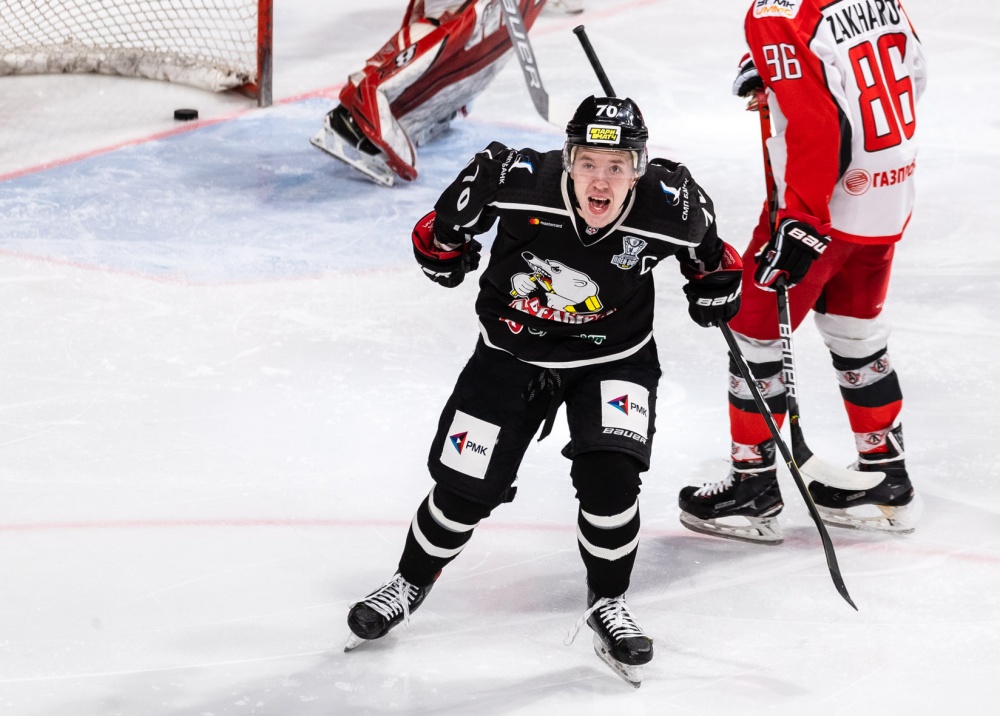 Kharlamov Cup
“I QUIT SWEETS AND PIZZA. IT HELPED ME TO SCORE FIVE GOALS”. TOP PLAYERS OF ROUND OF 16 WEIGH IN ON THE OPENING ROUND
Share

Top players of the opening round of the 2020 Parimatch Kharlamov Cup players spoke about their achievements and weighed in on the series. 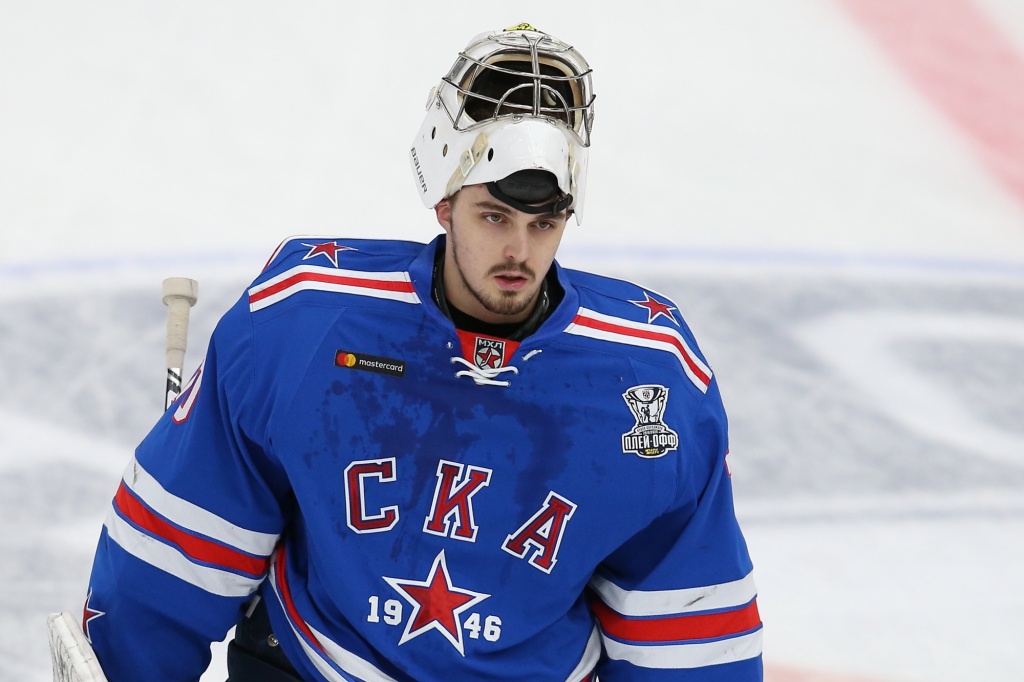 “The series against [JHC Spartak Moscow] was a roller-coaster,” said Nikolayev. “The first two games didn’t look anything like the other two. I believe, it wasn’t about the opposition but about the mindset with which we went into the series. I wouldn’t say that we had any easy games at the point. It’s just that we were a bit lucky. Two games went to the shootout. I didn’t even think how it would go and wasn’t readying myself for the shootout.

“Between the first two games of the series we had about 13-14 hours for recovery. Obviously, it’s not that much time for rest but it was only our first playoff game so we hadn’t accumulated fatigue yet. We prepared ourselves for hard work in the playoffs so we were able to pull through, although Game 2 turned out to be difficult for me.

“I managed to post a shutout in Game 3. SKA-1946 didn’t focus on playing defensive-minded hockey. It’s just that the team played as a group and that led us to the good outcome and a minimum of conceded goals. The most important thing for me was to get a win. Although, getting a shutout was also important because it would give my team confidence going into the next game.” 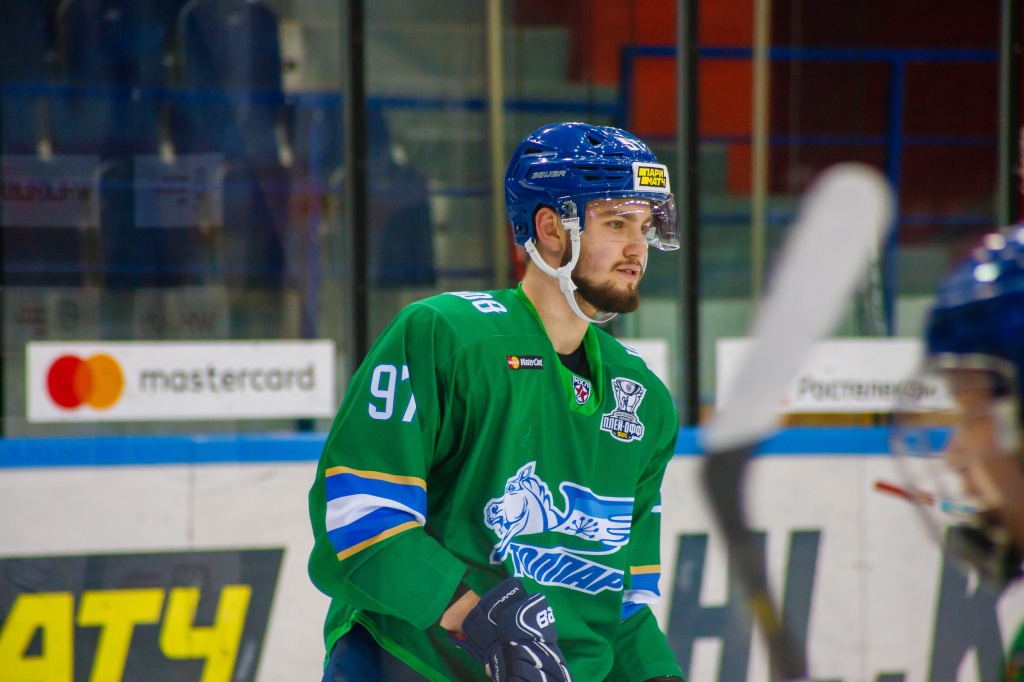 “It’s always great to be in the playoffs. I mean, it’s the emotions and passion!” said Yelizarov. “Everyone waited for the moment to come. Game 1 against Stalnye Lisy [Magnitogorsk] was abysmal. We lost 3-1. Although, a lot of our guys didn’t play in that game. Tolpar had just a few players with playoff experience. We seemed to be in control in Game 2 but allowed two goals and managed to win only in the shootout.”

- Several players with KHL and VHL experience participated in the series.
- Both teams got reinforcements for Game 3. A few guys from Metallurg [Magnitogorsk] joined Stalnye Lisy, while we also got a few experienced players and a few guys from U18 Team Russia, too. Truth be told, Stalnye Lisy’s roster was a lot different from the one they had in the regular season. They had almost entire two 5-man units consisted of players who were sent down from KHL and VHL teams. Those players had experience, they played a calmer game and scored most of their goals.

- After Game 3 you had no room for mistake. How difficult was it playing with the realization?
- After Game 3 I thought that it was going to be difficult moving forward, given the fact that we couldn’t afford another loss. While that situation didn’t exactly break our chains, it did make us play with more confidence and made us exclude silly mistakes. So in a way it even helped us – to use a tennis term – win two match-balls. There were a lot of fans at the deciding game, despite the situation in the world. It was great to play in such atmosphere.

- What was the key moment of the series?

- I think, actually, it was Game 3. We lost it but there was an ugly story late in the game. In the dying moments of the game a brawl broke out next to Stalnye Lisy’s bench and they began celebrating the win long before the buzzer. We talked about it in the dressing-room afterwards that such behavior always gets punished. It’s a lesson for all players that you should never celebrate until the final buzzer.

- You spoke with Dmitry Sheshin after the series.
- At the handshake line he said that I ‘buried’ them for the second straight year in the playoffs. Last year I did it with Omskie Yastreby and this year with Tolpar. We played together with him all through our childhood and then were called up to Team Russia, too. We still keep in touch and call each other often. 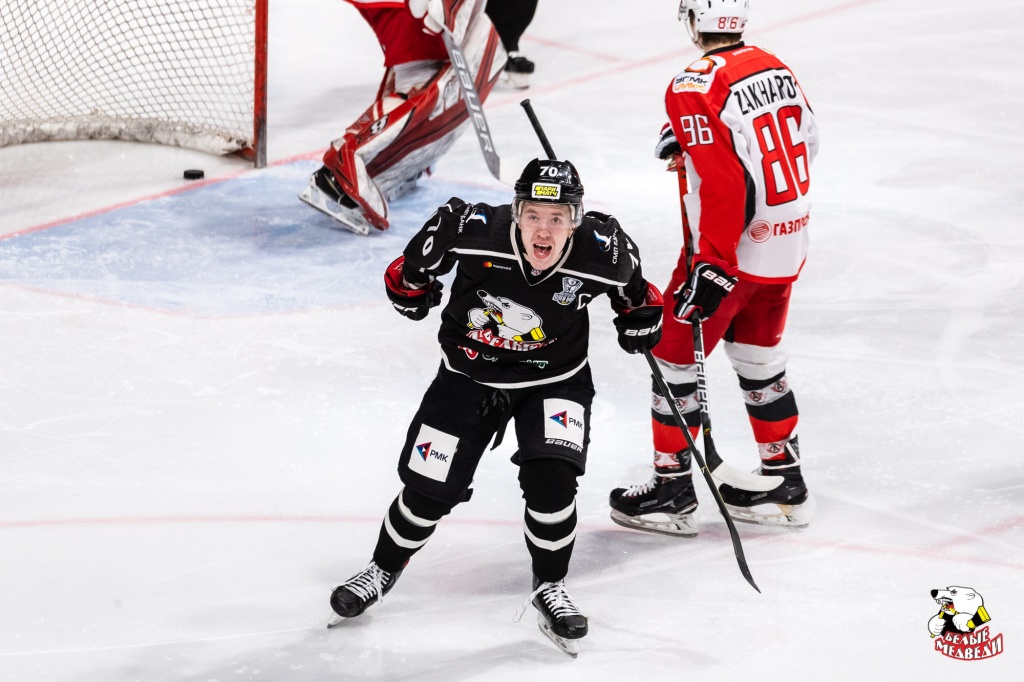 “The series against Avto [Yekaterinburg] turned out to be very intense. It was a true Ural rivalry!” said Aksyonov. “There were a lot of physical battles, brawls and blocked shots. Everyone wanted to show that they had the better side and that is why every game was so hard-fought. It’s my second Junior Hockey League playoffs, so, obviously, the experience I had gained last year showed itself.”

- You scored five goals in five games. What’s the reason behind such productivity?
- I treated playoff preparation seriously. A month before the start of Kharlamov Cup Playoffs I made sure I changed my diet. I excluded all the sweets, chocolate and pizza. It was one of the reasons I managed to score five goals in five games. Aside from that, I was taking a lot of shots and hoped that some of them would go in. Besides, obviously, my teammates were a huge part of the reason I scored so many goals.

- How difficult is it to play with no room for mistake?
- Last year Belye Medvedi were in the same situation when we couldn’t afford losing another game. We were down 2-0 in the series against Mamonty Yugry but were able to tie it up. Neither then, nor now was it scary. Everyone understood that we could win if we would follow coach’s demands to the letter.

- When did you realize that Belye Medvedi made the quarterfinals?
- Probably, only after the last goal in Game 5 when I scored on the empty net. Until then it was just a 1-goal game and it could have taken a very different turn. Only after the fourth goal did I realize that we would proceed onto the next round. Goal celebration? It was spontaneous – pure emotions! First thing that popped into my mind was to turn my stick into an oar!

- What was going on in the dressing-room after Game 5?
- After the final buzzer it was very emotional and everyone was celebrating because it had been a while since our team made it past the opening round. We said a lot of kind words to each other in the dressing-room. We agreed that if we would keep going like that we would have a chance to go deep into the playoffs.