Players and coaches weighed in on the series. 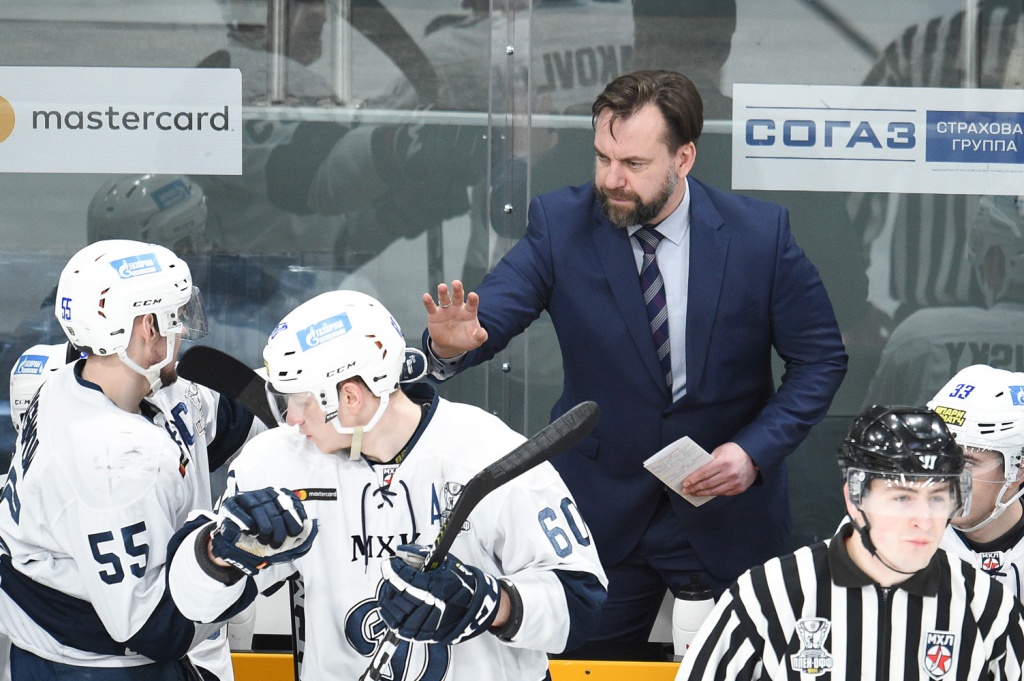 “The game, as the entire series, was very tough for us,” said Bashkatov. “We had four of our goals disallowed in the series. And the deciding game was no exception. We had yet another one of goals waved off, although it was very controversial. I wanted to thank my team. The boys didn’t give up in tough situations. There was never a moment in the series when when they would sink into despair. The boys played with their hearts on their sleeves for two consecutive games, came back from behind and won it in overtime. It was the first time in my practice that the boys would win two consecutive games like that because they gave it all! Almaz [Cherepovets] proved to be a tough and worthy opponent. You can’t win such games without luck being on your side and this time that was exactly the case for us. I’m glad that the team proceeded to the next round. It’s very important for the development of these players. We have a St. Petersburg rivalry ahead of us. We’re going to prepare for it. We have time.”

“I want to thank the fans for their great support. It’s frustrating that we couldn’t live up to their expectations in the playoffs,” said Stavrovsky. “Two games in Cherepovets went to overtime. We were just short of winning both of them, even though we had the lead in those games. It’s just that [JHC Dynamo St. Petersburg] is very mighty opponent, especially physically. They outplayed and outskated us. We lacked a bit of strength in the series. For several of our players it was their first playoff experience. Half of our team got promoted in the off-season from junior hockey school team so they were nervous. But it’s a great experience for them. Playoffs show what everyone is truly made of.

“The series featured two neighbors in regular season standings and it proved to be really intense!” said Anisimov. “We were up and we were down and we would tie it up! We began the series by a 3-goal loss. After the game the coaching staff said that we did well but we lost the battle for the slot and didn’t capitalize on our scoring chances, which led to the outcome. We made a strong case for win in the opening period of Game 2 and then just kept imposing our brand of hockey on the opposition and continued to battle hard – that was the most important thing. Dynamo have rivalry games against SKA-1946 [St. Petersburg] now. It’s important to continue playing our brand of hockey.”

“Both team had their fair share of scoring chances in overtimes but Dynamo managed to capitalize on them, while we didn’t,” said Nevolin. “Every game was intense. Nobody wanted to make a mistake. That’s the reason for so many controversial goals and coach’s challenges, which affected the rhythm of the games. The series featured two equal teams. I think it was a 50-50 series and it proved to be quite emotional! I believe, it’s going to take us a while to recover from the loss. Nevertheless, Dynamo is a skilled and strong opponent. There is no shame in losing to such worthy foe.

“We lost the deciding game with just 11 seconds on the clock. Although, last season it was the exact opposite. We salvaged the series with just a few second till the final buzzer in Game 3 against Krasnaya Armiya [Moscow]. Then won the game and turned the whole series around. It happens. This time around we were a little unlucky but it’s the better team that gets lucky. After the game we sat in the dressing-room and just stared at the floor. It was really tough. Some tried to cheer up others, especially our goaltender because he did well in the game. We worked for the playoffs all through the season. It’s difficult to describe what was going on in those minutes shortly after elimination.”