NOT A WORD ABOUT HOCKEY. ARSENY GRITSYUK Omskie Yastreby
News
NOT A WORD ABOUT HOCKEY. DANIL ZINOVYEV
ANDREI FEDOTOV: “HOPEFULLY, I CAN WIN ANOTHER JHL MEDAL AS A COACH”
MASTERPIECES BY ABROSIMOV AND DEMIDOV, DYNAMO DOMINATION IN THE WEST. JHL WEEK ROUND-UP
ALEXANDER GUSKOV: “THERE’S PLENTY OF TALENT IN JHL. ALL THEY NEED IS A CHANCE”
“I PLAY AT THE RINK I USED TO COME TO AS A KID”. QUOTES BY TOP PLAYERS OF THE WEEK
DYNAMO DOMINATE SEVEN DAYS, TUMANOV STEPS INTO THE SPOTLIGHT. JHL WEEK ROUND-UP
BELYE MEDVEDI GET ON A ROLL, MAMONTY YUGRY WIN EIGHT STRAIGHT. OCTOBER 10TH ROUND-UP
NOT A WORD ABOUT HOCKEY. ILYA PARANIN 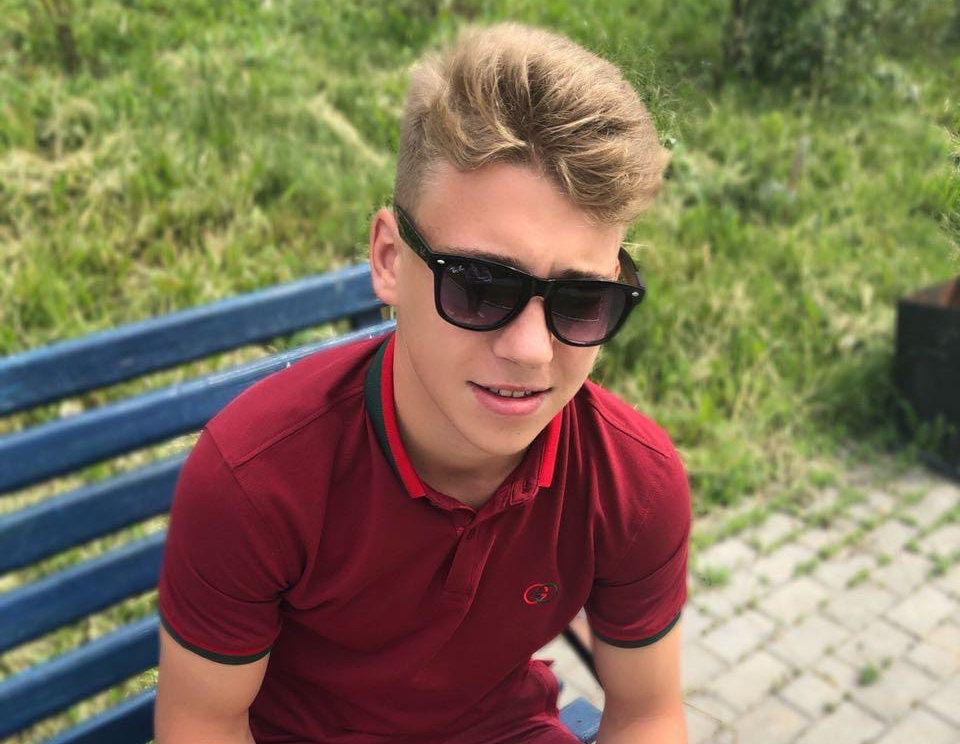 In today’s edition of our continuing Not A Word About Hockey series we’re going to sit down with Omskie Yastreby forward, U18 IIHF World Championship silver medalist, and Hlinka/Gretzky Cup bronze medalist Arseny Gritsyuk.

Spare time
- Our team doctor decides on my diet because I live at the Avangard Academy and eat mostly at the canteen. I haven’t tried all that many cuisines in my life but I like what they feed us at the academy. Recently they swapped chicken leg for chicken cutlet for pre-game meals. Now I play with twice as much energy! Actually, I like fensi and sushi.
- My parents have a dog. It was a gift to my sister but she lives with us. It’s Pomeranian schpitz. Her name is Shantik.
- I prefer passive rest – lie down, relax and just rest mentally and physically. I read often. I focus on Stephen King now. I recently finished The Minds Of Billy Milligan and started The Outsider.
- I would like to visit the Dominican Republic, because it’s very beautiful, warm and quiet. I want to visit the Maldives and Bali for the same reason. White sand beaches where you can lie down and rest – that’s what suits me.
- My friends and I love to go out and get something to eat. Sometimes we go to the movies and play videogames. Sometimes it’s very important to get away from hockey for a bit.
- I love new waves in music. For example, Morgenstern. The latest track I have added to my playlist was one of theirs – Ona-Ono. It’s fun and high-tempo – just as I like it. 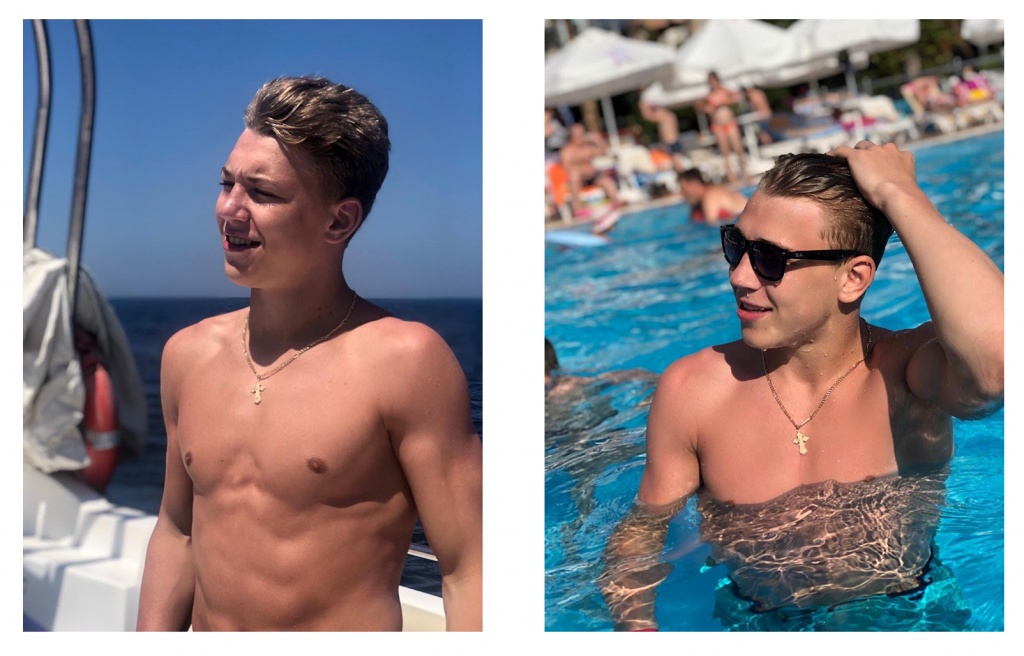 Character traits
- I guess, I’m a Siberia man. I don’t like losing. My biggest assets are that I’m kind, caring and fun. As for shortcoming, I easily lose my temper.
- There has never been a time when I didn’t feel like getting up to go for the game. It’s my favorite sport and I don’t need any extra motivation. On gamedays I’m always excited. I eagerly await for the puck to drop because I get happy when I hit the ice.
- As strange as it may seem, when I meet a new person I don’t even look at them but at what they wear. It can tell you a lot about a person and how he treats himself.
- I’m superstitious, even though sometimes I get hard on myself for being too superstitious. But I think all hockey players are like that more or less.
- I wouldn’t call myself a gambler but I am a little bit like that, though. The most important thing is to know when to stop.

Style
- Kirill Kazakov is the most stylish man on our team. He always dresses well and has a great taste.
- I often pay attention to clothing brands but after all it’s more important how a certain things looks on a person.
- In my wardrobe I have about an equal number of grey, white and red clothes. Those three colors are predominant. But in everyday life I prefer athletic wear.
- I have two favorite perfumes and both were gifts. One is Dior and the other is Givenchy.
- I don’t grow beard yet because it doesn’t grow.

Relationship
- I’m in favor of the traditional relationship but it doesn’t mean that a woman can’t work and a man doesn’t have to help out around the house. However, a man has to be, first of all, the provider.
- I don’t think I would sign up my son for hockey. He would be better of getting an education. Same goes for the daughter. 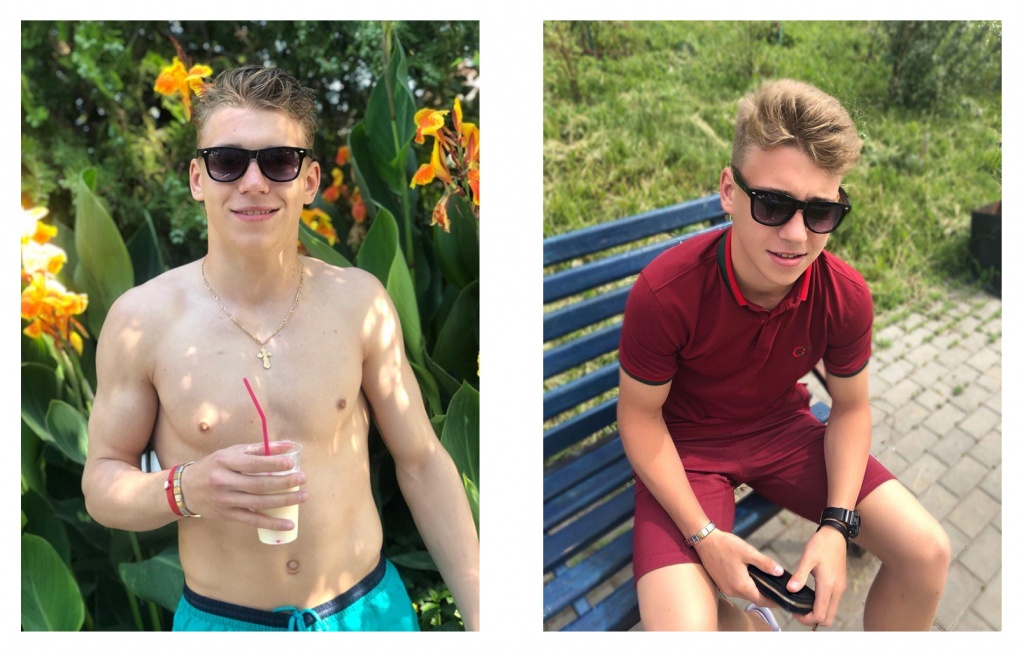 Career and education
- If it weren’t for hockey, I would be an engineer or a lawyer. I’m interested in both of these professions. I would rather even opt for engineering because technology is constantly moving forward and there are always exciting and purposeful jobs at the market.
- I study at Siberian State Academy of Olympic Reserve. Sometimes I have the time to go to classes but with our practice schedule I take most of my classes online. I know all of my classmates, of course.
- Good education is important for any man but it’s more important to apply it the right way.

Not a lot of people know that I’m from Zheleznogorsk. It’s a town close to Krasnoyarsk. It’s off-limits and pretty small. They cheer and root for me over there and often wish me luck through my parents. When there was a voting for the best player on Omskie Yastreby last season, they even published it in the local paper, the whole town supported me and I won the Kiselyov Award!