NOT A WORD ABOUT HOCKEY. SEMYON ASTASHEVSKY 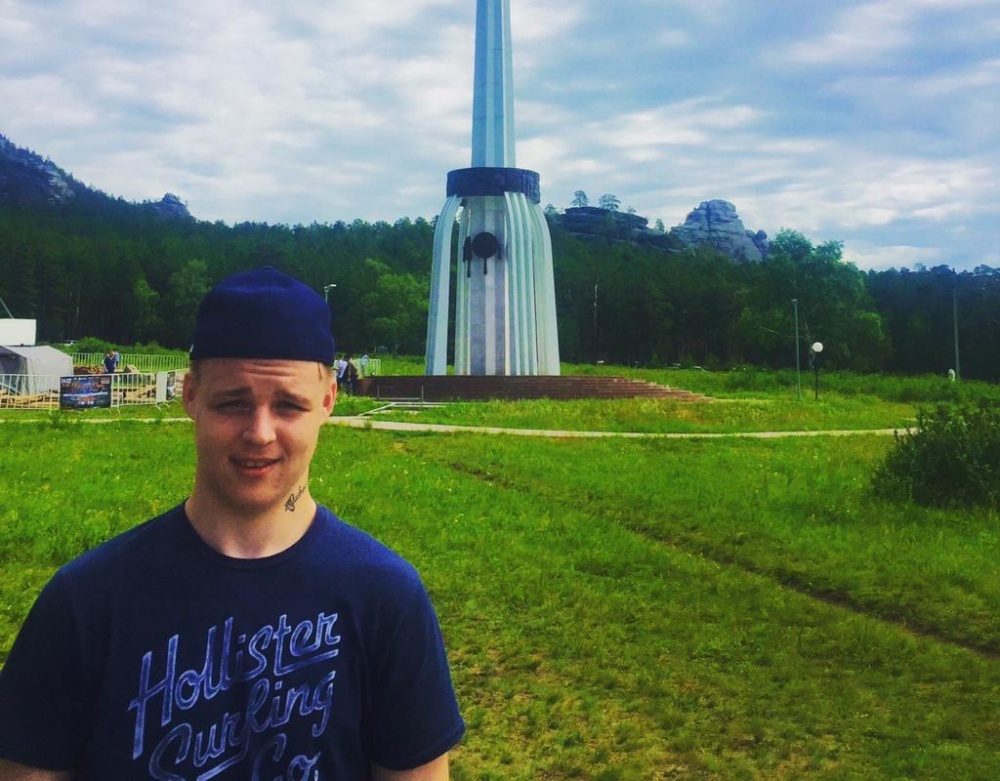 First hero of 2020 of our continuing Not A Word About Hockey series is one of the top Omskie Yastreby forwards and a member of Team East at JHL Challenge Cup Semyon Astashevsky.

Spare time
- Our team doctor decides on what I have for breakfast but I do love Armenian cuisine. I really love dolma. I also like Georgian cuisine – khachapuri is really tasty!
- I have a cat. His name is Vasya. He’s British or Scottish. He’s really fat! He can take care of himself. I live on ground floor. He lets himself out through the window and then comes back.
- I like to sleep in during the season. For instance, if we worked for a week and then we get a day off, I try to sleep as long as I can and then do nothing. Maybe I can go to the movies or spend the time with friends and my girlfriend.
- I would like to visit the USA. Actually, I’ve been to a lot of countries. I liked it in Sweden. I’d love to go back there one day. I would probably like to go to China and get to know their culture. Perhaps, I would even study their language a bit. I like the way it sounds.
- When I meet with my friends, we usually go for walks and sit down at cafes. Sometimes we go to the movies. We don’t have a fixed place.
- My favorite TV-series are Kitchen and Eleon Hotel. I watched all episodes. As for the movies, I like Unforgiven. I don’t have a favorite actor.

Character traits
- I’m funny, talkative and friendly. Those are my upsides and I don’t have shortcomings!
- A real man must by fun, faithful and loyal to his choice. He also has to cook and deal with everyday situations.
- I think that I didn’t inherit any vivid traits from my parents. We’re really different. Although, they taught me the most important things – to be honest, timid and to never boast.
- To be honest with you, I almost never meet new people so I can’t say what’s the most important thing in this situation. In any case, I try not to jump to conclusions. Everything comes with time.
- I’m not superstitious but I love to risk. I mean, you can’t be a hockey player without it. Sometimes my girlfriend and I play cards online. I want to beat her every time. We can really get into it!

Style
- Frankly, I don’t pay much attention to style so I don’t have role models when it comes to men’s attire. I don’t pay attention to clothing brands but I do care about the color. Most of my clothes are white.
- The way I dress depends on the occasion. I can wear track suits as well as classics.
- I have a favorite perfume but I don’t even know what it’s called. Although, I can tell by fragrance!
- I can only grow a goatie so I don’t have much of a choice. I don’t grow it yet. 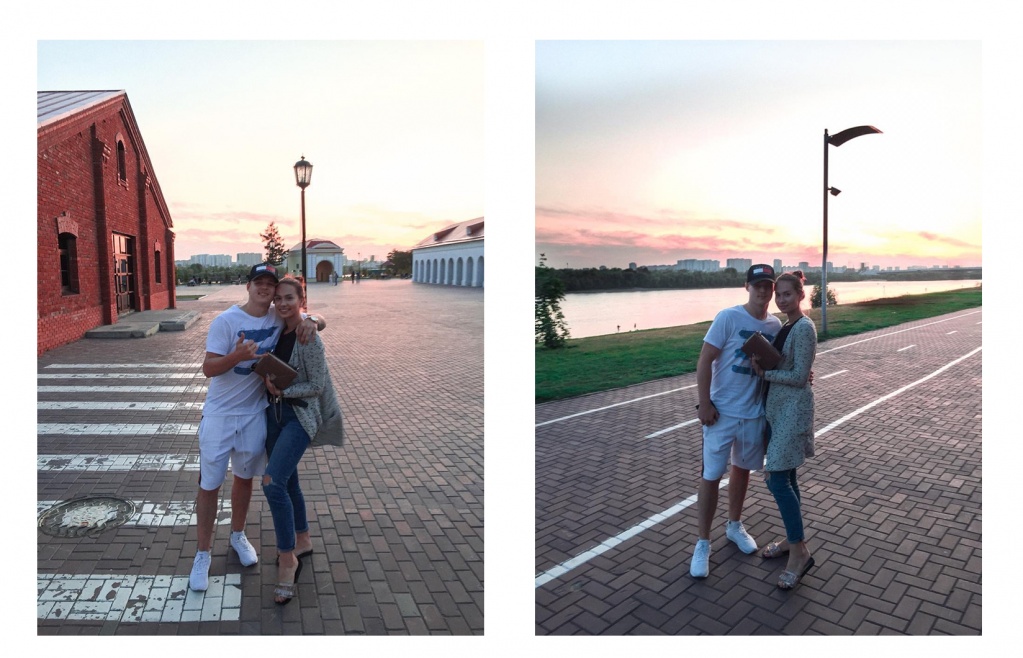 Realtionship
- My girlfriend didn’t pay much attention to hockey until she met me and now she’s used o it. She follows the games now. She’s a make-up artist.
- I met her back when we were in school. I was on home ed and would come to school once every six months to do the tests. I audited classes and they would take my phone away so I wouldn’t cheat. I saw her, asked for her phone and that’s how we got to know each other. Then I found her on social media and a few days later messaged her ‘Thanks for the phone’. That’s how we started talking and on January 31st it’s going to be three years that we’re together.
- I like to have a person who helps me and supports me by my side. Although, if I play badly I try not to call anybody or even text – even to Veronika. But I still feel her support.
- I have never had super awkward situations with my girlfriend. Perhaps, just once when I ate too many candies at her place. I ate almost everything – there was a pile of wrappings! I don’t know what happened there.

Career and education
- I’ve been in hockey since I was three years old. I have never thought of becoming anybody else. I just can’t imagine what would I do if it weren’t for hockey.
- I study at Olympic Reserve School but I don’t have the time to go to classes. We have a chat and I saw pictures of all of my classmates. That’s all I know about them. But I still believe that higher education is important. One day after I retire I’m going to have to do something else. 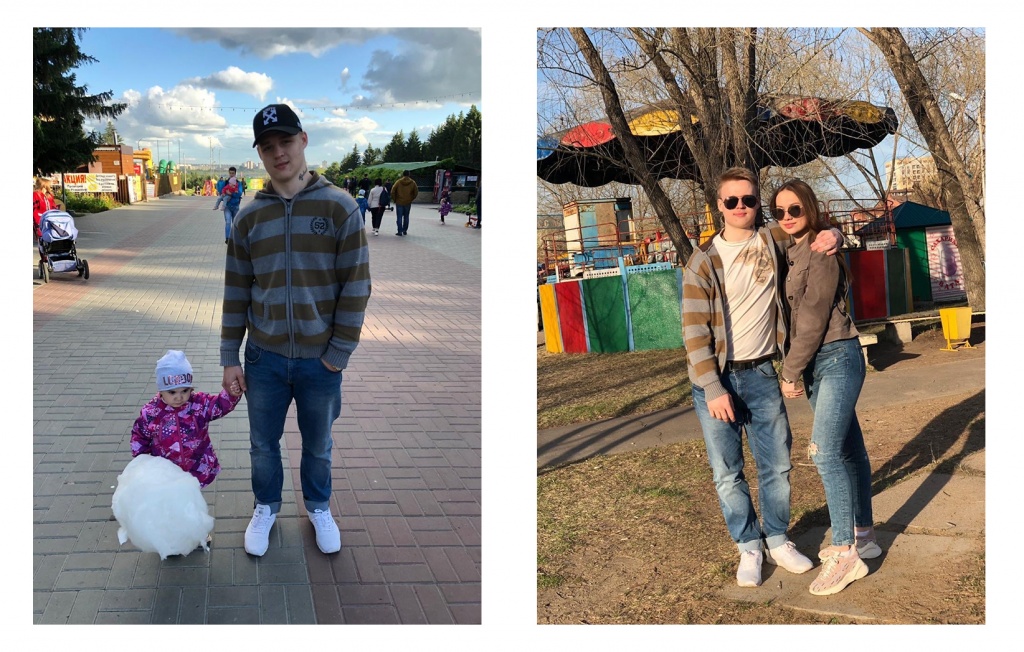 Interesting story
When I was 14 or 15 years old we had a camp. It was the last day. We had to get a good night’s sleep and go home after lunch without a practice. The night before one guy and I decided to hang out with the girls. We came back around 1 in the morning and the coached had noticed that we had gone out. At seven in the morning he woke us up yelling, ‘Stretching!’. He made the two of us sit and look as the whole team went cross-country running for 8km. Perhaps, that was the most awkward moment in my life.