SERGEI LINNIK: “THANKS TO MY SON AND HOCKEY, I TRAVELLED ALL THROUGH SIBERIA AND RUSSIA’S FAR EAST” 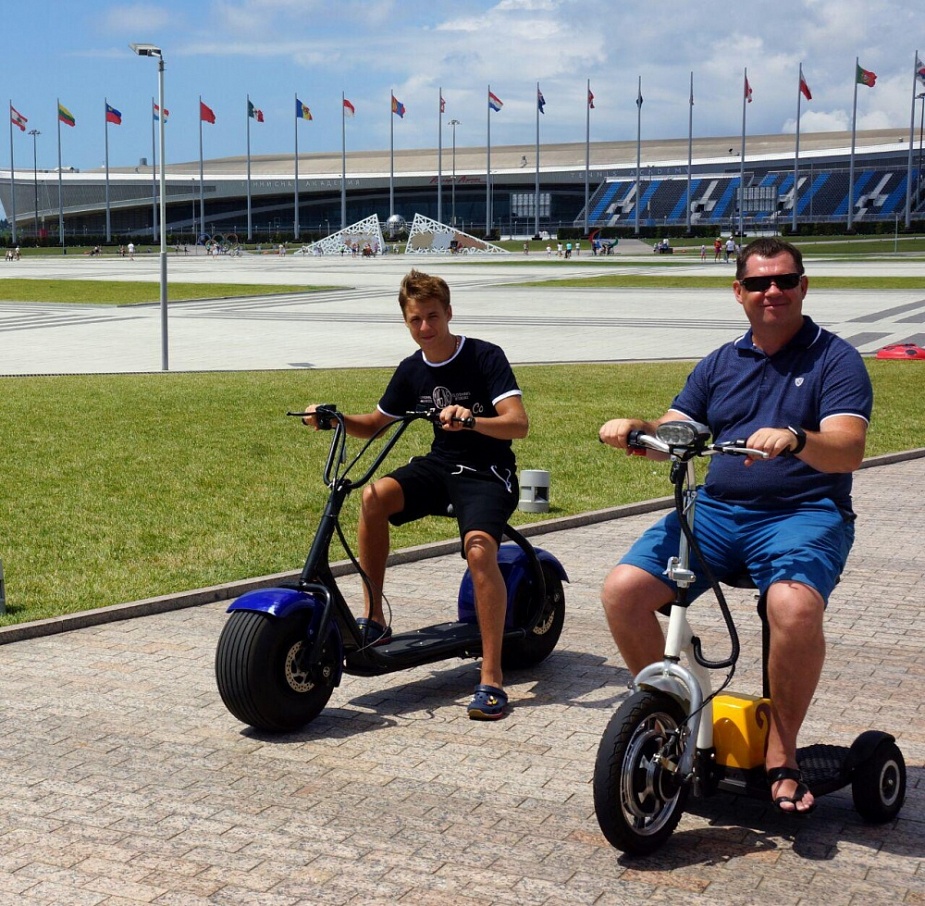 SERGEI LINNIK: “THANKS TO MY SON AND HOCKEY, I TRAVELLED ALL THROUGH SIBERIA AND RUSSIA’S FAR EAST”
Share

Junior Hockey League continues the Family Portrait series. Today we’re going to sit down with Sergei Linnik – father, mentor and best friend of Amurskie Tigry’s top-scorer Nikita Linnik. Sergei shared how his son made his first steps in hockey, support during the season and most memorable tournament.

Connection to hockey
- I have always loved hockey. When I was a kid, my dad would take me to the games. At first I didn’t think about signing up Nikita for hockey school. I wanted to sign him up for swimming but they enrolled only 6-year-olds, while I was aiming for something for my 5-year-old son. That’s how it happened – I came to pick up Nikita from the kindergarten and his teacher said that hockey coach Viktor Vladimirovich Bratukhin had come earlier to scout the kids. I called him a bit later and we agreed on the first practice. After my son started playing hockey, my love for the sport only increased. Now I follow him everywhere – practices, games, tournaments. Thanks to my son and hockey I travelled all through Siberia and Russia’s Far East. 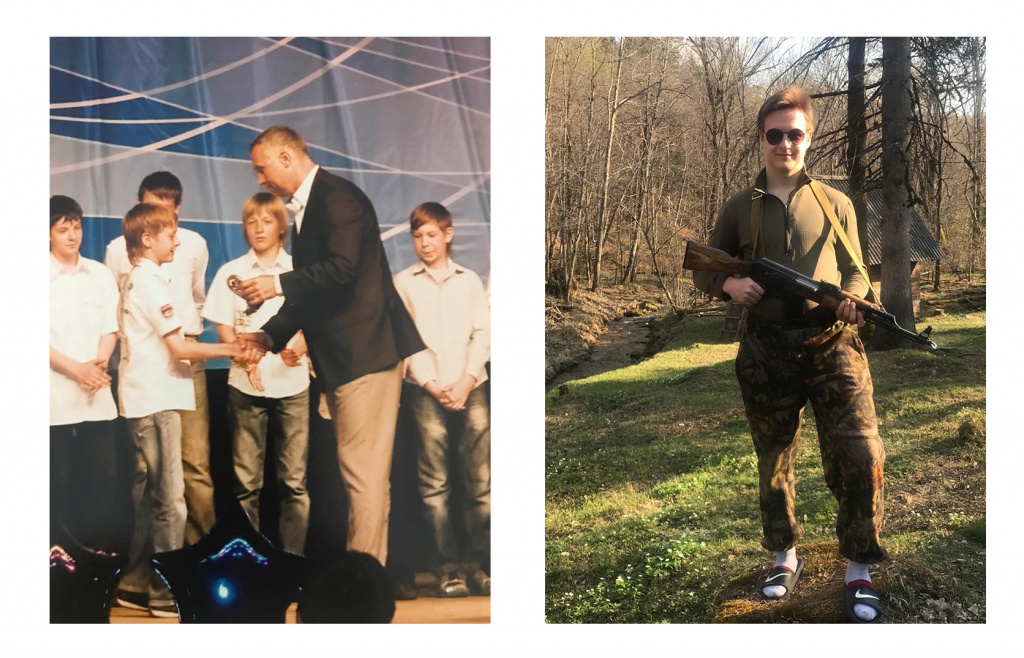 How it began
- It seems that I made the decision to sign up my son for hockey. I took him to the school and the coach said, ‘Good boy!’. So we decided to stay there (smiles). How did our close relatives react to that? There’s just my dad. He’s 79 years old and he still loves to go to all his grandson’s games. It doesn’t matter to him if it’s an early or late game. He’s always in the stands.

First hockey experience
- We signed Nikita up for hockey when he was 5 years old. His first on-ice practice coincided with my ice fishing trip, which took me 800km away from the city. I knew that I had to take my son to the rink so I got up really early to make it to his practice. At first Nikita was skating with a training chair. His coach and older teammates were right next to him to help out. How did he do in the dressing-room at first? It was difficult for us. We would leave the house in full equipment – at the rink he would just put the skates on. I would help him out with the skates. Why did he become a forward? Here’s how it happened. He started out as a goaltender. One time we went to shoot the puck at an outdoor rink next to our place. I took a shot and hit him right in the eye – he got a haematoma. I told him then, ‘You can’t be a goalie if can’t catch the puck’. We still often look back at that episode. Anyway, my son was a small and dexterous kid. He had good stickhandling and that’s why he became a forward. 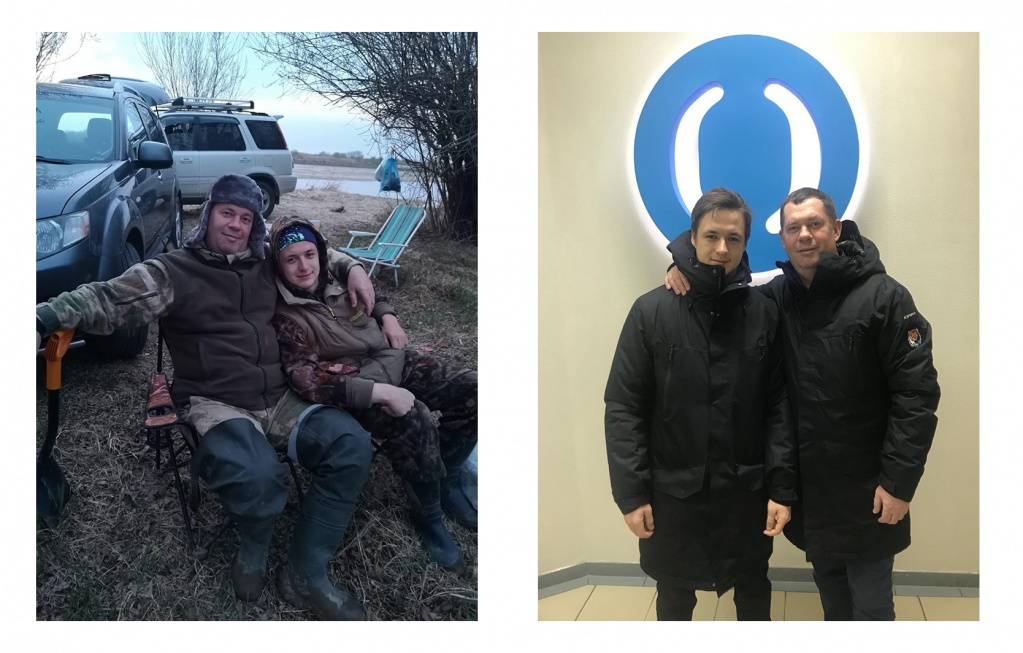 Tournaments
- First and most memorable tournament was two years after my son had signed up for hockey. It was held in Irkutsk. Our team finished first and Nikita was named the top forward. My son went on to get such trophies often at other tournaments.

Support
- When my son is on the road, we call each other every day. Usually we talk about the games and discuss what went wrong. Or, on the contrary, what went well. I watch all of his games. If it’s an away game at night, I don’t go to bed and watch it online. I follow not just my son but the whole team. After all, hockey is a team sport. I do my best to come to home games regularly but sometimes I can miss a few because I went hunting. Although, we do have a satellite TV there and our whole group watches the games via it.
How do I support my son during slums? To be honest with you, sometimes I can scold him. But I do support him sometimes. I tell him that there’s nothing to worry about and everything will be alright. I mean, there are no ups with no downs. The most important thing is to keep trying and work hard for yourself and the team. Sometimes I praise him. Granddad always buys Nikita pizza if he wins. It’s a good motivation (laughs).

Moving
- I’m ok with the fact that my son has to spend a lot of time away from home. There was never any trouble in letting him go to the camps and away games. Now after all these years I’m more than ok with it.

Home message
- Sonny, I want you to have as few injuries as possible. It would be best if you didn’t have any at all. Always treat your opponents with respect and no negative. Achieve the highest goals in your favorite thing.