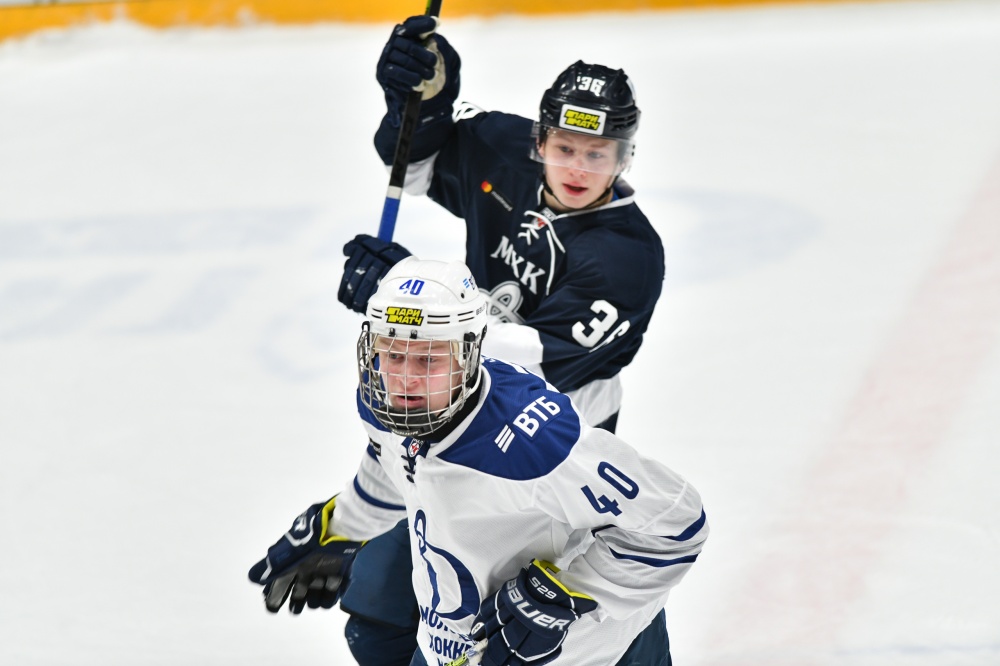 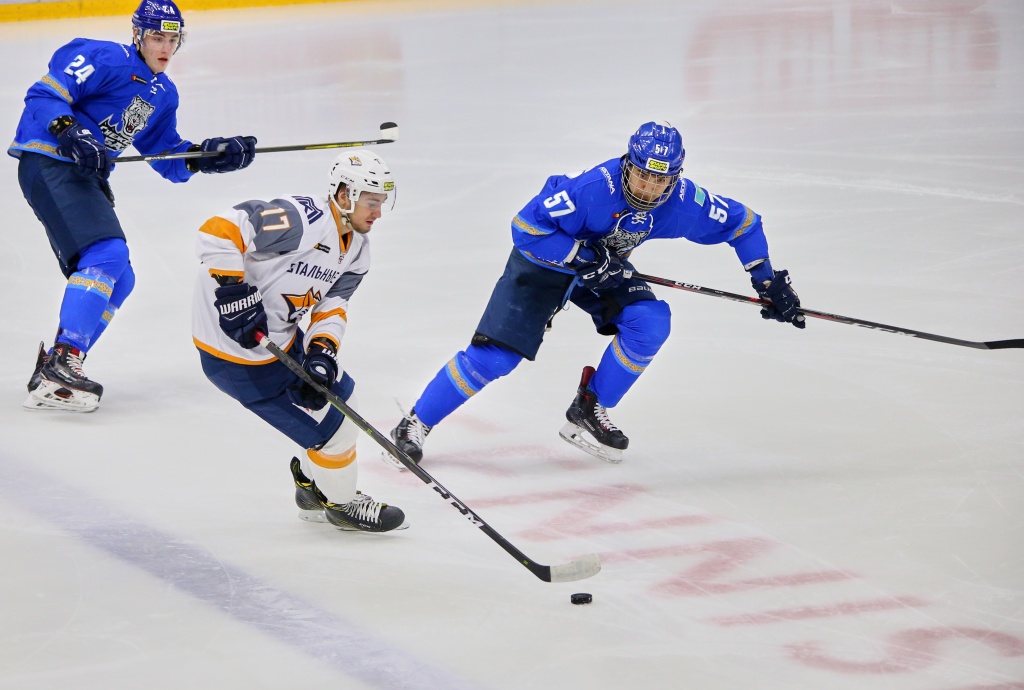 The teams opted for cautious hockey in the opening period of play in Nur-Sultan, Kazakhstan. There were very few scoring chances at either end of the ice. The only goal was scored late in the frame. Dmitry Sheshin put the visitors in the lead.

However, Nikita Boiko sniped one home to tie it up right after the intermission. Snezhnye Barsy looked more aggressive in the second frame. They had the puck more often and took more shots on Gleb Moiseyev. All in all, the game became rather physical but the teams struggled in the scoring department

Stlanye Lisy began the third stanza on a power play and it helped them to get back in the lead. Dmitry Sheshin scored his second of the game. Soon after that Snezhnye Barsy found themselves shorthanded once again and Ruslan Gospodynko sent another one past Maxim Pavlenko. Snezhnye Barsy were looking for ways to tie things up but Magnitogorsk protected their lead well and enjoyed a solid 3-1 win on the road.

Russkie Vityazi get even with Krylia Sovetov 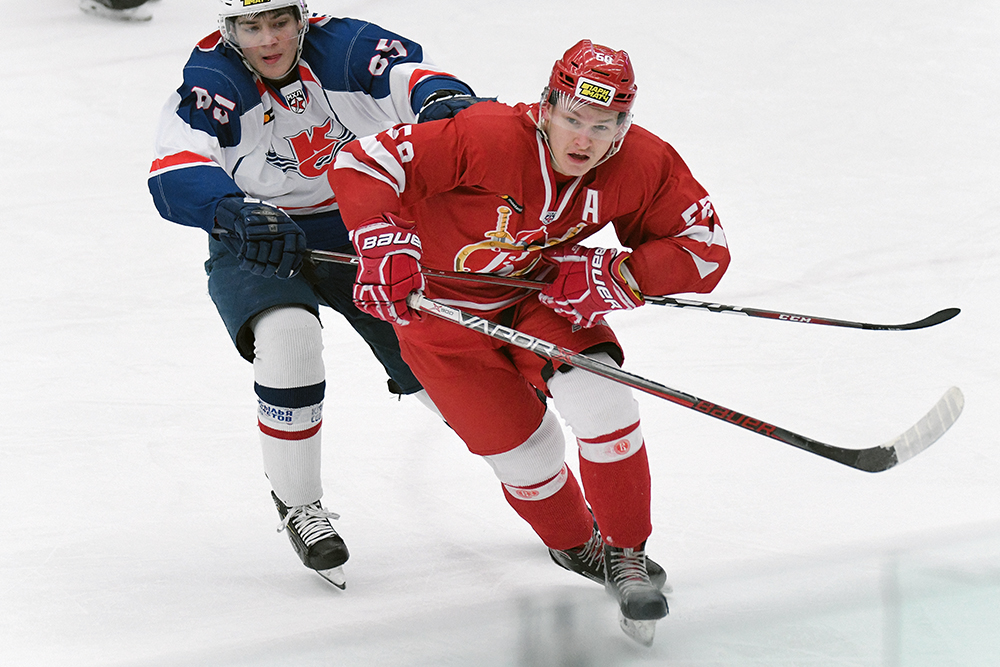 The visitors had the momentum on their side in the opening period of play in Chekhov, Moscow Region. Krylia Sovetov Moscow were faster and more aggressive, making Russkie Vityazi defense work hard along with goaltender Daniil Chechelev. However, despite all effort home team managed to keep the opposition at bay and the teams were tied 0-0 after 20 minutes of play.

Russkie Vityazi evened out the game after the intermission and began having the puck more often. Nevertheless, there were no goals scored in the second period either. Both teams had their chances, including several power play opportunities, but the fans still weren’t treated to any goals.

Home team did get on the board right after the intermission as Nikolai Smirnov found the back of the net. Krylia Sovetov found the equalizer four minutes later as Damir Bilyalov sent it home. The teams continued to play seesaw brand of hockey but they couldn’t decide the game in regulation. Russkie Vityazi won it in overtime. Grigory Khrapsky scored the game-winning goal just 50 seconds into the extra period of play. 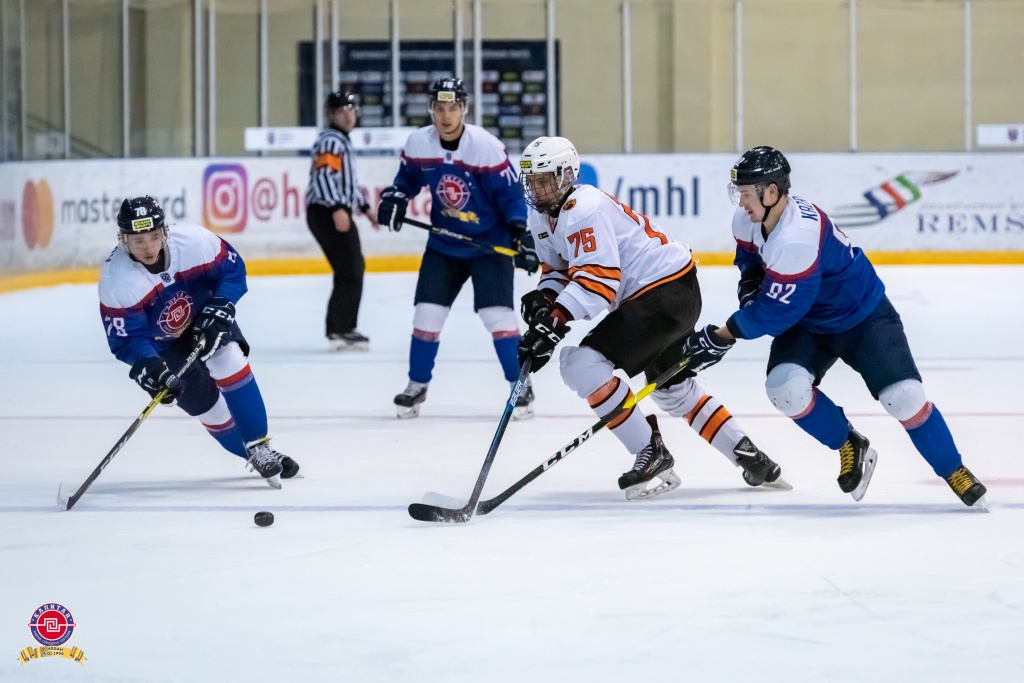 The visitors were more aggressive in the early minutes of the last game of the day, which was held in Stupino, Moscow Region. Amurskie Tigry Khabarovsk wanted to induce their will on the opposition throughout the game. However, despite taking more than twice as many shots as Kapitan, the ‘Tigers’ failed to get anything past Leonid Sklyar. There were no goals scored in the opening period play.

Amurskie Tigry got two consecutive penalties right after the intermission, which greatly helped Kapitan to get on the board – Grigory Pankratov scored on a power play. Stupino managed to grab the momentum and put together several good offensive rushes. Midway through the period they scored four goals in a span of three minutes. Kirill Melnichenko, Daniil Tyutchev and Vadim Sivchuk got a tally each past Yuri Cherkashin. Amurskie Tigry swapped their goaltenders after that and got a goal back just thirty seconds later as Nikita Starshinov found the back of the net.

The visitors rushed down the ice looking to tie the game up right after the intermission. A few minutes later Ilya Rashidullin pulled the ‘Tigers’ back to within two. Khabarovsk picked up the pace but Stupino held their ground. They grinded it out and scored another goal late in regulation – Alexander Kulagin got the marker. Kapitan beat Amurskie Tigry once again as they take it 5-2 on home ice. 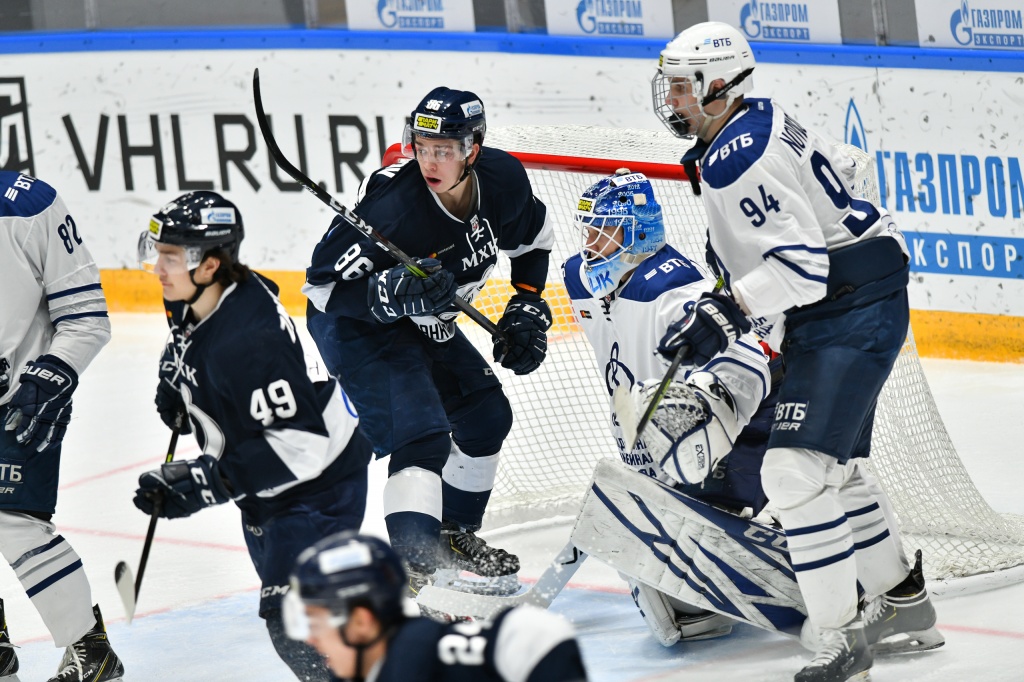 The gameday kicked off with the second game of the back-to-back series between JHC Dynamo St. Petersburg and JHC Dynamo Moscow. Home side came out hot right out of the gate – just two minutes in Daniil Kalmykov stole the puck and wired it past Ivan Kulikov. Soon after that he scored his second of the game as he buried it from the slot after Pavel Ponosov’s shot. The visitors did everything they could to get back even before the intermission and late into it Arman Iritsyan put Moscow on the board as well.

However, St. Petersburg restored the 2-goal margin early in the second period – Pavel Kuznetsov found his target. Moscow found themselves down 2-man after that and Dmitry Rashevsky converted on the man-advantage to make it a 4-1 hockey game. Later in the period Mark Katsevich brought Moscow back to within two as he went top-shelf on Makar Chufarov but St. Petersburg grabbed the momentum again. Sergei Bolshakov made it 5-2 before the intermission.

Nevertheless, Moscow got another goal in the opening minute of the third stanza – Mikhail Bitsadze hit the twine. Moscow rushed down the ice looking for the equalizer and pulled their netminder late in regulation but Dmitry Rashevsky iced it with an empty-netter. JHC Dynamo St. Petersburg win the rivalry game 6-4 on home ice.