Taifun
News
“I am of the same “slow ship” style as my father.” Maxim Mayorov – about moving to Yaroslavl, national team debut and passion for tennis
“I bought a cake and gave flowers to my mom with my first paycheck.” Yaroslav Tsulygin – about his JHL debut with Tolpar
Was signed up for hockey at the age of three, was dressed as a goalie in an extreme situation and looks up to Datsyuk: take a closer look at the leader of Irbis and the hope of Ak Bars
Edgar Varagyan: “When we were on the plane, guys told me: “He is an enforcer, he would beat you up with no sweat.” I thought: things happen, he would beat me up and so what?”
“As time goes by, taking a flight to Sakhalin feels almost like being stuck in Moscow traffic.” Daniil Veremeichik – the JHL's Best Player on Social Media
“Working out in a gym is a type of rest for me.” Ivan Murashov had the best season of his career, dreams of playing in the KHL and has not eaten any fast food for two years
“Condensed milk is the only unhealthy food available for the national team.” Raul Yakupov – about the Black Sea Cup, the KHL debut and the season with Reaktor
“Four years in the JHL was a great time. Winning the Cup with Dynamo was the best moment.” Ivan Didkovsky about junior phase of his career
Share

Four regular season games took place in Parimatch Junior Hockey League on the last day of fall. All of them were Western Conference matchups. We take a look at Saturday action in this review.

Kapitan come back from behind twice, beat Krasnaya Armiya on the road 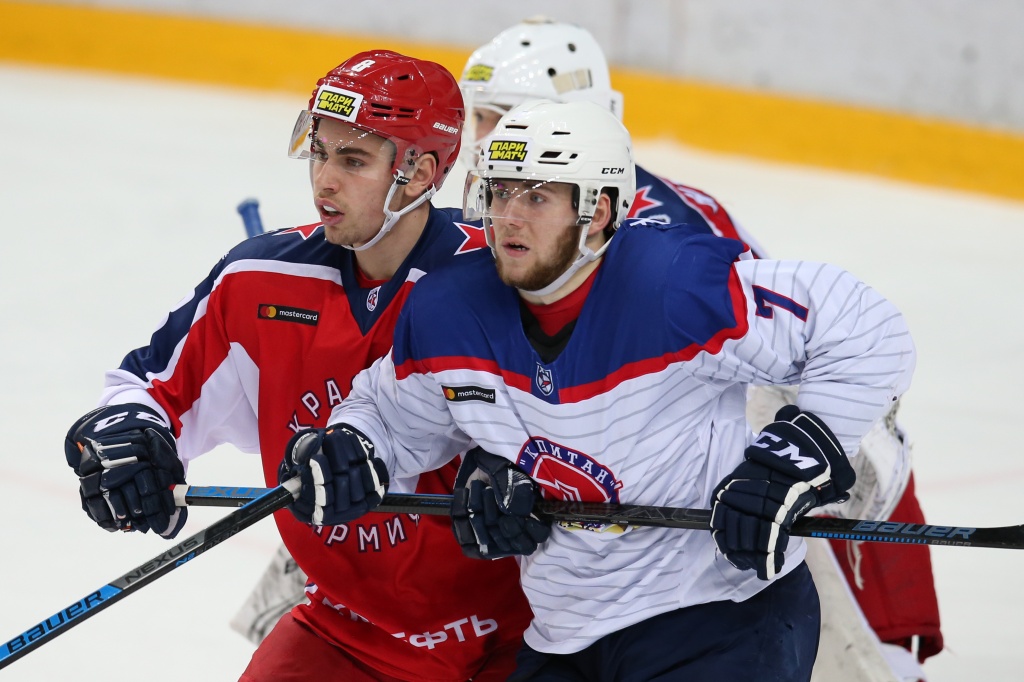 In the first game of the day Krasnaya Armiya Moscow faced HC Kapitan Stupino at CSKA Ice Sports Palace. Stupino got an early power play opportunity but went on to get two penalties in a row and ‘army men’ converted on the latter. Artyom Pugachyov made the visitors pay for having too many men on the ice. Early in the second frame Grigory Ponkratov tied it up but soon after that Moscow got their lead back as Yegor Korbit found the back of the net.

The visitors brought it back to even again. Early in the third stanza Alexander Kulagin scored off assist by Fyodor Kroshchinsky. The teams stayed level in regulation and Kapitan won the extra point in overtime as Danila Filippov found the back of the net with 24 seconds remaining on the clock. Stupino enjoy an important 3-2 win in overtime on the road.


Linnik scores a hat-trick to lift Amurskie Tigry over Spartak 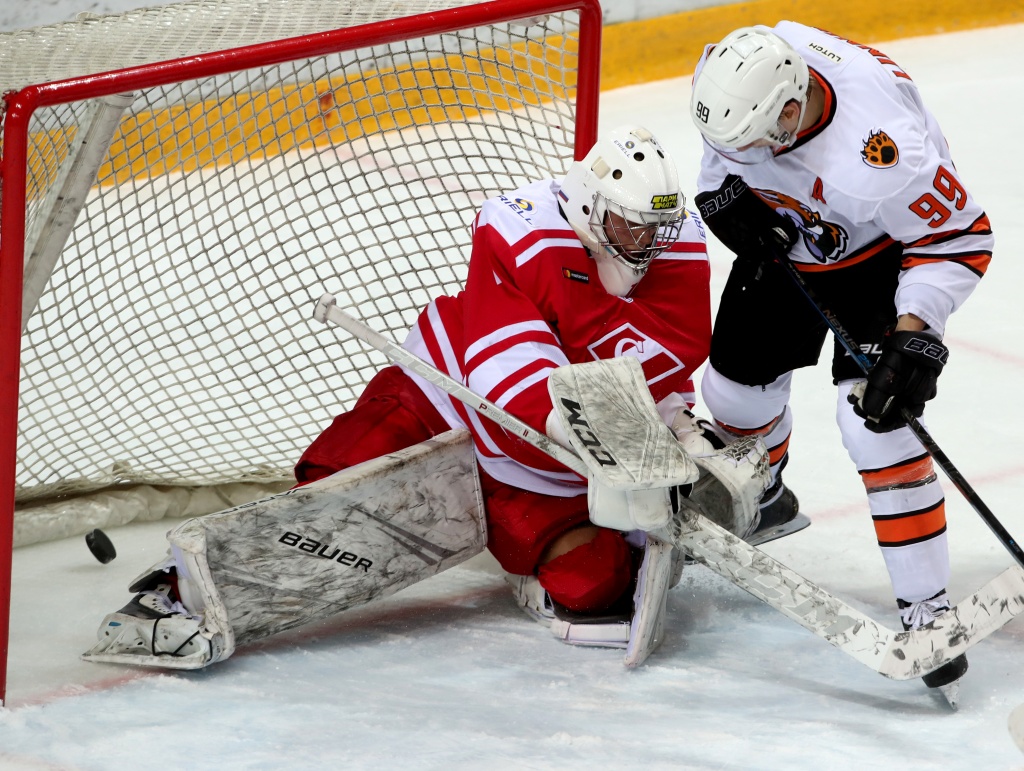 JHC Spartak Moscow faced Amurskie Tigry Khabarovsk for the second consecutive time. The day before Spartak enjoyed a great opening period but this time around it was the visitors who capitalized on their scoring chances better. Konstantin Kukharev, Sergei Ivanov and Nikita Linnik got a marker each for the ‘Tigers’ while Ruslan Novruzov got a tally for Moscow. Home team pulled back to within one as Novruzov scored his second of the game in the the third period but Linnik went on to score his second goal as well to make 4-2 Khabarovsk after 40 minutes of play.

The red-and-white did their best to turn things around but Khabarovsk played well defensively and managed to score their fifth goal of the game. Four minutes into the third period Linnik completed his hat-trick and thus set the final score. Amurskie Tigry take it 5-2 on the road. 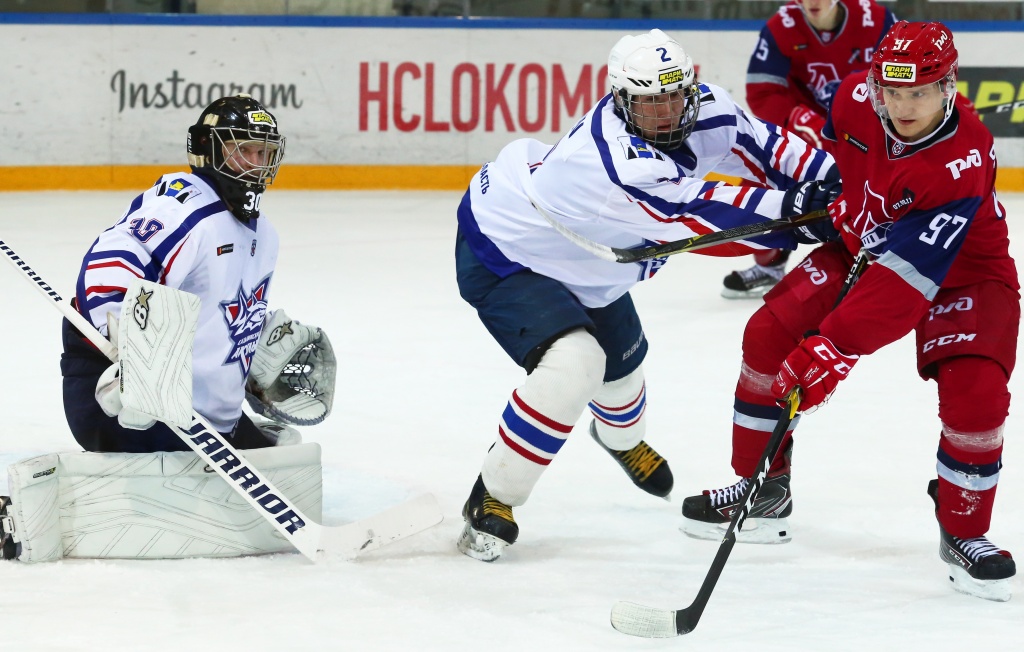 Loko Yaroslavl once again played hosts to Sakhalinskie Akuly. Yaroslavl managed to open scoring after taking their first penalty of the game. Yuzhno-Sakhalinsk got too deep in the offensive zone, allowed a counter-attack and Maxim Beryozkin scored in transition with a one-timer. Early in the second period Maxim Denezhkin sniped one home with a beautiful wrister. Late in the period Stepan Nikulin capitalized on a power play and he also further improved the lead in the very next shift.

Sakhalinskie Akuly gave in to their emotions in the third stanza. Daniil Kuptsov got a 10-minute misconduct for checking to the head. Yaroslavl made it a 5-0 hockey game late in regulation – Semyon Sigorin converted on a man-advantage. Vladislav Okoryak stopped all 23 shots he had to face for a shutout. 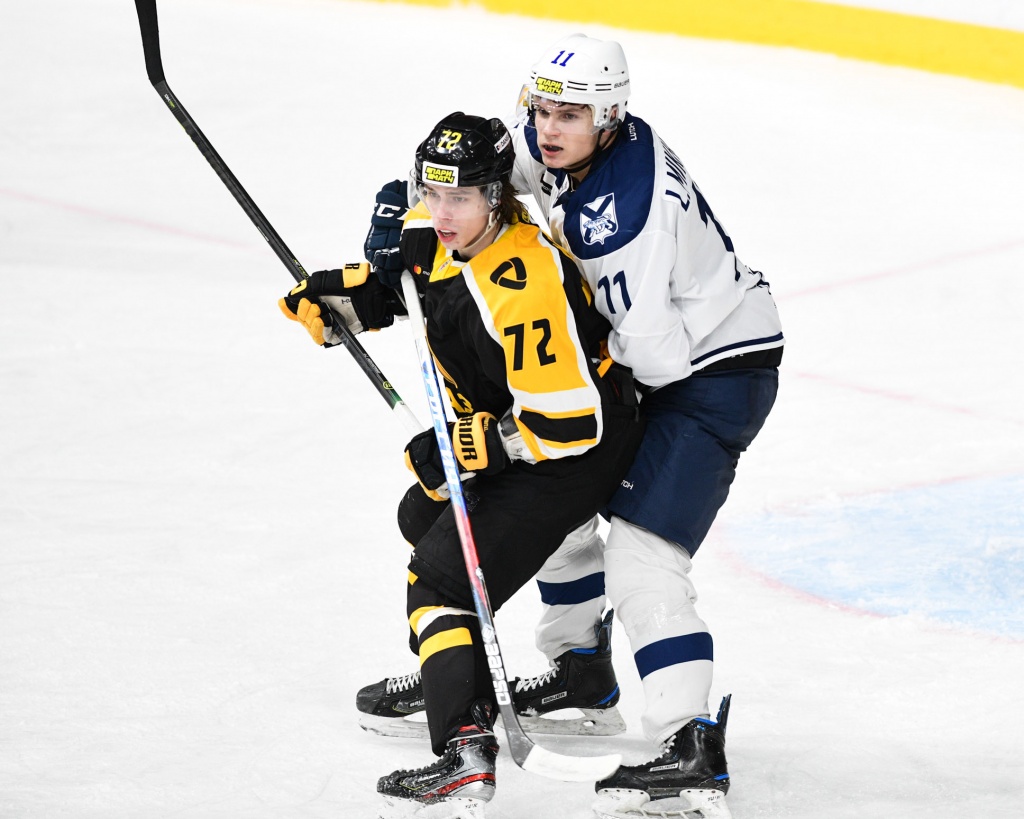 Last game of the day was held in Cherepovets where Almaz hosted Taifun Primorie Region. First period of action turned out to be eventful – the visitors allowed two goals less than six minutes into the game as Yegor Chizhikov and Vladislav Fyodorov found the back of the net. Ivan Gamov replaced Yegor Sinegubkin between the pipes for Taifun and the visitors managed to get back even – Ivan Bunov got a goal back and then Ivan Lapshin converted on a power play to tie it up 2-2. Late in the period Taifun found themselves shorthanded and Cherepovets capitalized on their man-advantage as well – German Grachyov got the tally.

Home team took twice as many shots as Primorie Region and had two power play opportunities but couldn’t change anything on the scoreboard. Taifun failed to pull off the comeback. Cherepovets worked the clock and German Grachyov set the final score with his second of the game. Almaz win 4-2 on home ice.