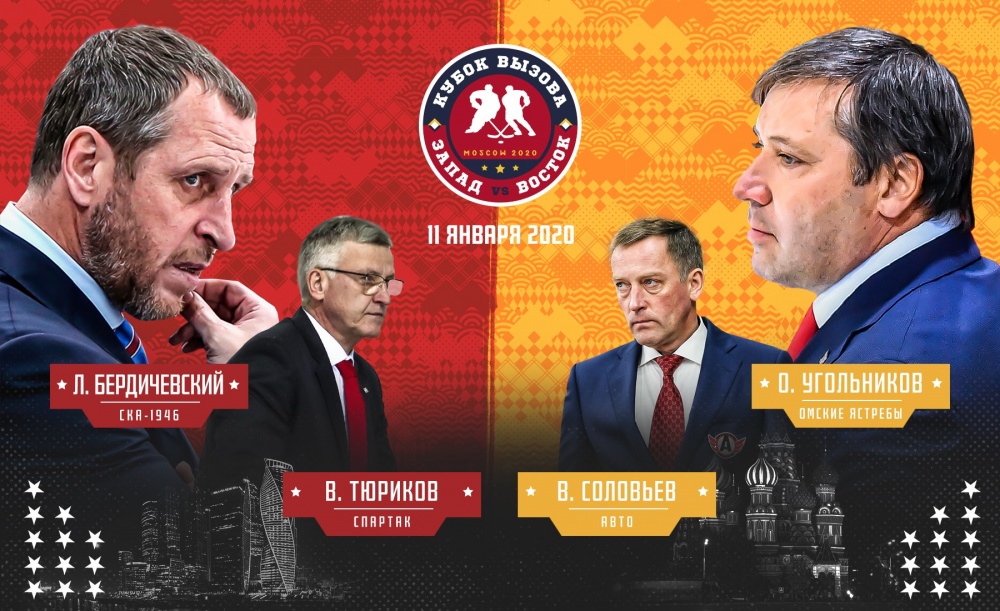 Vitaly Solovyov was a goaltender on Kedr Novouralsk and SKA Khabarovsk. He also spent three years with Avtomobilist Yekaterinburg. Solovyov began his coaching career with Metallurg Magnitogorsk junior hockey school, graduating several classes. His alumni were core players on Stalnye Lisy, who won the inaugural Kharlamov Cup in 2010. In the 2017/2018 season Solovyov took the helm of Avto Yekaterinburg and a year later made it to Kharlamov Cup Finals.

Vladimir Tyurikov is Spartak Moscow junior hockey school alumnus. He spent most of his career as a defenseman on Spartak. Tyurikov played 19 seasons for the red-and-white for a total of 702 games, scoring 63 goals and notching 76 assists. Tyurikov is a 2-time Spengler Cup champion, 5-time silver medalist and 2-time bronze medalist of USSR Championship. After retiring Tyurikov has coached in Spartak system, assisting Oleg Bratash in the 2013/2014 when the red-and-white won the Kharlamov Cup. Excluding short intervals, Tyurikov has worked with Spartak for six years.