Five regular season games took place in Parimatch Junior Hockey League on November 3rd as 10 Eastern Conference teams hit the ice. We take a look at all action in this Sunday night review. 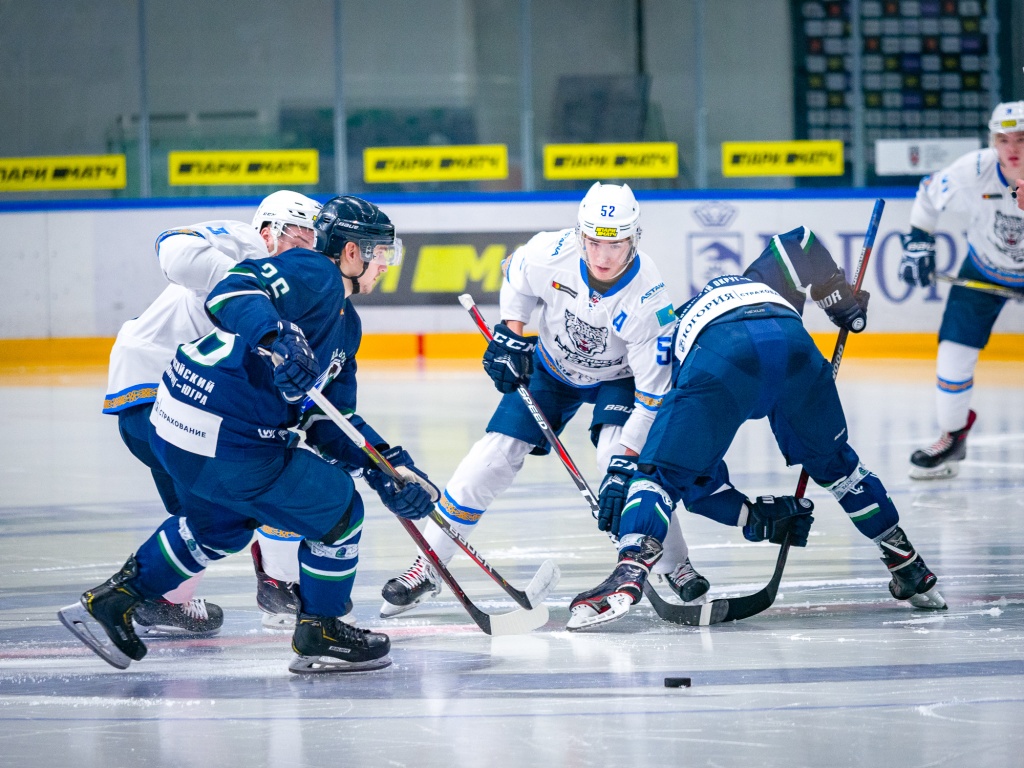 The gameday began with a matchup between neighbors in the standings – Mamontyu Yugry, who occupied 15th spot in the East, faced Snezhnye Barsy Nu-Sultan – a team with the second worse record in the conference. Both teams had 14 points prior to the game but Kazakhstan team had played four games more.

Home team got off to a great start. Just a few minutes after the opening face-off Ivan Ezhov streaked down the wing, skated to the slot and beat Roman Kalmykov in tight. Dmitry Burlutsky’s men managed to grab the momentum – Mamonty Yugry had one possession in the offensive end right after another, while Konstantin Kuzmaul had very little work to do. Home side had three power play opportunities but they failed to improve their lead before the intermission.

Snezhnye Barsy couldn’t stay out of the penalty box in the second period, which led to another goal past Kalmykov – Vasily Atanasov received a pass from behind the goal-line and sent it upstairs from open ice for his 1st career Junior Hockey League goal. A few minutes later Khanty-Mansiysk rookie Damir Shirgaziyev got a rink-wide pass from Matvey Neganov and scored his debut goal for the ‘Mammoths’.

The game calmed down in the third period. Snezhnye Barsy had a few great scoring chances. For example, early into the frame Konstantin Kuzmaul had to make a soccer-like diving save as the net was wide-open. Despite his heroics, he couldn’t carry the donut to the finish line. Sergei Starygin’s side dominated late in regulation and capitalized on a 2-man advantage. However, they couldn’t complete the comeback. As they went on another power play, the ‘Mammoths’ scored an empty-netter to seal the deal.

Mamonty Yugry end their 3-game losing streak, while Snezhny Barsy lose their 6th game out of the past 8.
GAME PHOTOS 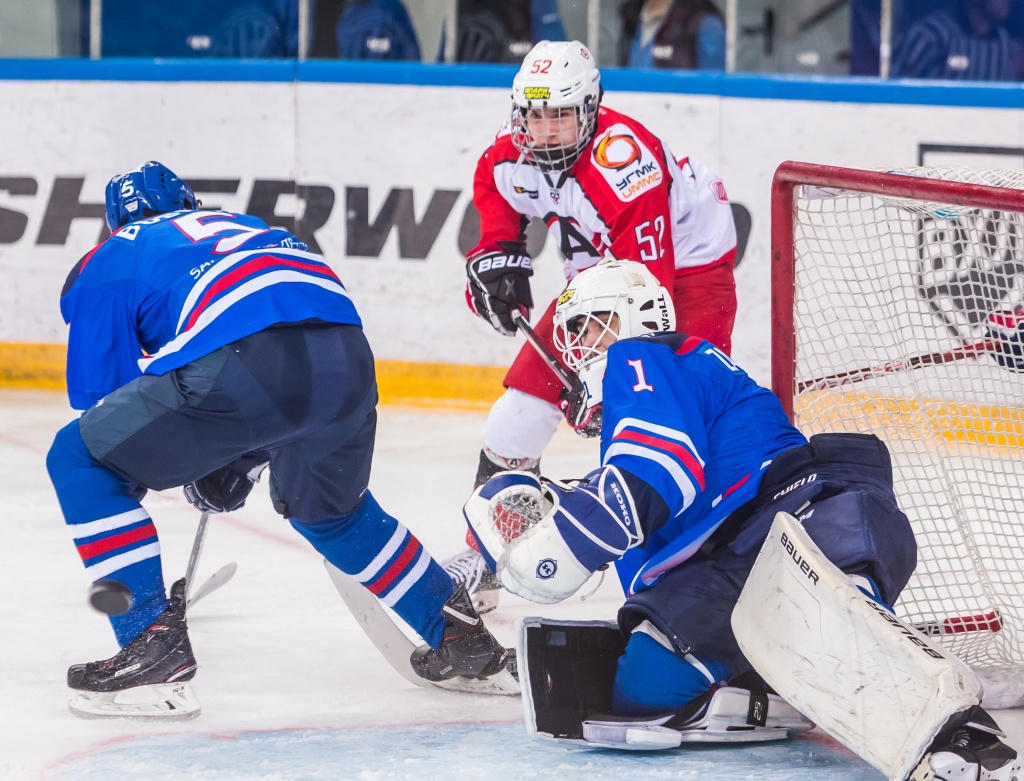 Both teams had a string of losses coming into the game. Avto Yekaterinburg, who were on top of the East just recently, lost the spot after three consecutive losses, while Ladiya Toglaitti lost four in a row.

First period of play featured no goals. The visitors were much more aggressive offensively, peppering Artyom Zabrodin from all over the place. Despite having a serious advantage on the shot-clock, it was the home side who scored first. Early into the second period Stepan Steshenko took a shot from a poor angle and the puck banked into the net off Mikhail Isayev. It took the visitors just four minutes to get back even – Yuri Salov sent it just under the bar to convert on a power play. Nevertheless, home side headed to the dressing-room for the intermission leading by a goal – Salov had to take a penalty to stop a breakaway but Yegor Bystrov scored on the ensuing penalty shot as he beat Isayev between the pads.

Vitaly Solovyov’s men were lights out on a power play as they capitalized on 3 attempts out of 4. Avto’s special unit was the key to turning the game around in the third period. First Sergei Sibiryakov tied it up on a man-advantage and with less than two minutes later Alexander Fomintsev put Yekaterinburg in the lead.

The teams exchanged goals in the remaining 10 minutes of regulation. Ladiya went for one final push but shot themselves in the foot with yet another penalty. With this 4-3 success Avto end their losing streak, while handing Togliatti their 5th consecutive defeat.


Ibris rise to playoff zone after soaring past Kuznetskie Medvedi 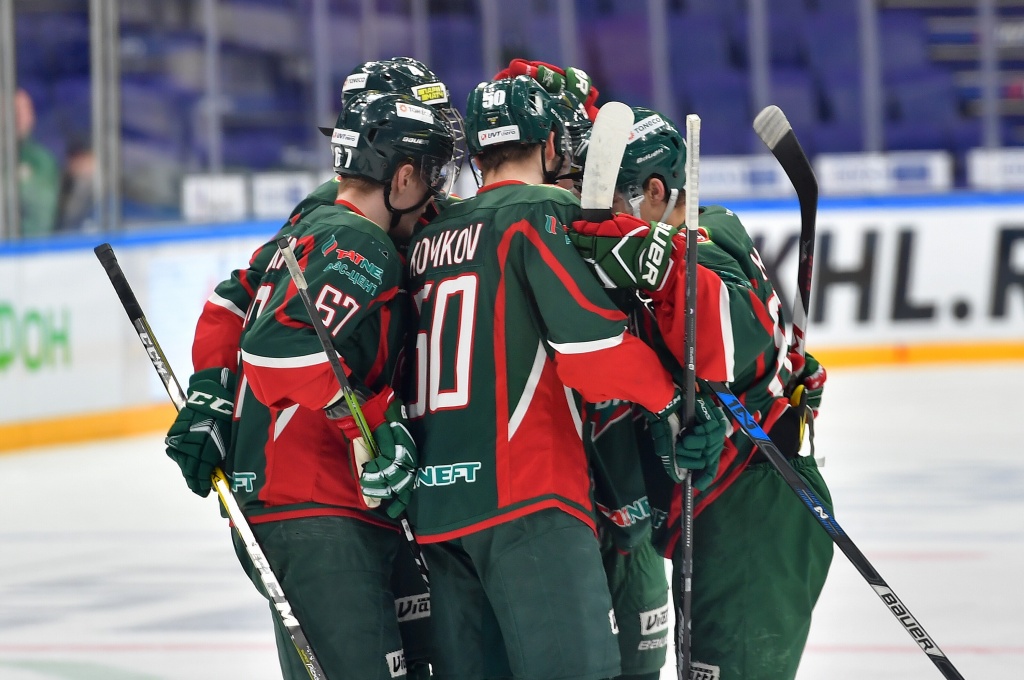 There were very few scoring chances in the first period. The goaltenders combined for just 14 saves over the stretch. Nevertheless, both teams found the back of the net. Home team got on the board first – Adel Bulatov solved Gleb Bannikov. Less than a minute later Nikita Selivanov brought it back to even.

The visitors fell apart in the second stanza allowing as many as three goals – Kirill Krutov scored twice for Irbis, while Danil Klimov’s goal forced Novokuznetsk coaching staff swap Bannikov for Kirill Kuznetsov. However, he got scored on rather soon as well. Kirill Mukhin set the final score in the third period of action as Kazan steamrolled over Kuznetskie Medvedi.

With 27 points Ilnaz Zagitov’s men are back in the playoff zone, while Kuznetskie Medvedi sink to the 15th spot, getting surpassed by Mamonty Yugry.

Chayka give Snaipery a run for their money, lose in overtime 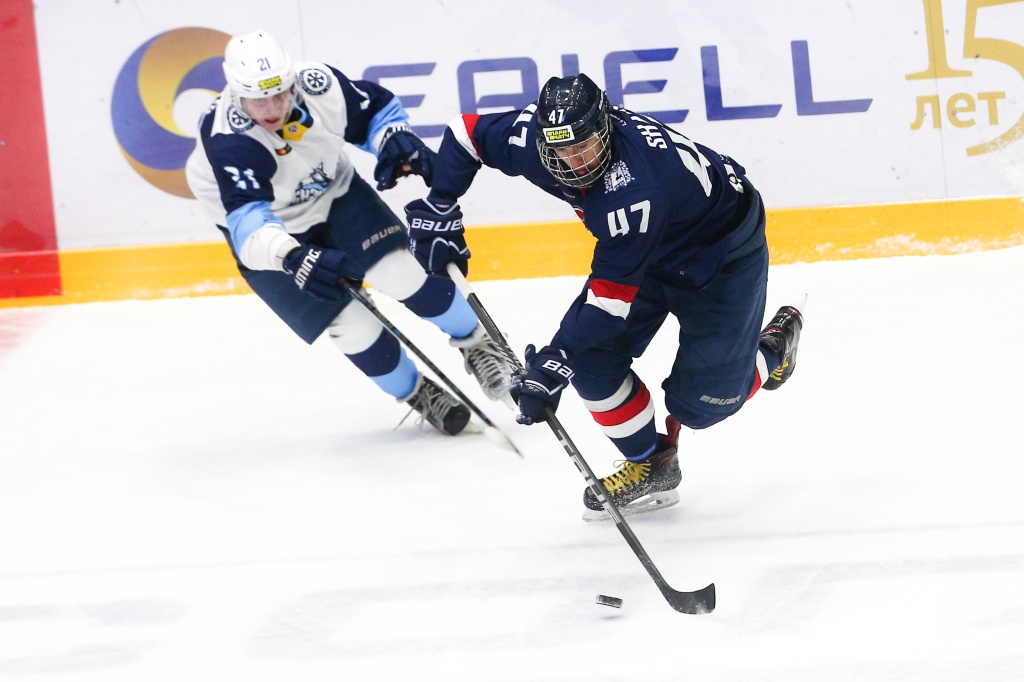 Despite the fact that the matchup brought together two teams from opposite poles of the standings, it was a close game right till the end. Sibirskie Snaipery dominated in the first 40 minutes of play. Novosibirsk took a lot of shots on Dmitry Menshatov and made almost no defensive mistakes. Chayka patiently played defense and tried to make the most out of the scoring chances. The visitors had three leads in this one but Nizhny Novgorod found an answer every time. Dmitry Gogolev’s men scored 3 goals on 27 shots, while Chayka had the same result on just 9 shots.

Chayka had the momentum on their side in the third stanza. Overtime featured almost no scoring chances but with 16 seconds on the clock Sibirskie Snaipery got one over the goal-line and edged Nizhny Novgorod, bouncing back from two consecutive losses to Omskie Yastreby. 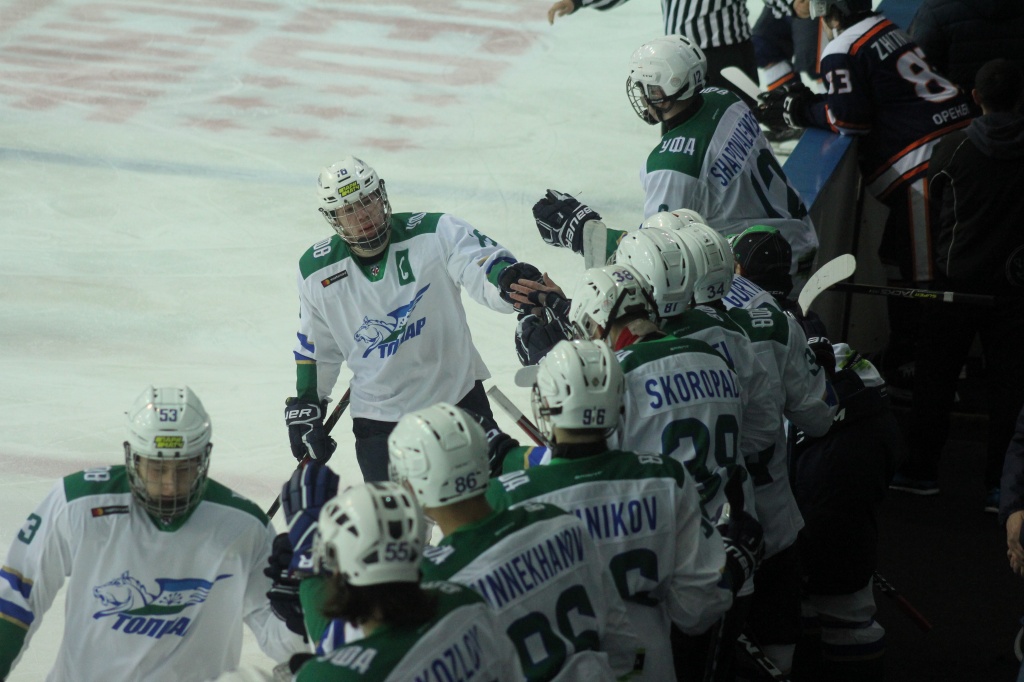 The gameday ended in Orenburg where Ufa major junior team began their long road trip with a bout against local Sarmaty. The teams occupy different ends of the table but first period of action featured a rather close game. Home team spent more time in the offensive zone but it was Tolpar who got on the board first. Danil Aimurzin got it past Alexander Gilev.

Sarmaty looked good in the second frame as well. Home team could tie the game up on a powe lay but Dmitry Braginsky made a few huge saves for his team. Home team’s cracked towards the end of the stanza as Tolpar got hot and scored two in a row – Sergei Shapovalenko and Alexander Pashin got a tally each.

First few minutes of the third period made it clear who was going to win the game. A minute after the action resumed Pashin scored his second of the game and a minute later Andrei Kuznetsov added a security marker. Gilev was swapped between the pipes by Timerkhan Faizulin, who thus made his season debut.

With this 5-0 victory Tolpar extend their winning streak to 10 games. Notably, Ufa won their past three games in blowout fashion. This successful streak brought Mikhail Vasiliev’s men to a stone’s throw away from topping the conference as they’re just one point behind the leading team.