SERGEI SAFIN-TREGUBOV: “I WANT TEAM PORTUGAL TO BE COMPETETIVE AGAINST TEAM RUSSIA” SERGEI SAFIN-TREGUBOV: “I WANT TEAM PORTUGAL TO BE COMPETETIVE AGAINST TEAM RUSSIA”

Top rookie of September among defensemen Sergei Safin-Tregubov opens up about his first steps in hockey, Portugal, Christiano Ronaldo and much more.

Hockey journey
I came into hockey by accident. My parents brought me over for a far-away land – Portugal. My dad was getting ready for soccer but it was a tough deal in Ufa back then. My mom brought me to a hockey practice and I fell in love with it right away. So I decided to sign up for it. Boris Mikhailovich Timofeyev was my first coach. I worked with him all through my childhood. He raised me as a person and a hockey player.

Portuguese language
Unfortunately, there aren’t a lot of people around here who speak Portuguese. I talk to my parents and sometimes call my friends in Portugal. They congratulate me on my birthdays. I can’t speak as well as they do but when I go back to my home country, everything comes back to me and I have no trouble speaking. 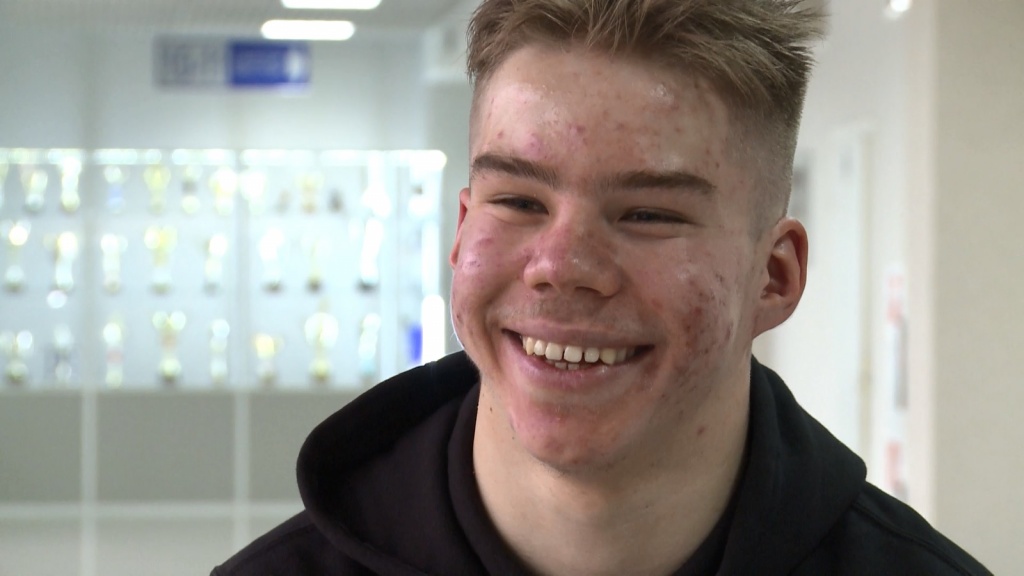 Top defenseman of September
I tried to do my best from the get-go, show what I’m capable of and get adjusted to the league. I was changing after one practice and Andrei Kuznetsov announced it in front of everyone. To be honest with you, I was shocked. My whole family congratulated me. Of course, it’s great to see the result of your work. Now I have to move forward and set the bar higher.

Playing on offense
We play pretty mobile hockey. Everyone plays both offense and defense. I like joining rushes. Sometimes coaches even scold me because sometimes I play as a winger. But I don’t do it too much. I backcheck, even though, I really like joining rushes.

Coach’s trust
Everyone gets a chance on our team. I’m given a lot of time to prove myself and gain experience. As Mikhail Alexandrovich Vasiliev says, ‘Trust is easily lost and hard to earn’. That’s why I do my best to gain his trust with my play.

Expectations vs. Reality
I bonded well with the team. Of course, there’s room to grow. It takes a while for some people to get into the rhythm but I began working hard right away. Perhaps, I didn’t set any high bars in the beginning but my teammates help me out. I think, luck has been on my side so far.

Wearing capital C
I was offered to captain the team back in the pre-season. I didn’t expect to get it right away. But everyone on the team supported it and I didn’t faze. I can bear this responsibility no problem.

Captain’s business
Everything goes through me but I have alternate captains. Andrei Kuznetsov and Daniil Alalykin. They really help me. I try to motivate my teammates. We huddle up before the game and everyone pumps each other up.

Playing in mask
I’m going to wear full-face protection mask until the end of the season. It’s safer this way. I’m too young to wear a visor yet. I want to adjust to the league at a moderate pace, get used to it and then take the mask off. 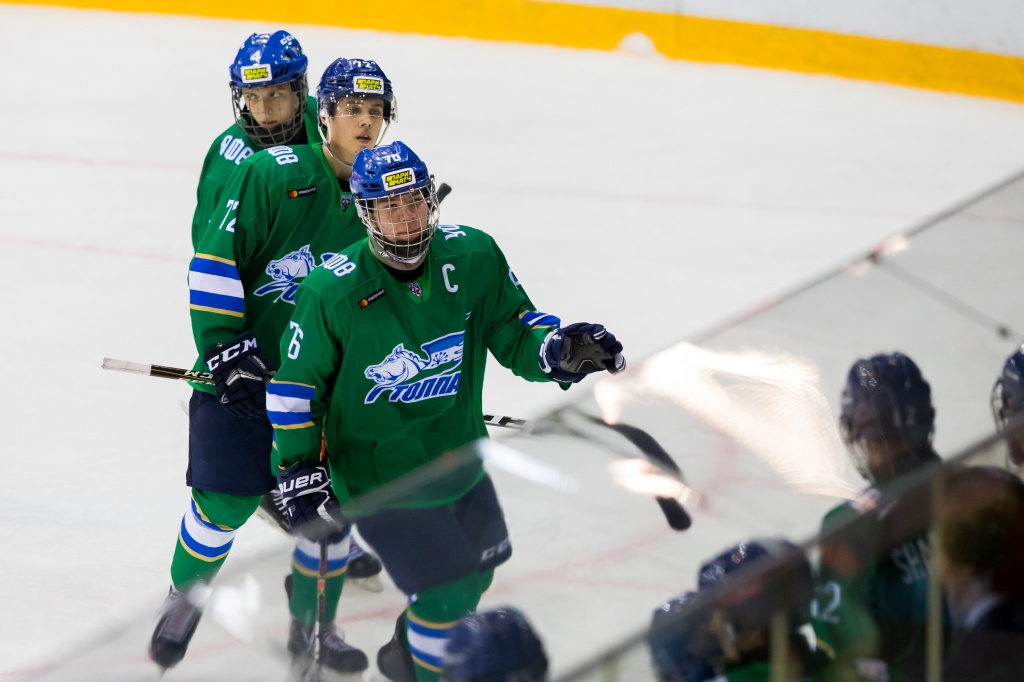 Birthday
Some pulled my ears, some didn’t. My teammate Pavel Semyonov has the same birthday. Coaches and the boys congratulated me, patted me on the back, wished good luck and health.

About KHL
I have to move forward gradually. Although, Daniil Alalykin did a great job. He used his chance by a 1,000%. It’s an example that no matter how old you are, you still can get a shot and pounce on it. Of course, I would like to try myself there but if I’m not being called up, that means that it’s too early and I have things to improve.

All-Star Week
Of course, it would be great to make it to JHL Challenge Cup game and put my skill on display. But it doesn’t come first for me. I would like to win the Kharlamov Cup with Tolpar.

Being physical
I was a fan of Darius Kasparaitis when I was a kid. Even back in junior hockey school I tried to play physical hockey. That hip-check was very flashy, I still watch it every now and then. I love playing physical hockey.

Celebration Ronaldo style
He’s my favorite soccer player. He really motivates me with his work ethic and how hard he tries. He’s a self-made man and overcame big difficulties. There’s no one even in hockey who motivates me more than Christiano Ronaldo. He deserves great respect.

Hockey idols
Off the ice I try to stay away from hockey, because there’s too much of it in my life as it is. But I watch exciting games, such as the Green Rivalry in the KHL. I don’t have to go far for my idols. I really like Philip Larsen who plays for Salavat Yulaev. I loved watching Niklas Kronwall, although he’s already retired. It’s difficult for me to talk about forwards. I like offensive-minded defensemen who play on the blue line like quarterbacks.

Soccer
Back on the block and in a Portuguese soccer school I played as a forward. I have always loved to be a striker. In hockey it helps me to find my way around the offensive zone.

Dressing-room music
There are a lot of players on our team who like to put their music on. Denis Goryukhin and Danil Oleinikov are our designated DJs. They pump us up for the games and practices. We listen what we like and what’s trending.

Personal music
I always add new tracks to my playlist but I also like listening to old-time foreign hits like Tupac, for example, or Whitney Houston. Although, I usually listen to whatever the boys put on in the dressing-room.

Movies
Everyone’s got his own taste. This Joker movie recently came out. I think, everyone watched it and I think it’s the kind of movie you can watch two or even three times in the theater. I really liked it.

Self-criticism and motivation
I’m very self-critical even after good games. I try to stop doing that but my dad taught me when I was a little kid to learn from mistakes and improve. I’m still my biggest critic.

For Kharlamov Cup, I’m willing…
Give it everything I got on the ice, just as everyone else on our team. We all do the same job and for one goal. Everyone will do everything to bring the cup to Ufa for our fans.

Hockey in Portugal
Unfortunately, it doesn’t exist there but I like to hope that they will discover ice hockey someday. Who knows, maybe one-day Team Portugal can be competitive with Team Russia.

Fire Round
Messi or Ronaldo?
Ronaldo.

23 or 76?
It’s difficult to choose between the two numbers. At first, I wanted to get 23 but Ufa hockey legend Stas Golovanov had taken it. I would like to get the number off him in the future. 76 is also a good number, I don’t mind it.