Five regular season games took place in Parimatch Junior Hockey League on October 28th. Three of them were Eastern Conference matchups and the other two transpired in the West. We take a look at Monday action in this review. 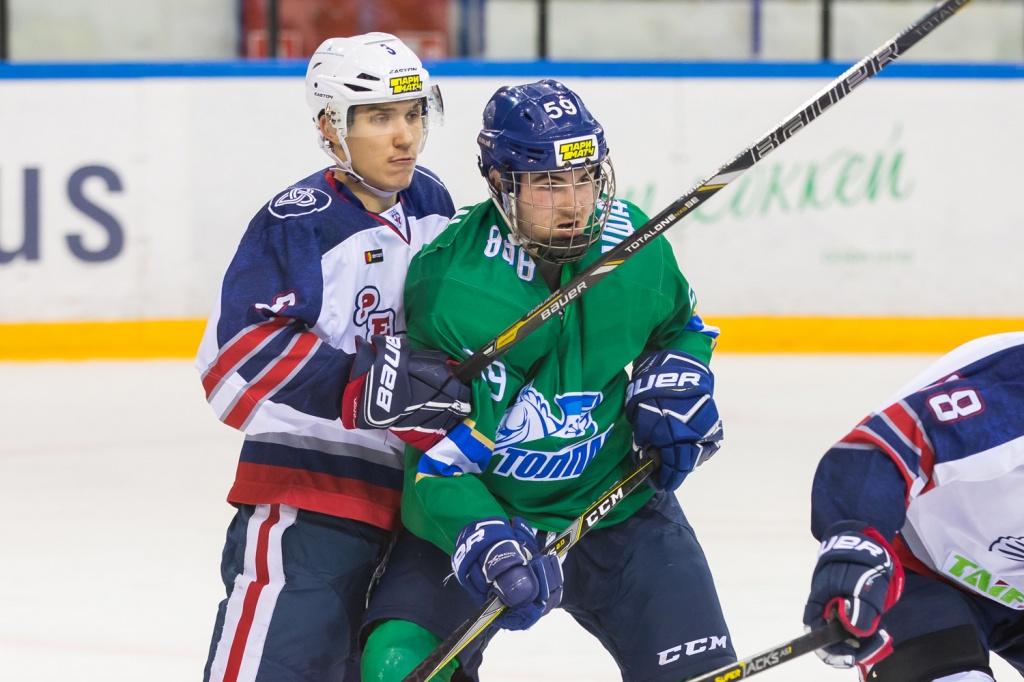 Tolpar Ufa once again faced Reaktor Nizhnekamsk. The day before home side won in blowout fashion and this time the game followed a similar scenario. Tolpar scored a goal more than a day before, while the visitors got a goal less. Nizhnekamsk opened up the scoring this time around – Maxim Polkin found the back of the net. Tolpar came out looking very different for the second period. Within the opening ten minutes of play they scored four goals – Nikita Skoropad, Vladimir Bakanin, Danil Alalykin and Andrei Kuznetsov got the markers. After that Danil Aimurzin scored a shorthanded goal and Alexei Pustozyorov improved the lead to 6-1.

After that Yaroslav Ozolin was relieved by Azat Shakirov between the pipes for Reaktor but Ufa scored on him as well. Kuznetsov got his second of the game in the third stanza, while Semyon Chistyakov and Pavel Semyonov added a tally each. Reaktor lose by a blowout once again, as Tolpar take it 9-1. Ufa combined for 17 goals in two games. 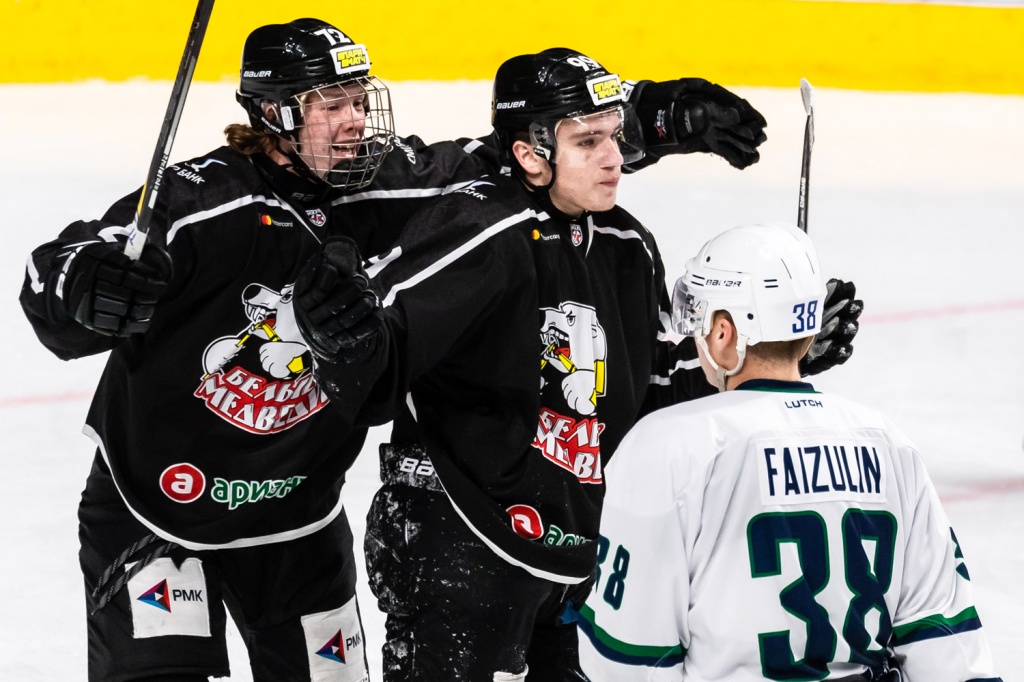 Belye Medvedi Chelyabinsk played hosts to last season’s bronze medalists Mamonty Yugry. First goal of the game came on the initial power play attempt – Ivan Shiryayev buried the rebound past Konstantin Kuzmaul. They improved their lead to 2-0 in the second frame – Danil Zinovyev, who had picked up an assist on the first goal, got a marker of his own. The forward jumped to the slot from the area behind the net and slipped it into a low corner. Khanty-Mansiysk got a goal back 13 minutes into the period – Kirill Rudenko tapped it home on the rebound on Bogdan Senotov’s shot.

The ‘Mammoths’ went into the third stanza with a strong desire to get the equalizer, peppering Viktor Selivyorstov with shots from all over the place but Chelyabinsk netminder was in no mood to allow anything else. As for the home side, they got another one – Zhan Yakutsenya caught Kuzmaul off guard with a snipe. Belye Medvedi win 3-1. 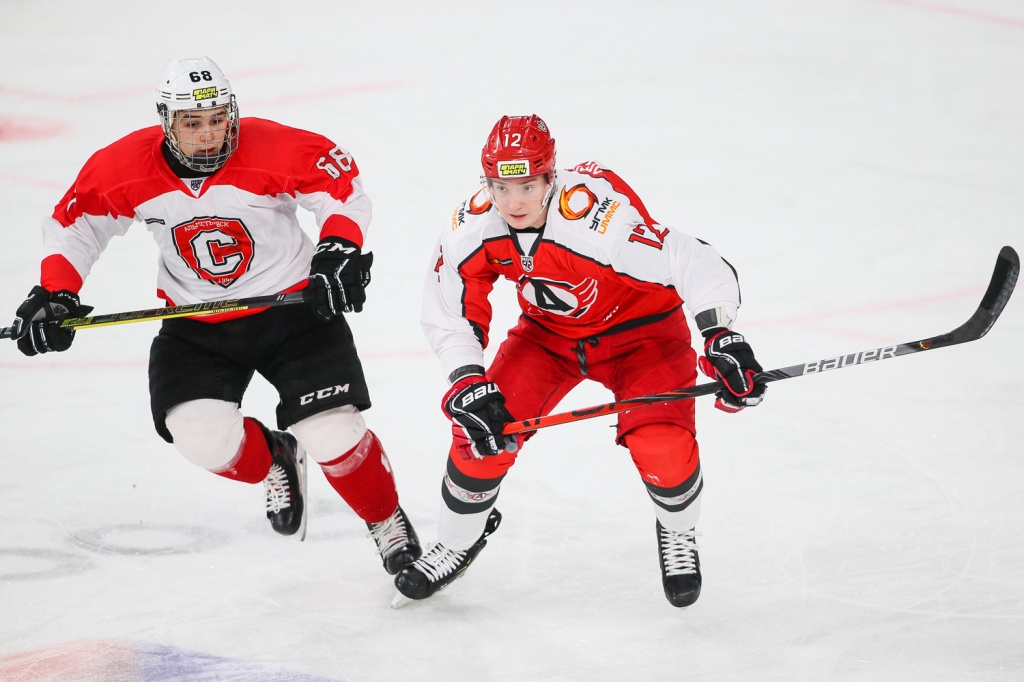 Avto Yekaterinburg went up against Sputnik Almetyevsk, who won a hard-fought game the day before. Vitaly Solovyov’s men grabbed the momentum from the get-go but it was Almetyevsk who got the first goal of the game – Oleg Zyabov found his target just under two minutes in. The visitors had a chance to double their lead early in the second frame but Mikhail Isayev pulled off a great save with his pad. Almetyevsk evened the game out in the period and didn’t let the opposition spend much time in their end.

Yekaterinburg failed to turn the tables in the third stanza. Rail Nasyrov made a few huge saves for his team. When Avto pulled their netminder for the extra-attacker and threw everything they had at Sputnik, Almetyevsk stole the puck and Timur Zakirov hit the empty cage. Nasyrov went on to stop 28 shots and Almetyevsk beat Yekaterinburg for the second consecutive time. 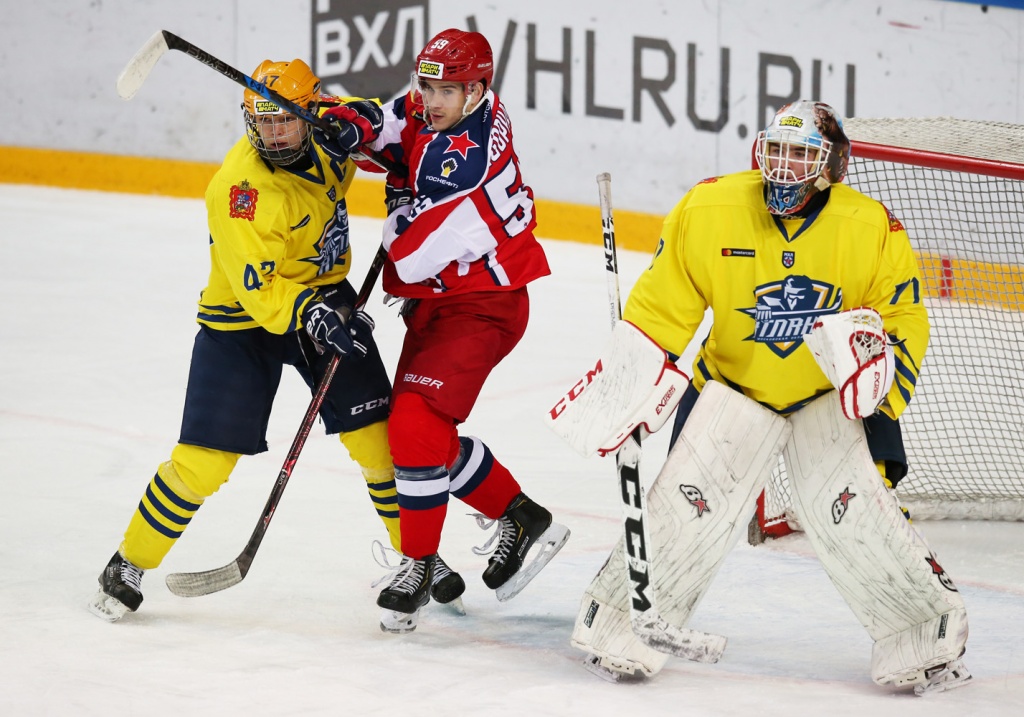 Krasnaya Armiya Moscow defended the ice against Altant Moscow Region. ‘Army men’ established a comfortable 2-goal lead by the 7th minute – Leonid Klimov added another tally to his ever-growing total, while Nikita Dolgopyatov had opened the scoring. Georgy Kopylov’s minor proved to be crucial for Moscow Region. Takhir Mingachyov’s marker had to be reviewed but it was confirmed in the end.

The visitors got a goal back and they did it shorthanded – Grigory Nesvetayev netted one after Nikita Miller was sent to the penalty box for checking to the head. However, Krasnaya Armiya soon restored the 3-goal margin – Dolgopyatov scored his second of the game. Nine minutes into the third stanza he completed his hat-trick, thus setting the final score at 5-1 in favor of Moscow.


Spartak get a shutout win in Riga 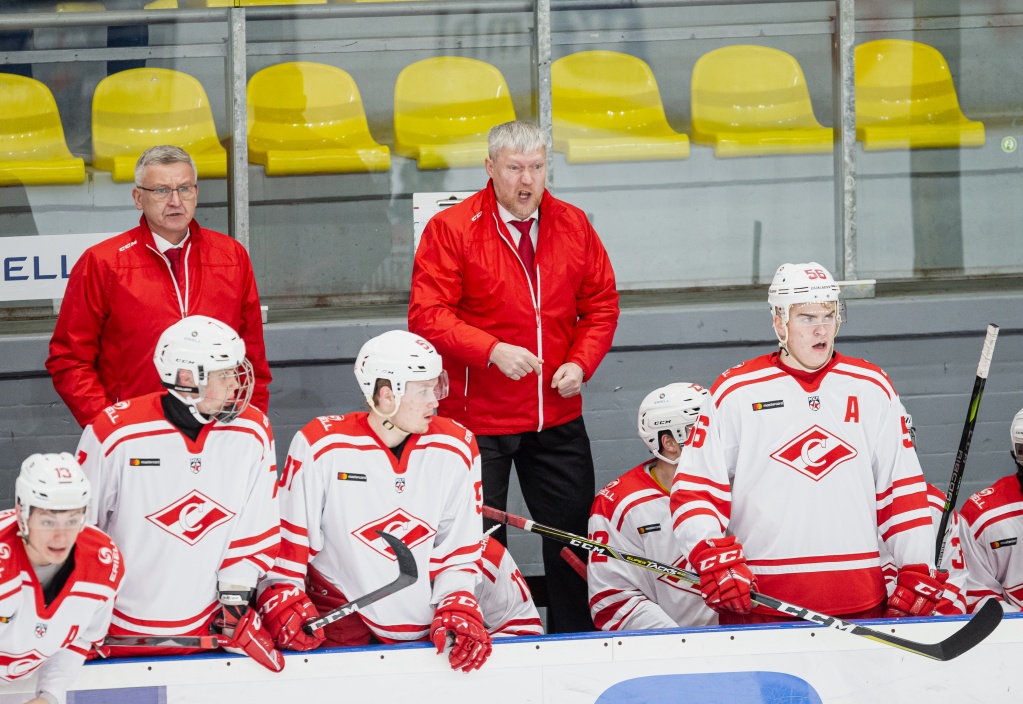 In the final game of the day, which was held at Inbox Arena in Pinki, Latvia, JHC Spartak Moscow entertained HK Riga. Both teams opted for fast-paced hockey and they game promised to be intense. The fans didn’t get to see any goals in the opening period of action. There were very few scoring chances and several penalties on both sides. The red-and-white spent almost the entire second frame playing with a man-advantage and managed to break the deadlock only towards the end of it. With 24 seconds on the clock Yegor Kravchenko solved Janis Voris.

Midway through the third period the red-and-white improved their lead as Nikita Borodayenko found the back of the net. Emotions were flying high after that and Riga ran into a penalty problem. Home side did their best to turn things around late in regulation but Ruslan Novruzov iced it with an empty-netter. Spartak win 3-0 as Dmitry Kulikov stops all 35 shots he had to face for a shutout.